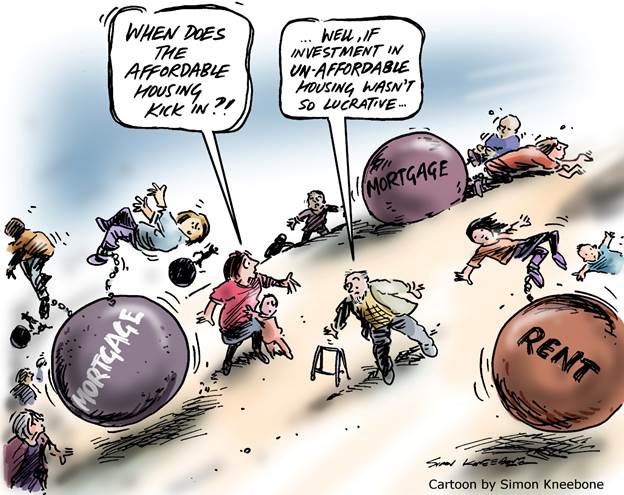 Like much of the nation, Boulder is experiencing housing affordability challenges. Though Boulder has implemented a variety of affordable housing policies, we continue to lose ground. This is eroding our economic diversity.

Income diversity and its preservation is critical to also preserving social and political diversity. Political diversity is critical to a well-functioning democracy. Thus, it is imperative that Boulder broaden and strengthen its affordable housing approach to, at a minimum, retain the economic spectrum of the population that currently lives here and ideally, broaden that spectrum. The good news is that we can achieve durable and increased housing affordability that also respects long-held community values.

PLAN (Peoples League For Action Now)-Boulder County has proposed a comprehensive set of polices as a basis for an affordable housing strategy for Boulder. “Affordable housing” for the purpose of this article is housing that is affordable to the range of households from low to middle-income.

There are short-term and long-term policy development exercises that can progress concurrently. It’s important that the public sees progress on this issue and we don’t become mired in multiyear, public fatiguing processes, with few tangible results. Thus, certain policy elements should be applied in phases with short, medium and long-term timelines that can run concurrently. The short-term exercises, if implemented as pilots, can inform the longer-term efforts while concurrently building community support thought testing and demonstration before permanent policies are enacted.  Pilots also allow for local context adaptation.

This article is an abbreviated view of the PLAN-Boulder County affordable housing proposal and highlights the key elements as follows:

1) Increase the affordable housing percentage of overall housing: The City should develop regulations and policies to ensure that development and redevelopment does not result in a net percentage (of overall housing) loss of housing units, or numerical loss of housing units, that are affordable to low to middle income households.

2) Preserve existing affordable housing: Focus upon mobile home and apartment communities. Forty-eight percent of total existing housing is affordable to middle-income households. But 1,000 of those units annually, are being lost to gentrification, market increases and redevelopment. Preservation of these units is the most cost effective, efficient and least impactful means of maintaining affordability.

Within the next 6 months, City Council should conduct an economic analysis of the cost and efficacy of purchasing, or facilitating the purchase by residents, of housing currently affordable to low to middle-income households. There may be an investment the community is willing to make in its economic diversity if only the City will establish the costs and benefits.

4) Under current policy, just replacing (and making no gains) the aforementioned 1,000 annual affordable unit losses, will require creation of 4,000 new units annually, a 9,680 or 9 percent annual population increase. Three thousand of those units will be market-rate — that is, unaffordable.

Over the next 25 years, this would mean the creation of 100,000 (25 years x 4,000) new units just to stay even with the current rate of unit losses. That represents a population increase of 242,000 for a total population of 349,167, which is a 325 percent increase over the current population, making Boulder larger than Pittsburgh and St. Louis. Such dramatic changes have not been sufficiently evaluated or explained to the community.

6) Balance potential job growth by converting commercial and industrial zoned areas to a mix of uses, including permanently affordable housing: This will both increase the housing supply and decrease a significant root cause (commercial development) of demand for housing.

7) Subcommunity Plans, Area Plans and Neighborhood Plans: These are plans affecting different scales of granularity within the city and are foundational to achieving results where most people feeling they gain something rather than the all-too-frequent zero-sum outcomes, or perceived pre-determined outcomes. These plans are essential to equitably integrating stakeholder concerns into the planning process for future growth, land use, housing affordability, transportation, carbon reduction and many other policies.

These plans can address affordability needs and also result in the preservation of Boulder’s community characteristics, its neighborhoods and quality of life. The plans should serve as the foundation for affordable housing strategies that affect different areas of the city and must include significant citizen direction in their development.

8) Seek regional solutions for housing affordability: Boulder has long been a regional commercial and employment center. While Boulder can and should carve out a protected portion of the housing market to provide housing affordability, housing all the people in the region dependent on Boulder employment, in Boulder, isn’t realistic. As the most expensive “neighborhood” in the regional community, it also is not realistic to presume that all these people can be affordably housed in Boulder. The region has a role to play.  Improved public transportation networks are critical to regional solutions.