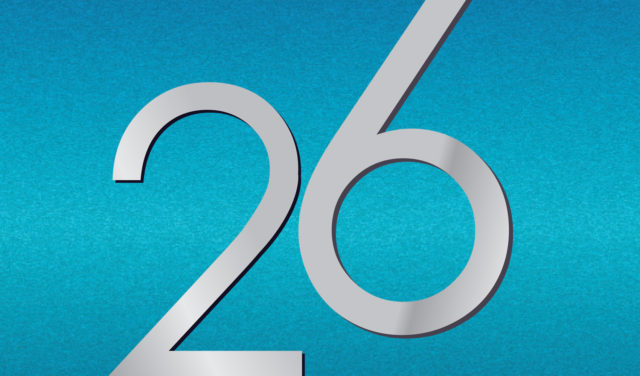 Several years ago I became aware of a powerful yet simple model of life, called the Four Ashramas. According to Hindu tradition, each of the Ashramas, loosely translated as “stages,” has a name and purpose. They are: Brahmacharya (student), Grihastha (householder), Vanaprastha (retired) and Sannyasa (renunciate). Each of the Ashramas lasts approximately one-fourth of our lives, so if we envision a human life as lasting 100 years, each stage lasts roughly 25 years.

In the context of Boulder Weekly’s 26th anniversary, I want to use the Four Ashramas concept to illustrate where our media organization stands at this point in its history, as well as how my role as owner, and the roles of the company’s management team, in general, are changing. To do so, I am augmenting the translations of these four stages to: 1) Learning. 2) Building. 3) Downloading. 4) Empowering.

Throughout the Learning stage of our lives, we typically live in our parents’ home, go to school, engage with peers, discover who we are and what we are interested in, and choose a path for our lives. During the first 25 years of my life, I learned that I was passionate about justice, possessed good communication skills, and had an aptitude for business that led me to want to go into business for myself. Concurrently, although unbeknownst to me at the time, the individuals who would one day comprise the Weekly’s current management team today were also developing the skills and sense of self-identity that would cause our paths to intersect.

In the Building stage, we generally find ourselves starting a career, establishing a household with a partner, having kids, generating income and becoming consumers. This stage of my life began right on cue when, at the age of 26, I got my first job in the media business and shortly thereafter started my own company. Indeed, I spent the next 25 years building my businesses, including, most recently, Boulder Weekly. And, of course, there were many others who participated in the building stages of the Weekly. This particular stage involved the long hours, stress and aggravation that come with building a business, but it also delivered many rewards and a deep sense of satisfaction.

For our purposes in the present context, we will now skip ahead to the Fourth Ashrama, which we are calling Empowering. In order for any organization to thrive in a sustainable way, it is of vital importance that the builders of that organization create a plan to empower others to do that which the builders will one day no longer be able to do. Like it or not, the aging process is real, and as Joni Mitchell sang (in “Circle Game”), “We’re captive on the carousel of time.”

And those of us who have built Boulder Weekly from a mere idea into an irreplaceable Boulder County community institution are beginning to feel the need to empower a new generation of leadership within our organization. Only in this way will we ensure the future success of the Weekly, not only with respect to the engagement of those with the stamina to deal with the rigours of running a small business with a never-ending series of deadlines, but also in terms of bringing new, fresh ideas to the table that will maintain our relevancy for many years to come.

Now, back to the Third Ashrama. A few years ago, I found my needs changing as I entered this third stage of my life, the Downloading stage, which I am currently in the midst of. Those of you who are in this stage, or who have passed through it, will understand that there is enormous pressure in our culture to stay in the Building stage indefinitely. Consequently, the need to move on to the Downloading stage sneaks up on you. But at a certain point I realized that I could not continue to put in the long hours and endure the stress of navigating the Boulder Weekly ship, and that I needed to turn over the reigns to others. This is consistent with the Third Ashrama, and a natural part of the life of an organization and the people who comprise it.

In the summer of 2016, I became aware of the availability of one of the most talented and highly respected media professionals in the country: Fran Zankowski. Fran was most recently the CEO and publisher at the Colorado Springs Independent, and had also been a top-level media executive for decades, including president of the board of directors of our trade group, AAN (Association of Alternative Newsmedia). After coming on board in 2016 as Associate Publisher, and following a period of intensive downloading, I promoted Fran to Publisher of the Weekly in September 2019, while changing my own title to Founder/CEO.

Similarly, I want to announce that after two tours of duty, spanning the entire 26-year history of Boulder Weekly, award-winning journalist and author Joel Dyer has also reached the Third Ashrama of his life, and will be turning over the reigns of the Weekly’s editorial department to Managing Editor Matt Cortina, effective with the Feb. 6 edition. Like myself, Joel will remain on staff to continue the downloading process, making sure that the 26-year history and tradition of our unique media organization are maintained. You will notice Matt’s title changing to Editor, and Joel’s title to Editor at Large in next week’s edition.

It is important to place the dawn of a new generation of leadership at the Weekly in its proper context. Despite -— or perhaps due to — what has happened to many media organizations during the past decade, Boulder Weekly has experienced unprecedented success during the last five years. Journalistically speaking, during that period the Weekly has won more SPJ (Society of Professional Journalists) awards than any other print medium in the entire Rocky Mountain region, including all of the dailies. And financially speaking, the past five years have been the most successful in our history, exceeding the previous seven years combined!

Therefore, we believe that Boulder Weekly is built to last, and we are committed to making sure that we continue to provide the kind of news, arts and entertainment coverage our great Boulder County community deserves, even as those of us who founded and have guided this organization through its formative years begin to focus on other priorities of a more personal nature.

For now, though, Joel and I will still be keeping a watchful eye on our “baby.” We and many others, past and present, have given our heart and soul to the Weekly, and you can rest assured that we will make sure that the present and future leaders of Boulder Weekly continue the tradition of illuminating truth, fighting for justice, championing the cause of the underdog, and magnifying the things that make life in Boulder County worth living.