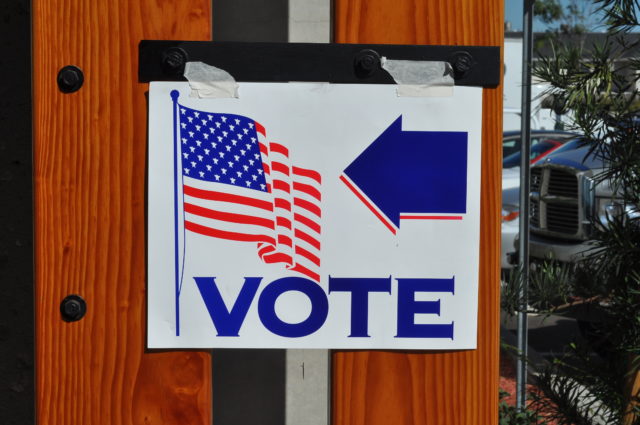 I have a modest proposal for a sure-fire, 100-percent certain way of keeping Putin or anyone else from meddling in American elections.

Get rid of elections.

A lot of Americans think that the only way a country can have a functioning democracy is for the people to elect their leaders every few years.

But there is another way. It’s called “sortition.”

Or more plainly, selection by lot.

The practice of selecting leaders by lot is at least 2,500 years old; the Athenian democracy, sometimes considered the world’s first, used it to choose all its magistrates, including the archons (the heads of the executive branch of government) and the members of the boule (a council of 500 who served as sort of a combination Supreme Court and day-to-day administrative supervisors).

All those wanting to serve in a particular public office had their names listed on a purpose-built device that displayed them at random. The winners generally served for a year.

The system was used for close to 200 years (up until the Macedonians conquered Athens in 338 B.C. and dissolved the system in 322 B.C.)

A similar system could easily be adopted by the U.S.

A person seeking any public office — senator, congressman, governor, state legislator, county commissioner, sheriff, chicken inspector, etc. — would buy a ticket in the lottery for the particular position. The price of the ticket would be nominal, say no more than $10. The funds would go to paying the costs of the lottery.

The qualifications you would have to meet to buy a ticket would be the existing qualifications for the office, including the citizenship, age and residency requirements, plus any special requirements associated with the office, like having to have a law degree to be a district attorney in Colorado. (And maybe one more — you wouldn’t be allowed to buy a ticket until you had passed the test immigrants wishing to become U.S. citizens must take.)

Those who meet the qualifications would be allowed to buy only one ticket for a particular office, and the ticket would be non-transferable. The last two requirements would be needed in order to keep a rich person or a candidate with special-interest backing from buying up all the tickets (in effect buying the selection) or from buying the winning ticket after it is drawn.

The advantages that flow from this system are so mind-boggling as to cause Uncle Sam to swallow his gum:

It would get rid of the endless campaign. Since the only pathway for a candidate to political office would be to buy a ticket, there would be no point in writing a platform, holding rallies, giving speeches or attacking your rivals. Campaigning would be meaningless.

It would end mail voting, a system that maximizes the opportunities for fraud, voter coercion and human error, while diminishing the role of voting as an act of civic responsibility and personal patriotism.

It would halt early voting, a practice that is a ticking time bomb in American politics. The day will come when a candidate wins with early votes, despite the emergence of game-changing information late in the campaign.

It would end attack advertising. When selection is done by lot, you could spend a billion dollars on political attack ads and not make a dime’s worth of difference.

It would make public office vastly more accessible to the poor. For $10 you would have a guaranteed shot at winning a public office, the odds to be determined entirely by how many other people wanted the job. Those odds in most cases would be a lot better than running for office under the present system — even for an office where half a million people bought a ticket.

You would make public office vastly less accessible to the rich. A rich person would have no better chance of winning as anyone else buying a ticket. The U.S. Senate would no longer be a millionaires’ club.

You would solve the problem of incumbents always getting re-elected. In a lottery incumbency, connections, money, even name recognition count for nothing.

You would diminish the role of PAC money in politics. They couldn’t buy elections, because there wouldn’t be any to buy.

But sooner or later, wouldn’t selecting leaders by lot lead to some real grafters, incompetents, knuckle-draggers and nutters getting in?

Sure, but so does selecting leaders by election. That’s why we have impeachment and recall.

The Athenians went one better; while they selected their leaders by lot, they deselected them by ballot. Athenians routinely voted on whether erring leaders should not only be removed from office but expelled from the country. The process was called “ostracism.” We’ll save a discussion of its charms for a future column.