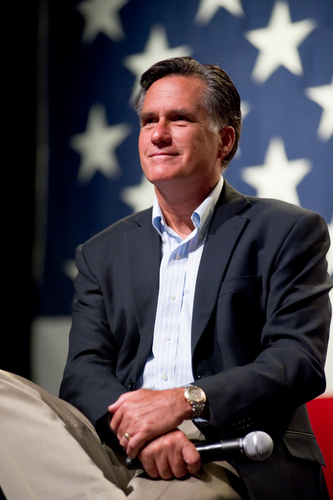 Joe,
the Romney campaign’s control-freakery makes for bad democracy, but I
suspect it’s a smart strategy. Consider the way Mitt’s personal approval
rating has bounced back over the past several weeks. As the GOP
primaries wrapped up, Romney was roughly as unpopular as late-era George
W. Bush. Now he’s about even with Barack Obama.

Since becoming the presumptive Republican nominee,
Romney’s favorable-unfavorable rating has jumped to 50%-41%, his best
ever and in the same neighborhood as Obama’s 52%-46% standing.

What changed? Well, for one thing, other Republican rivals are no
longer attacking Romney. That helps. But it’s not like he’s had a free
ride: the Obama camp has picked up where Rick and Newt left off.