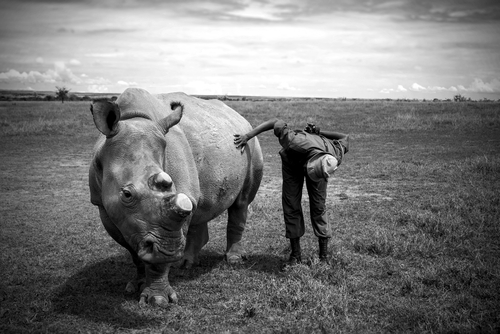 The BBC is reporting that 2013 was the worst year on record for the poaching of white rhinos in South Africa, a species that dwindled to a population of only 100 at the end of the 19th century.

A total of 1,004 animals were poached, representing a 50% increase over the previous 12 months.

The BBC cited newly released government records for the numbers.

The animals are slaughtered so their horns can be removed and used for holistic, junk medicine, despite the fact they have no more medical value than eating your own toenails. And the market for rhino horn is increasing.

Also from the BBC…

Conservation efforts are hindered by the high costs of protecting the rhinos against increasingly militarized poaching efforts seeking to cash in.