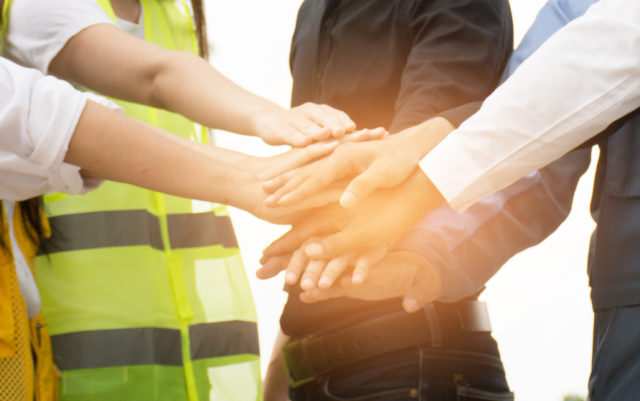 For the last eight years, Kristi Griffith has worked at the Colorado Department of Human Services (DHS) helping provide grants to organizations that work with children at risk of domestic violence, drug abuse, income insecurity and more. Her work, and the work done by the 4,000 other employees in DHS, provides a safety net for Colorado residents who encounter insecure and dangerous living situations.

But like many of her coworkers at DHS and the 28,000 other employees of the state, Griffith feels like she isn’t empowered to adequately voice her concerns about wages, work environment and workloads. That disempowerment, she says, has contributed to a 24% annual turnover rate in the department.

“I think people are frustrated with low pay and not getting paid when there are vacancies for doing extra jobs,” Griffith says. “If we have a high turnover rate, that means you have a high vacancy rate, which means you’re asked to take on additional duties, often doing two or three jobs for months at a time. The [state] hasn’t been great about differential pay … it’s not something that’s offered very often.”

Griffith says many state employees are frequently asked to do more for less. And while new administrations and legislators vow to provide support, nothing seems to change.

“I think each administration seems to want to address it; they act like they do,” Griffith says. “We get employee surveys each change of administration, but we don’t see change happening. We get told they’re making changes, and we don’t see it happen.”

Thus, a new bill — the Colorado Partnership for Quality Jobs and Services Act — is circulating in the state legislature and would allow state public employees to unionize and collectively bargain. If passed, the Act would codify an executive order signed by former Gov. Bill Ritter that set the groundwork for state employees to have a union representative, but because it’s not a statute, could be revoked at any time by a future administration and legislature.

“Legislation is needed so that state employees’ right to collectively bargain is recognized and secured in our state’s laws,” says Rep. Daneya Esgar (D-Pueblo) who is sponsoring the bill. “While the state always has the best intentions, the people who know the work best are the employees on the frontline. Having a formalized way for their input about the jobs they do and the services they provide to be included in setting the course for state services will result in improvements all the way around.”

The key mechanism in the bill is a provision that allows employees to negotiate directly with the state through their union representation about wages, working conditions, benefits and more. It’s a change from the executive order, which didn’t bind the state to such negotiations.

“The executive order only allows for there to be partnership meetings, which is in essence a meet-and-confer without any legally binding requirement to do what was agreed upon on in the meeting,” says Hilary Glasgow, executive director of Colorado WINS, the state employee union.

For instance, state Department of Corrections (DOC) employees recently stood before a state committee and described how understaffing and hazardous working conditions have contributed to a low employee retention rate in the department. With passage of the bill, Glasgow says, DOC employees will be able to sit down with department heads and the state to negotiate working condition standards — anything from uniforms and schedules to staffing and safety.

There is a no-strike clause in the bill, but Glasgow says that’s for good reason: “State employees do the critical background work of the state that can’t go undone. … You can’t have no one show up to work at a prison.”

Glasgow adds that although striking may be used by other unions, it is usually done as a last resort. And Esgar says the bill has language that ensures the state “will act in good faith.”

“The state cannot refuse to participate in the partnership process, for example,” she says.

Opponents argue the bill would increase costs to the state, but proponents counter that the current cost of retraining individuals and paying overtime costs to fill the one out of five vacant public jobs is higher.

Ultimately the bill is about giving power to public employees, to promote direct action in response to their concerns.

“Bringing people to the table who do the work to have a voice on how the work is done and how it’s compensated… to have a discussion that both sides are bound to,” Glasgow says, “these things are not rocket science.”