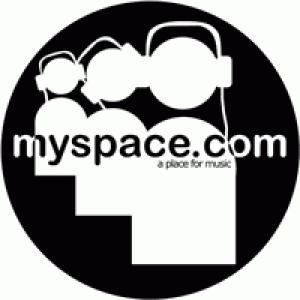 WASHINGTON — School officials were put on notice they
can be sued for violating the First Amendment if they discipline
students for vulgar and malicious postings on home computers.

The Supreme Court on Tuesday turned down appeals from
two Pennsylvania school districts that were successfully sued by
students who were suspended for creating mock profiles of their
principals as sex addicts or drug users. The students contended their
MySpace postings were off-limits to school authorities.

The cases highlighted how social media have blurred the line between on-campus and off-campus speech at schools.

In ruling for the students last year, the 3rd U.S.
Circuit Court of Appeals said school officials cannot police “off-campus
speech” unless they can show it caused a major disruption at school.
Based on that standard, the appeals court said the MySpace profiles of
the two principals were protected as free speech.

In one case, an eighth-grade girl posted a mock
profile of her principal, with his photo, that called him a “sex addict”
who enjoyed “hitting on students” in his office. A district judge
described the posting as “vulgar and lewd,” but the appeals court saw it
differently. “The profile, though indisputably vulgar, was so juvenile
and nonsensical that no reasonable person could take its content
seriously,” the majority said.

In the second case, a high school senior from western
Pennsylvania won free-speech protection for a MySpace profile of his
principal as a drug user, a “big fag” and a “big whore.” In a third case
from West Virginia, a girl sued but lost after she was suspended for
creating an online site that made fun of another girl as a “slut” who
had herpes.

A national coalition of school administrators and
counselors had urged the high court to take up the issue because of the
legal confusion. The Constitution “does not demand that school officials
remain idle in the face of vulgar and malicious attacks,” the
administrators said.

But without comment, the high court turned away the
appeals in all three school cases. Five years ago, in their last school
speech case, the justices were closely split on the reach of the
school’s authority. A 5-4 decision rejected a free-speech claim from a
student who was suspended for holding a banner on the sidewalk that said
“Bong Hits 4 Jesus.”

The court also turned down an appeal that sought to
allow a greater use of Christian prayers at county board meetings. The
justices let stand a ruling that the Forsyth County, N.C., board
violated the First Amendment by opening its sessions with a Christian
prayer. The judges agreed the board could open with a nondenominational
prayer.