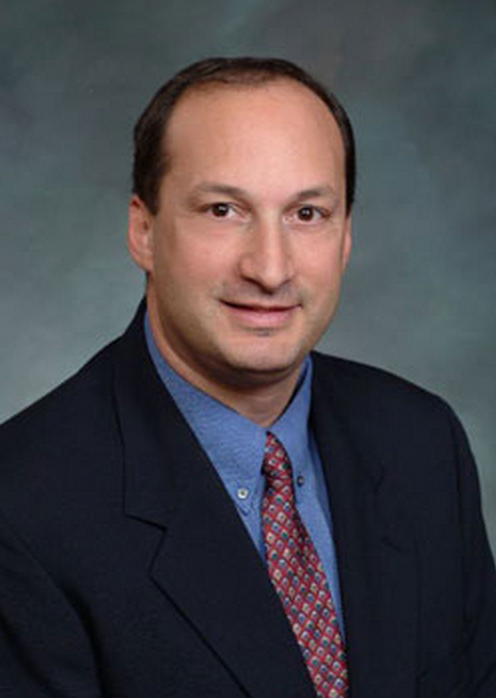 On the surface, the race for Boulder County Treasurer appears to be one of the least interesting issues on this year’s ballot. Democrat Paul Weissmann is running unopposed to replace incumbent Bob Hullinghorst, who is being term-limited out of office.

“I don’t like that it’s unoppsed,” Weissman says. “Most people aren’t that engaged. The campaign is the one real chance to talk to voters about your ideas.”

Weissman says his wife is on the other side of the fence, and toally fine with there being no opponent.

But to those outside the Weissman family, Unopposed lacks conflict, and the job of treasurer is decidedly not sexy.

But here’s the thing that makes it interesting: Weissman doesn’t really want to be treasurer. Yes, he wants the job, but he’s quite open about his ulterior motives.

“The motivator for me in this race is that there’s one guy [the county treasurer] that has contact with every board in the county,” Weissman says. “The thing that thrills me about this race and this position is to become a conduit for cooperation.”

It’s a slightly nebulous-sounding goal. But Weissman worked on and off in the state legislature for 20 years, and developed a reputation as something of a fixer, someone that bridges divides and makes things happen behind the scenes. And he says he kept running into the same problem: a lack of coordination between various agencies and departments; hubs where cities, counties and subcommittees could go to get the answers and resources they need.

“I look at the stimulus plan that was passed years ago. [At the time,] Lafayette was trying to find money for a firehouse. It would have been nice if there was one place they could have gone to find out about available money,” he says as an example.

Weissman says it’s little things, like coordinating where road maintenance begins and ends, or arranging where city and county snowplows turn around so that agencies like schools don’t have to bring in their own plows, that could make government more effective and efficient.

Weissman says he pitched the governor on the idea, but it didn’t get any traction. So he wants to try it on his own.

“It is outside of the purview of the treasurer,” he says. “But quite frankly, it’s work that makes sense.”

Outgoing treasurer Bob Hullingshorst doesn’t think it’s odd at all. In fact, he tried some of the same moves during his tenure as treasurer.

“I’ve tried to do that,” he says. “Not very successfully.”

But Hullinghorst isn’t trying to undercut his own accomplishments. He says the lack of success has more to do with resistance on behalf of county commissioners.

“There is a feeling that is of long standing, that the only thing that the county treasurer’s office should do is collect and distribute property tax and nothing else,” he says.

Hullinghorst says another of his successes was a lean government plan.

“We involved over 12 departments on our own initiative in the lean government program,” he says. “And I know that the community services program said in an open meeting that that had helped them in the recession to provide expanded service equivalent to staff members they didn’t have to provide budget for.”

One place he felt he could have done more was addressing that the largest amount of county money spent goes to the the criminal justice system.

“Fully 25 percent of the people in our county jail are there for failure to appear,” he says. “And the whole idea of all public employees getting behind an effort to reduce violence, especially bullying in the schools, is something I have very close to my heart. As a former cop, this is close to my heart, and I was especially discouraged that people came to me and said this was an area not to meddle in.”

But he doesn’t want to give the impression he is criticizing the County Commissioners.

“They just have other priorities,” he says.

Hullinghorst is glad Weissmann will be attempting to rise beyond the treasurer’s duties.

“I’m really pleased,” he says. “I may have encouraged Paul to think of the office that way. And I certainly hope that some of these things can continue. I expect Paul to be a leader. And I don’t expect him to have the same interests I do.”

And Weissman, for his part, is realistic that it’s not as much of a slam dunk as it seems like.

“It might not work,” he says. “If it doesn’t, quite frankly, I’ll be miserable because I’ll just be there pushing paper around. Give me a year and we’ll see.”

If it doesn’t work, he can always fall back on his weekend gig bartending at the Blue Parrot in Louisville.

“That’s my escape,” he says. “Also, quite frankly, it’s where some of the better ideas come from.”