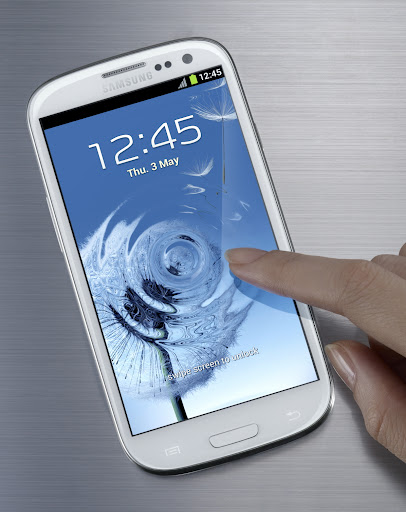 The global version of the device will
be using the recently-announced Exynos 4 Quad
quad-core system-on-chip — regional variants could be using
alternatives, just as the Galaxy S II did. The phone measures 8.6mm
thick (136.6 x 70.6 x 8.6mm, to be exact) which is actually a bit
thicker than the S II’s 8.5mm. The global version will support 21Mbps
HSPA , though Samsung is quick to point out that certain local models
will have 4G.

The hardware seems incremental over the Galaxy Nexus released late
last year, but Samsung’s touting some fascinating software
customizations — an emphasis on “natural interaction,” it says — that’ll
debut in the S III.