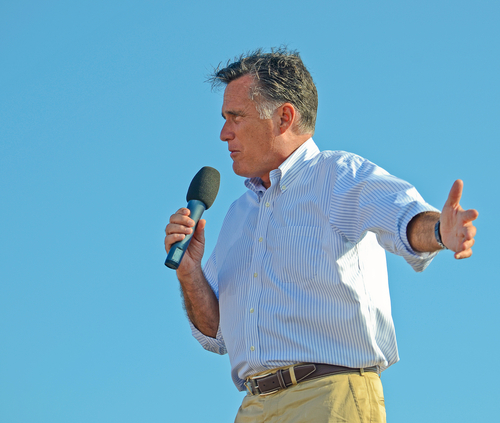 There’s a storm comin’. New York City has already made plans to shut down its public transportation as Hurricane Sandy barrels down on land and a winter storm forms in the north, possibly creating the perfect-yet-silly “Frankenstorm.” The Federal Emergency Management Agency is preparing to help East Coast residents survive the worst.

How would a President Mitt Romney prepare for such an event? By not doing much, according to a 2011 interview. Romney said at that time that states or the private sector should take over emergency management from the federal government, saying it was “immoral” to create federal debt to deal with emergencies.

“We cannot — we cannot afford to do those things without jeopardizing the future for our kids. It is simply immoral, in my view, for us to continue to rack up larger and larger debts and pass them on to our kids,” Romney said.

See the story at The Atlantic.