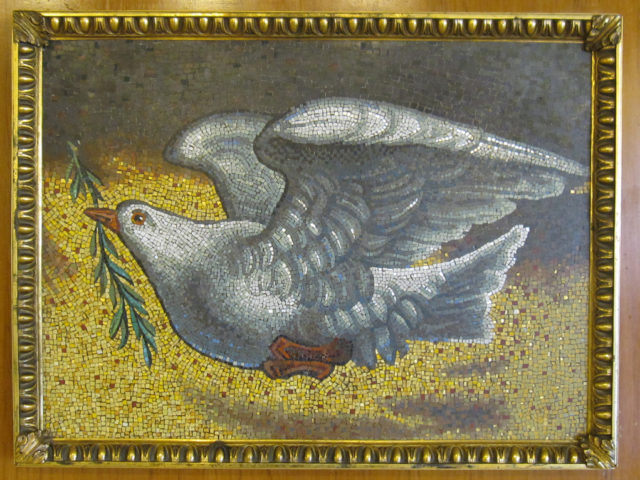 The Rocky Mountain Peace and Justice Center (RMPJC) is celebrating its 20th Anniversary. As part of the festivities, RMPJC will be hosting the 20th Annual Elise Boulding Peacemaker of the Year Award Dinner on November 12, at the Unity Spiritual Center of Boulder.

The Peacemaker Award is named for its first recipient, Elise Boulding. The respected sociologist, peace educator and activist was given the award in 1996. Since that time RMPJC has been presenting the awards to people from the Boulder County community and beyond who have, in the view of the RMPJC,  “made significant contributions to justice and a more peaceful world.”

This year’s Peacemaker Awards hit close to home for Boulder Weekly as editor Joel Dyer is among those receiving the award. When asked about having been named, Dyer says, “It’s incredibly humbling. When I look at the folks who have received this award in the past and those who are being honored this year, I find it hard to believe I merit such consideration. The announcement says that I have enhanced ‘the efforts of dedicated people to protect the earth and human rights.’ I can’t say this is true, but it is definitely the kindest thing that anyone could ever say about my work. I hope it’s true, because those ‘dedicated people’ really are the heroes of this world.”

The following are the 2016 Peacemaker of the Year Award recipients:

• Lifetime Achievement Peacemaker Award: Presented to Dan Winters for his lifelong commitment to justice and for his tireless work for peace at home, in the larger community, and in many of the war zones of the world.

• Peacemaker of the Year Award: Presented to Beverly Lyne, MSN, RN, for her lifetime commitment to ensuring exemplary medical care and support for vulnerable and unserved populations in their own communities; and for her commitment to social justice and world peace through her efforts to stop nuclear testing in Nevada, which led to the eventual cessation of all U.S. nuclear testing.

• Peacemaker of the Year Award: Presented to Joel Dyer, award-winning editor of Boulder Weekly, for his unwavering commitment to speaking truth to power, exposing injustices, and enhancing the efforts of dedicated people to protect the earth and human rights.

• Youth Peacemaker of the Year Award: Presented to The Black Student Alliance of the University of Colorado, for their compassionate, courageous, dedicated, persistent and effective work to make their vision of a just and inclusive campus a reality.

• Youth Peacemaker of the Year Award: Presented to The University of Colorado Vegan Justice League for their compassionate, courageous, dedicated, persistent and effective work to make their vision of a just and inclusive world a reality for all beings.

• Volunteer Peacemaker of the Year Award: Presented to Virginia Allen, for her tireless, skillful, dedicated and effective work in helping RMPJC achieve our mission of creating a culture of peace and justice.

The public is invited to attend the Awards ceremony which also serves as a fundraiser for the Rocky Mountain Peace and Justice Center.

The evening promises to be entertaining and delicious. It will include a vegan dinner provided and prepared by the food justice activists of Boulder Food Rescue. Beverages are being donated by the WiNot Coffee Shop in Niwot. As for tunes, the press release promises “interludes of special music throughout the evening by Flautist Gary Erb, the RMPJC Solidarity Singers and the amazingly talented indie/folk band, Heartstring Hunters.”

There will also be a silent auction. See you there.