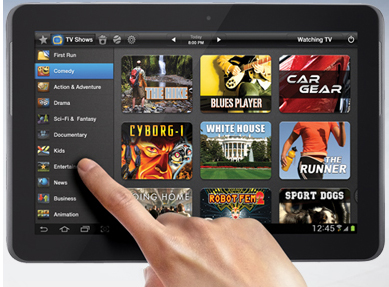 Months ago, deep in the heart of Barcelona’s Fira Montjuic exhibition
center, I played with Samsung’s 10.1-inch Galaxy Note tablet for the
first time. Booth attendants were quick to note that the units me and
thousands of other geeks were playing with weren’t quite final, but that
didn’t stop me from offering up some kind words for the tablet in training.

Now, nearly six months after that beautiful day in Spain, the Galaxy
Tab 10.1 is finally ready to take the stage here in the United States.
Samsung’s Galaxy Note phablet became a surprise hit
shortly after it launched last year, and Samsung is clearly hoping that
the Note formula will propel this new tablet into the big leagues.
Thankfully, the tablet that goes on sale tomorrow isn’t exactly the same
as the one that nearly every member of the tech press played with in
February — it’s definitely better — and if it weren’t for a few
shortcomings, the Galaxy Note 10.1 may well have been the Android tablet to beat.