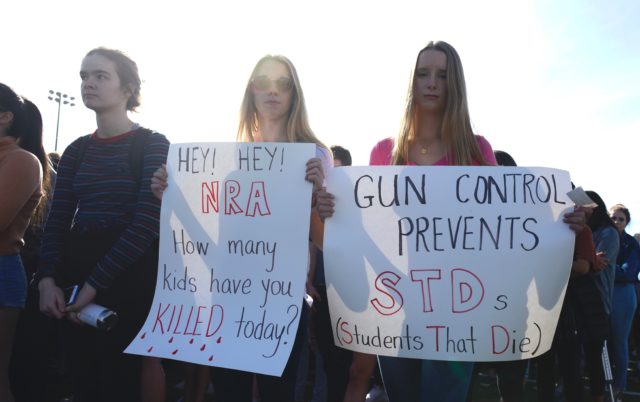 You could have heard a pin drop. At 10 a.m. Wednesday morning, March 14, nearly every student at Fairview High School walked out of class and marched to the school’s football field in absolute silence. Only the occasional cough or a camera motor drive interrupted the scene.

Once on the field, the hundreds of students, faculty, parents and members of the community stood in silence for an additional 17 minutes, a solemn tribute to the 17 people who lost their lives last month in Parkland, Florida, when a young man with an assault rifle slaughtered them at Marjory Stoneman Douglas High School. 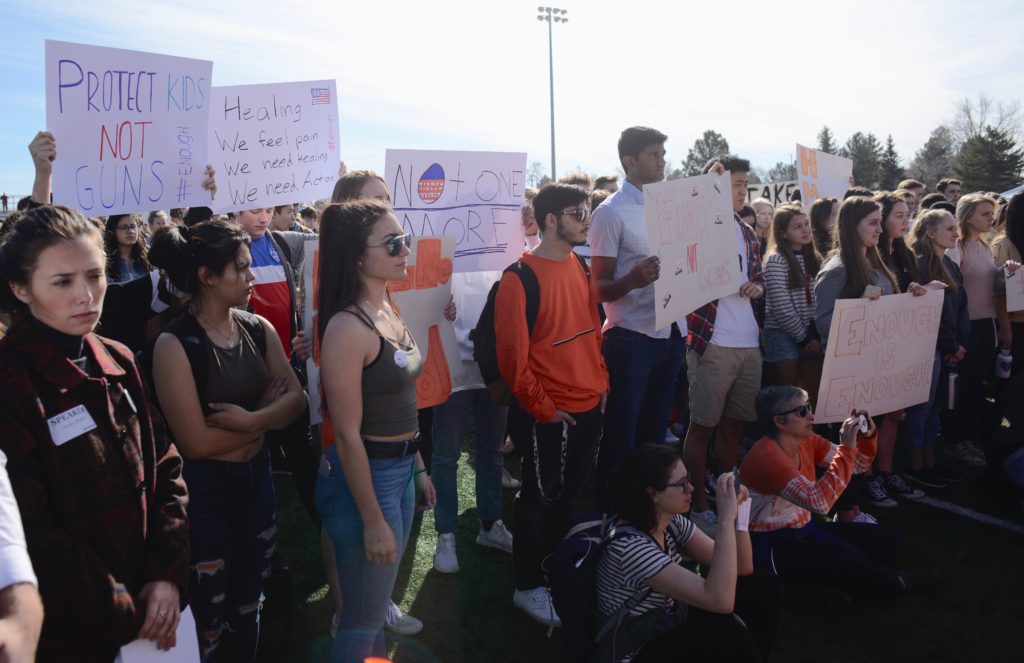 The Fairview walkout was part of a nationwide student protest calling on state and federal authorities to enact stricter gun laws because… well, I’ll let the kids explain it.

“We have been failed at the Colorado state house and at the capital building in Washington D.C. and across our country,” Fairview student Henry Magowan told the crowd. “Our adults, those who are supposed to stand up for us students, are supposed to represent us, have failed us. They have not [taken] and refuse to take action, and they are beholden not to us children or to those they represent, but to massive corporations and the NRA. Students have to stand up at this moment regardless of where you stand on the political spectrum… the personal is now political,” he concluded.

One student speaker after another reiterated a similar complaint and demand. They told stories about their own fear while at school, the worry they have now for their younger siblings. I lost track of how many times I heard someone say “it shouldn’t be this way” or “we shouldn’t be scared to go to school.” 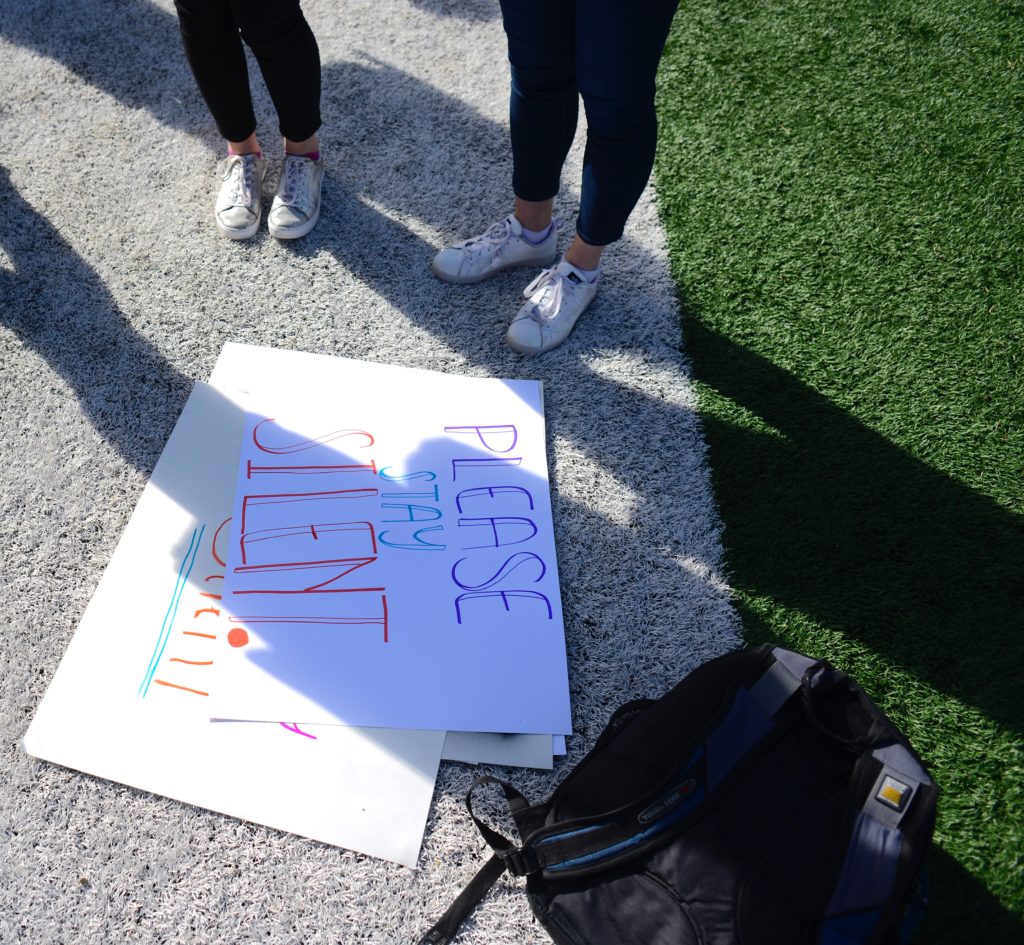 But make no mistake, these young people were not standing together to whine about their plight. They were gathered, along with hundreds of thousands of their peers all across the nation, to demand changes to gun laws and to make sure that politicians at every level understand that they will be voting come November this year, or in the next few years, and that there will be hell to pay if their voices aren’t heard right now.

“I’m immensely proud of our students,” says Rose Lupinacci, Fairview High School assistant principal. “I’m overwhelmed with how incredibly impressive they are right now, their solidarity, their show of peace and togetherness.” 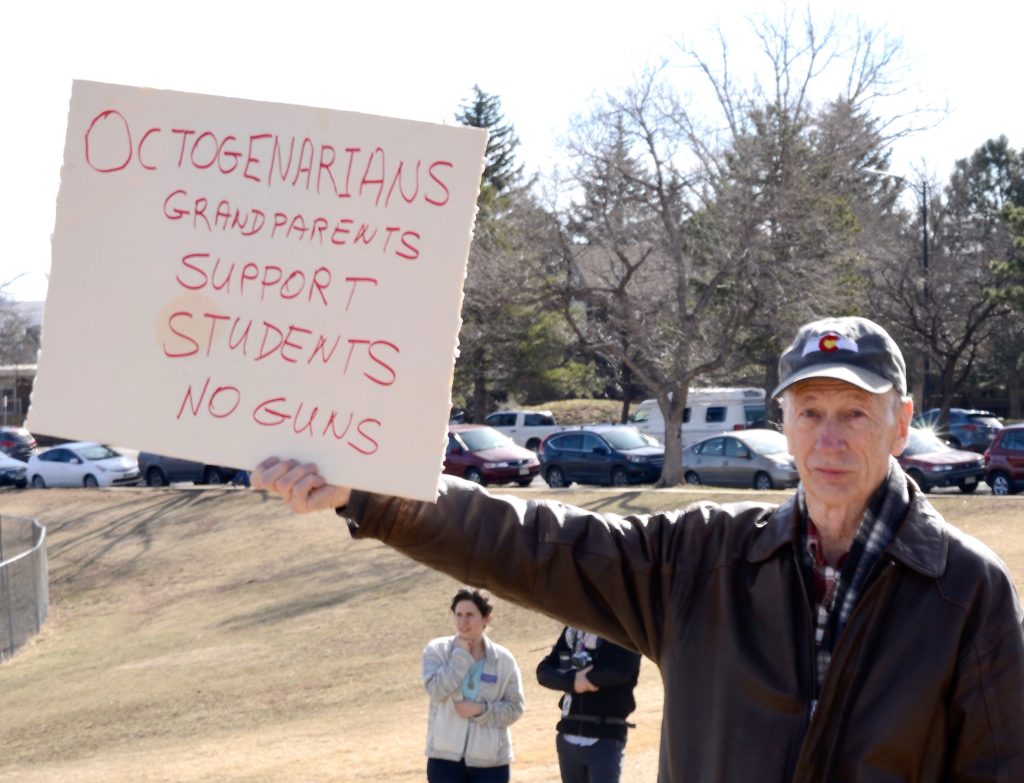 Community member Cammie Wickham was equally impressed. “I love it,” she says. “If anyone is going to make a difference it’s them because we are just stalled on this gun stuff.”

As I was walking across the field to get a different vantage point I heard a young woman’s voice over the loud speaker imploring the crowd. “This is not a moment,” she shouted. “It’s a movement.”