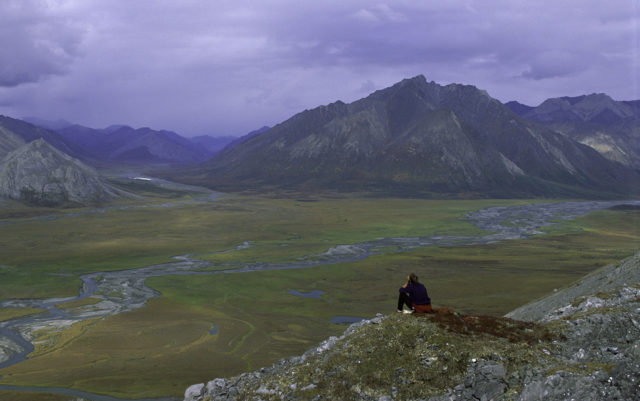 Assuming all lawsuits are thrown out and Joe Biden takes over the White House Jan. 20, the Trump administration has only a couple months left to further degrade the environment.

In this lame duck period, though, the administration can do some damage, according to the environmental advocacy group Center for Western Priorities (CWP). It’s been tracking the U.S. Department of the Interior’s proposed and approved rule changes since the beginning of the year, which include changes to land use plans allowing increased development in Bears Ears and Grand Staircase-Escalante national monuments, as well as weakening air quality standards for offshore drilling.

“Over the remaining 72 days of the Trump administration, Secretary [David] Bernhardt will no doubt be racing to finalize even more controversial policies that benefit his former and future clients in extractive industries,” Jesse Prentice-Dunn, CWP policy director, said in a recent statement.

Of the 70 or so policy changes the Interior Department may enact before the end of Trump’s term, there are plans to remove protections for plant and animal species, just as the administration did recently in delisting the gray wolf from the Endangered Species Act.

CWP pinpointed 10 policy changes that it thinks has a realistic shot of being pushed through and which would have a sizable negative outcome:

2) Allowing oil and gas companies to inadvertently kill migratory birds, including in oil spills, without penalties under the Migratory Bird Treaty Act

The City of Boulder is hosting a virtual forum on Nov. 14 that will help neighborhoods in the city begin to formulate an individualized climate action plan.

The forum will kick off a series of workshops designed to individuals in a specific neighborhood engage with their neighbors to create unique, hyperlocal plans to address climate change. It’s part of the broader Accelerate Neighborhood Climate Action (ANCA) Program, which will ultimately select three neighborhoods in Boulder to begin the process of formulating and enacting a climate plan.

Everyone’s invited to attend the virtual event, whether you’re interested in engaging your neighborhood in the program or not. It’s an all-day thing — first session runs 9:30 a.m. to noon and will feature presentations from local climate experts; the afternoon session from 2-4:30 p.m. will provide a chance to network and identify action areas.

All the info you need is at bouldercolorado.gov/climate/anca.

The Boulder Valley School District (BVSD) announced on Nov. 10 that it will move back to fully remote learning starting Monday, Nov. 16.

In a letter to the community, BVSD Superintendent Rob Anderson pointed out the inability to adequately supervise every student given enhanced safety and quarantine measures recently announced by the state.

“While my team and I remain firmly committed to providing in-person learning opportunities whenever it is safe to do so — it has become abundantly clear that we can no longer handle the situation on a school-by-school basis,” Anderson wrote. “Unfortunately, the contact tracing team has been overrun with cases and with growing quarantines, we simply do not have enough school or district staff to fill all the gaps.”

Anderson suggested Thanksgiving break, based on past holidays and school breaks, would lead to an increased number of cases in the community.

If cases improve in the area, the plan is to bring students back at the beginning of next semester, Jan. 5.

The St. Vrain Valley School District (SVVSD) is similarly expecting challenges with regards to staffing given the stricter quarantining procedures mandated by the state. Starting Nov. 9, students in SVVSD can opt in to virtual learning until the beginning of winter break.