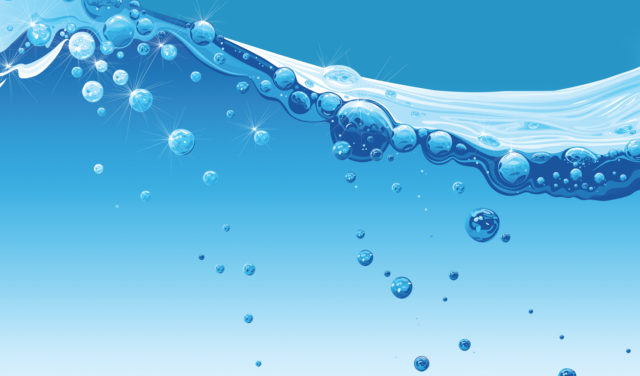 As climate change, infrastructure projects and politics continue to imperil future access to water in the West, Boulder Weekly will be examining the landscape of water rights, markets and infrastructure in Colorado and beyond over the next several months.

There is less than 60 miles of coastline between Huntington Beach and Carlsbad, California. In that space, there exists one desalination plant, and plans for two more, which have been in the works for years.

Up the coast, a desalination plant in Santa Barbara was recently reactivated. Down the coast, in Rosarito, Mexico, plans are in place to construct the Western Hemisphere’s largest desalination plant. Treated seawater from that plant will likely be pumped back across the border to thirsty communities in California, Nevada and Arizona. And in Yuma, Arizona, a desalting plant capable of producing potable water from a brackish underground reservoir is going back online.

There are currently 16 proposals for desalination plants in California alone, with more planned in Mexico and the inland U.S. Southwest. The technology has long been talked about as a solution to water shortages in the West caused by drought, population increases and the dwindling resources of the Colorado River, which are expected to be reduced by an additional 30 percent by 2050. That’s according to a recent study from the University of Arizona and Colorado State University. In addition, the advancement of projects in Colorado, including the Gross Dam expansion and Windy Gap, could remove up to an additional 100,000 cumulative acre-feet of water from the Colorado and Poudre Rivers. All this seems to indicate a get-it-while-you-can attitude among water authorities and corporations.

Still, desalination is far from a perfect system.  Although nearly everyone agrees that it can be a valuable tool in solving water issues in the future, it must be acknowledged that it is a monumentally costly, energy-intensive process prone to myriad environmental hazards. And with so many plants in the planning phase today being controlled at the local level, there exists little state or national oversight that could prevent a negative chain reaction within the environment, the type that could occur as the result of having so many desalination plants along one coastline.

Put simply, desalination takes saltwater, often from the ocean, and separates the salt from the water via reverse osmosis. The salty discharge, or brine, is disposed of, while the treated water is delivered for a variety of uses.

Desalination requires immense amounts of pressure to force saltwater through membranes. That means desalination plants use up to 10 times more energy than regular water treatment facilities. Richard Stover, director at the International Desalination Association, says there’s not much else that can be done to reduce energy consumption.

“One of the things I’m constantly working on is improving reverse osmosis processes, and energy consumption,” Stover says. “I think there are opportunities for improvement, but at this point there’s not much left in terms of fat that can be cut off. We’re approaching what is known as the thermodynamic limit, so we’re getting as close as possible to using as little energy as possible.”

Because it requires so much energy to produce the potable water, it makes the product expensive. Purchasers of desalinated water also often have to defray construction and operation costs. At the facility in Carlsbad, California, water costs on average about twice as much as water from traditional sources.

“There’s a darn good reason you don’t see desalination up and down the coast [already], and that’s because it costs a fortune,” says Ray Hiemstra, associate director of programs for the environmental group OC Coastkeeper.

The cost does come with benefits, industry folks say. San Diego County Water Authority, which operates the Carlsbad plant, touts that it provides reliable, “locally controlled, drought-resilient supplies” of water. But a recent investigation by Voice of San Diego found that the plant did not deliver almost one-fifth of the water it said it would and didn’t deliver any water on 46 days in the last year — mind you the facility, finished in December 2015, has the latest technology.

Too, there’s also the issue of environmental hazards. The biggest issue is that either through the intake of water, discharge of chemicals or release of salty brine, the wildlife near desalination plants will be harmed. Brine, which can be twice as salty as seawater, can significantly affect areas where it is discharged into the ocean, creating “dead zones” of ultra-salty water.

Brine, however, won’t affect the overall salinity of the ocean, according to Stover, who says it’s “not in any 1,000-year scenario.” Best practice is to place water intake and output pipes in areas where current is strong, but that doesn’t prevent dead zones, nor is it feasible for areas (such as parts of the Middle East) where the only areas for desalination facilities are in stagnant waters.

Several years of drought have undoubtedly caused Western water authorities to think about water security and desalination in recent years, but the technology has been around for a while. There are more than 100 smaller plants in Florida, and in regions where water is scarce, like the Middle East and North Africa, there are thousands of plants in operation. Given that some plants in the West have been in the planning stages for several years, one has to wonder what’s changed, given that the same challenges that have always existed for desalination — cost, environmental concerns, etc. — still exist.

These things “pop up for political reasons,” says Save the Colorado Executive Director Gary Wockner. “You have a company trying to sell a product, [so they] get governments to agree to pay for their water. You end with these convoluted strategies.”

Take for example the plant in Huntington Beach, which is proposed by Poseidon, the same company that co-runs the Carlsbad plant. The Huntington Beach proposal, according to OC Coastkeeper’s Hiemstra, would produce 10 times as much water as is needed in that district, which happens to be in violation of California law.

“Poseidon is being proposed by a corporation whose job is to make money,” Hiemstra says. “[But] you’d be hard-pressed to find more political support than the Poseidon project in Huntington. They give lots of campaign donations. I’ve seen it work at that level.

“The reason there’s is a desalination plant in San Diego [the Carlsbad facility] is politics.”

The estimated cost of that Huntington Beach plant? One billion dollars, not to mention the opportunity to control the product (water), from source to consumer.

There do exist models for desalination that environmentalists, for now, seem willing to live with. In Dana Point, California, a plan to build a desalination plant at Doheny State Beach has earned initial acclaim for its relatively small size and use of slant wells, which undercut the shoreline and emanate far offshore in an effort to mitigate the risk to sensitive coastal wildlife.

And given the very real need to secure water for inland communities in Arizona and Nevada, desalination poses one of the only remaining viable options. Looming shortages in Lake Mead could force the “lower basin” Colorado River states of California, Nevada and Arizona into mandatory water usage cutbacks. Alternatives are actively being sought.

Cullom says CAP is actively interested in working with either California or Mexican producers to purchase desalinated water, perhaps in exchange for the agency releasing some of its rights to Colorado River water. Cullom says CAP is willing to work “cooperatively to develop [a water distribution] concept that benefits both countries,” when and if the large Rosarito plant goes online.

That intergovernmental collaboration is not without precedent, says Stover of the International Desalination Association.

“You see a lot of cross-border water arrangements,” Stover says. “Singapore famously was supplied water from Malaysia until fairly recently when they’ve been able to establish desalination. There’s been other spins on it, folks from Nevada willing to fund the construction of seawater plants in Southern California.”

Cullom says CAP will also consider operating desalination plants for brackish water (or briny water that may exist in aquifers) within the state. Both CAP and the Southern Nevada Water Authority (SNWA) are exploring the increased use of such a facility in the Yuma Desalting Plant. SNWA, too, is considering working with the Rosarito plant to obtain water. And, a research center in New Mexico recently celebrated 10 years of studying brackish water desalination. It is the only facility of its kind in the country.

But there are other options, Wockner says. The Metropolitan Water District of Southern California reduced water use by 80,000 acre-feet in one year by getting users to switch lawns to drought-tolerant landscapes via a rebate program. A similar program in Las Vegas resulted in 10 percent of the state’s Colorado River allocation being saved in one year. Communities in Arizona, similarly offer rebate programs. And Denver Water reports a 22 percent drop in usage since 2002 despite a 10 percent increase in population in its service area.

There’s little indication that federal and state agencies and local water authorities will consider the successes of conservation when it comes to their decisions on building new desalination plants. This may turn out to be a major oversight considering there’s little research about the environmental impacts that could be caused by having dozens or even hundreds of plants in close proximity to one another.  So for now, it would seem that California, Mexico, and the interior West are the new testing ground.