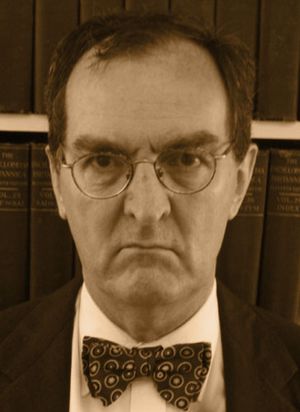 The National Review has fired longtime columnist John Derbyshire following an article he wrote for an online magazine that was widely viewed as racist.

“[Derbyshire’s] latest provocation, in a webzine, lurches from the
politically incorrect to the nasty and indefensible,” National Review
Editor Rich Lowry wrote in a statement posted
late Saturday night. “We never would have published it, but the main
reason that people noticed it is that it is by a National Review writer.
Derb is effectively using our name to get more oxygen for views with
which we’d never associate ourselves otherwise. So there has to be a
parting of the ways.”

In the highly controversial column, written for Taki’s Magazine on
Thursday, Derbyshire suggests white and Asian parents talk to their
children about what makes black people different and the threats posed
to their safety by black people. Five percent of black people are
“ferociously hostile” to whites, according to Derbyshire, and most are
willing to be hostile. Derbyshire advises parents to tell their children
not to live or stay long in predominantly black communities.