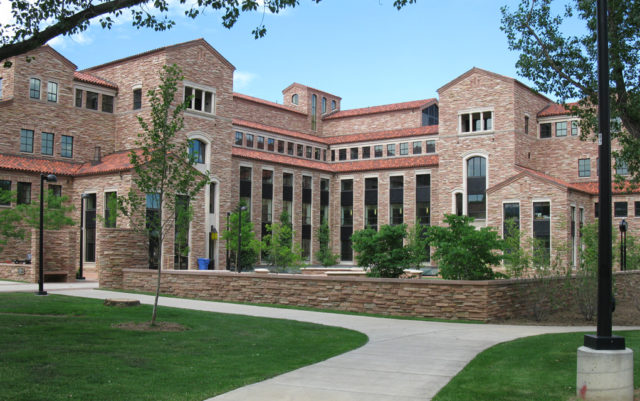 In early April 2018, University of Colorado Boulder Chancellor Phil DiStefano announced the CU Student Government (CUSG) would lose control of about 90 percent of its $24 million budget, which would be shifted to the purview of the university’s Student Affairs staff.

There was an immediate outcry from students, alumni, parents, faculty and community members, and in May, CU announced the decision on whether or not to shift control of the funds was “put on hold, and until further notice all offices should act as they did before.”

Boulder Weekly filed a public records request shortly after that announcement seeking to find out why the original decision was made, why the temporary reversal was issued and who was directing the effort to strip CUSG of control of its full budget. What we found were many voices who felt like the process was done without enough insight from those most affected by the decision, and the catalogue of emails and memos we received raised questions about the motivations of the CU administration, including the Board of Regents, and their reactions to peoples’ concerns.

The CUSG has been around, under various names, for more than four decades. Its roughly $24 million budget is large compared to other public universities. DiStefano pointed out in his original decision that “most Pac-12 schools have student government budgets of $1 million to $2 million and focus on student organization and event funding — not oversight of facilities and professional staff.” Arizona State, DiStefano pointed out, has nearly twice as many students as CU, but the student government operates with a $2.4 million budget.

“This decision brings CU Boulder in line with our peers,” DiStefano wrote.

CUSG was created to control the funds generated by student fees and the CUSG itself. CUSG oversees the budget for the CU Recreation Center, the University Memorial Center (UMC) and several student groups, including the Distinguished Speakers Board. DiStefano made clear that “programming” would still be under jurisdiction of the CUSG, but that fee and maintenance decisions would shift to the administration.

The official reason for the change DiStefano gave in his initial decision was that, “I often saw opportunities missed for major savings and efficiencies as short-term priorities took precedent over long-term planning needs.”

There are already multiple levels of oversight to ensure CUSG spends its money wisely. Three branches of governance and a Finance Board, and, as DiStefano notes, the administration itself currently has final say over CUSG’s financial decisions. This explains why DiStefano’s line about missed opportunities drew the ire of several people who emailed the CU Board of Regents in the wake of the decision, asking for them to step in, some calling for them to use their authority to remove DiStefano.

CU Boulder Assistant Vice Chancellor Candace Smith tells BW that,“We have had conversations with many student governments over the years about savings and other opportunities, and because of the constant changing nature of the CUSG leadership, many significant cost savings and other opportunities have been lost or significantly delayed. We aren’t looking to assign blame. This was rather an opportunity to step back and look at where improvements could be made.”

Smith adds that the agreement with CUSG and the administration was due for an update anyway.

But in emails to the Regents, students, many involved in CUSG, expressed concern for the ramifications of the decision and about how it seemed suddenly sprung on them at the end of the school year.

“Having a ~$25 million dollar [sic] budget is something that sets CU Boulder apart from other institutions,” wrote one student.

“I cannot stress to you enough that this decision would be detrimental to our student government and strip away so many opportunities from students to build real-world skills and be in charge of our higher education,” wrote another involved in the CUSG.

A third — and these are only a sample of the 50 or so emails BW reviewed — read, “I pay fees to attend this university. I want this money to benefit students. Since its creation, CUSG has proven to be a responsible legislative body in the allocation of these student fees. We are not wasteful. Instead, we use our funds to provide necessary services to students that enhance both their education and campus experience.”

Given the number of complaints that were coming in, Patrick T. O’Rourke, a member of the CU administration’s Executive Team, and the Secretary of the Board of Regents, sent Board of Regents Chair Sue Sharkey a letter to pass around to the other Regents, as her own, that outlined the need to have “a clear message … if it ultimately becomes necessary for the board to speak on this issue.”

The letter O’Rourke wrote and that Sharkey sent as her own read, “I’m concerned that, if the regents become involved in the discussions at this moment, we will have taken ownership of the issue and the students will be looking to us to make the decisions. That would disempower Phil’s efforts to engage students and would have us making decisions without the right amount of knowledge.”

CU Regent Linda Shoemaker wrote in response to being supplied with the form letters that, “This is a more difficult one than we realized when Phil first reached out to all of us individually.”

That’s important because discussing the issue as a group would’ve required public notice, and one of the main concerns from critics of the CUSG budget decision was a perceived sense of secrecy regarding the decision.

Smith says DiStefano briefed the Regents in “late March-early April,” and that, “It is typical for the heads of higher education institutions to brief governing and advisory boards about various issues.”

Smith adds that CU President Bruce Benson has had “a few conversations” with DiStefano about his decision and that Benson “continues to support changes to the management of CUSG’s budget.”

So to recap: DiStefano pulls the CUSG budget; students and alumni complain to the Board of Regents, the governing body elected to independently oversee the public institution; a form letter is crafted by a member of CU’s Executive Team to ease the pressure on the Regents is welcomed and ostensibly used by some Regents; and amid the public blowback, DiStefano punts to the following school year.

One common thread in the emails to Regents supplied to BW was the belief that stripping the CUSG of most of their budget was a blow to free speech. By bringing in speakers with an ample budget, CUSG can help direct the course of dialogue on campus. Of course, DiStefano said in his initial decision that an additional $150,000 would be allocated to all student groups, some of which could bring in speakers.

But on the heels of those concerns, a subcommittee of the Regents discussed policy updates on Wednesday, May 23, (after BW went to press) that would mandate the school to pursue “viewpoint neutrality,” and that it can’t prohibit speech based on its content or “the reaction or opposition of others to such expression.”

In light of student groups bringing conservative blowhards Milo Yiannapoulus and Ann Coulter to campus — and the fiery reaction to those talks — this past year, the timing of the decision to codify “viewpoint neutrality” at the same time the CUSG budget control is shifted is likely to raise a few eyebrows.

Republican CU Regent Heidi Ganahl says there is “no connection at all” between the budget battle and the policy changes, adding that, “this is a long standing principle of constitutional law and Colorado statute, but we also needed to reflect that principle in the university’s own governing documents. Viewpoint neutrality favors neither liberals or conservatives.”

The Board of Regents would have to vote to adopt the viewpoint neutrality laws. It represents what many have perceived as an ongoing swing to the right for the university — whether it’s the reformation and change of leadership for the Conference on World Affairs, which has brought in more conservative voices; the ongoing Visiting Scholar in Conservative Thought program; pro-oil and gas industry research being churned out of CU’s Leeds School of Business, as previously reported in BW; or a crackdown on marijuana use on campus.

CU has announced “no decisions will be made over the summer,” and has promised to “engage the student body on major topics” going forward, and “make good faith efforts” to reach an agreement between the administration and CUSG regarding the budget. The incoming CUSG student leaders have agreed on that plan.