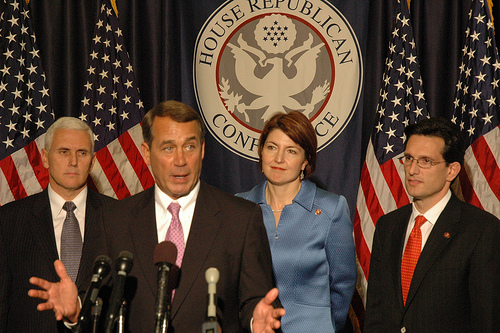 House Republicans have leapt at every chance to accuse President Barack Obama of piling up record debt and weakening shaky entitlement programs.

But in a span of a few hours Monday afternoon, GOP leaders effectively stomped all over that message.

At the same time Republicans were railing at Obama for proposing a budget with a $1.3 trillion deficit, House GOP leaders proposed something many in their party thought impossible: adding $100 billion to the deficit by passing a 10-month extension of a Social Security payroll tax cut without paying for it.

The announcement shocked rank-and-file members, who were back in their House districts. Senate Republicans were likewise caught off guard — even one GOP leader who was trying to negotiate a compromise had no idea it was coming.