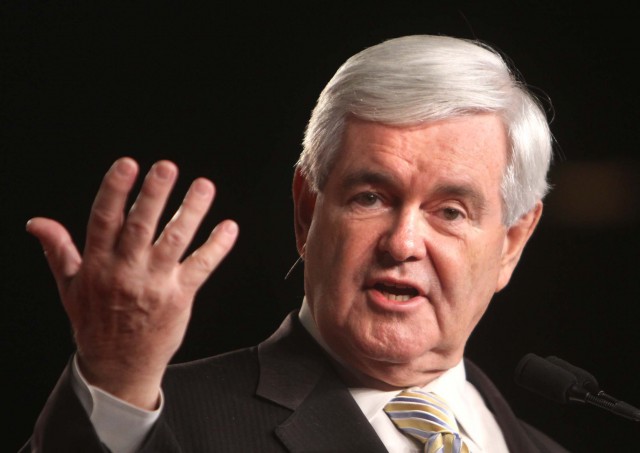 WASHINGTON — Promising “extraordinarily radical
proposals to fundamentally change the culture of poverty in America,”
Newt Gingrich on Monday said he would fire school janitors and pay
students to clean schools instead.

Speaking at
Harvard’s Kennedy School of Government, the Republican presidential
candidate and former speaker of the House challenged laws that prevent
children from working certain jobs before their mid-teens.

Gingrich blames “the core policies of protecting unionization and bureaucratization” for “crippling” children.

“It
is tragic what we do in the poorest neighborhoods, entrapping children
in, first of all, in child laws, which are truly stupid,” he said.

“I
tried for years to have a very simple model,” he continued. “Most of
these schools ought to get rid of the unionized janitors, have one
master janitor and pay local students to take care of the school. The
kids would actually do work, they would have cash, they’d have pride in
the schools, they’d begin the process of rising.”

Gingrich,
who over the weekend said Occupy Wall Street protesters should “get a
job” and “take a bath,” suggested Monday that poor children need to
build a work ethic.

Gingrich is the latest Republican presidential candidate to challenge front-runner Mitt Romney in the polls.