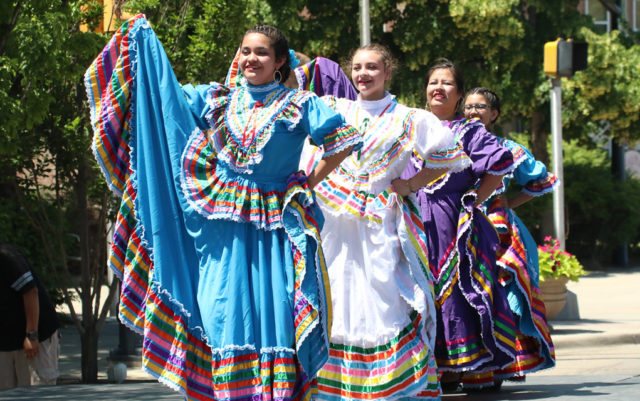 On Sunday, June 25, the streets of Longmont will fill with the vibrancy of the different cultures in Latin America and the Caribbean during the second annual Colorado Latino Festival. The event will feature musical and cultural acts, educational activities and food vendors all in an effort to celebrate the distinct cultures that make up such a vital part of Boulder County.

The Latino Chamber of Commerce and Barrio E, organizations dedicated to promoting the success of Latino-owned businesses and strengthening artistic and cultural equity, organized the day-long celebration. The festival will take place on Main Street in Longmont — the city in Boulder County with the highest Latino population.

“We wanted to have it on Main Street because we wanted it to come out full force that we’re something that can be recognized and our political, financial and social power is to be reckoned [with],” says Jose D. Beteta, executive director of the Latino Chamber. “We wanted to have a celebration and to say, ‘Hey, we’re here. We haven’t gone anywhere, and we’re as much part of this community as you are, and we contribute a lot too. It’s time for us to be taken into account.’”

During the first year, the festival drew over 7,000 visitors and hosted more than 100 vendors. This year,  organizers partnered with Spanish-language TV sponsor Telemundo. With an estimated crowd of more than 20,000 attendees this year, the festival will use its platform to pay homage to the contributions of immigrants in the United States, with Latinas as the center focus.

“We wanted to show the younger generations that there are people who are leaders who look like them,” Beteta says. “It’s really important for their identity to see that they can be leaders and professionals. Latinas primarily are an incredible resource in our communities and they need to be recognized more.”

The festival strives to create awareness of the significant contributions Latinos make in Colorado but specifically in the Boulder County. With “unity” as the central theme, Beteta hopes the festival will inspire both Latinos and non-Latinos to live in harmony as a community.

“After the Latino Chamber of Commerce and our friends at Barrio E started noticing how Latinos were being treated in general in the U.S. — the tensions that were rising leading to the election and before — we saw that Latinos were basically being dragged through the mud for no good reason,” Beteta says. “We wanted to create an event where Latinos could come and feel a piece of their home by experiencing their culture, music, food and people. It’s also for non-Latinos to come and enjoy this event and experience the variety and the diversity that exists in Latin America and the Caribbean.”