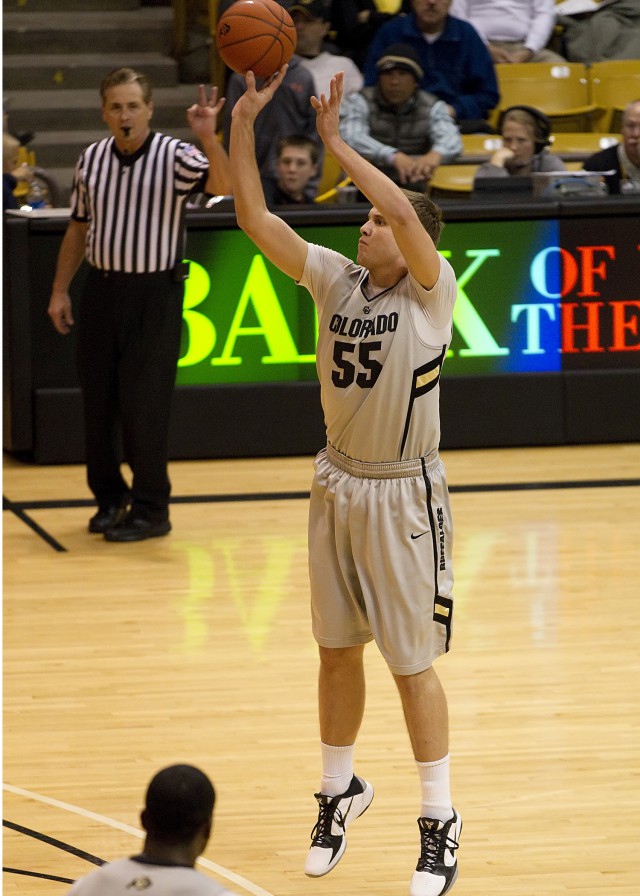 A rebuilding season has turned remarkable. After their unlikely four-games-in-four-days-run to the Pac-12 championship, Colorado men’s basketball heads to Albuquerque for the second round of the NCAA tournament, where they will meet the sixth-seeded University of Nevada, Las Vegas Runnin’ Rebels.

“They didn’t invite us to this party; we’re crashing it,” head coach Tad Boyle told members of the media after discovering where his team was seeded.

UNLV is coached by Dave Rice, who is in his first year in Sin City after taking over for the successful Lon Kruger. Like Kruger, Rice employs a running style of offense, taking advantage of opponents’ misses and turnovers, exchanging them for easy buckets.

Rice is no stranger to the NCAA tournament. Last year, Rice served as associate head coach to Dave Rose at Brigham Young University The Cougars made it all the way to the Sweet 16 last year, with the help of iconic guard Jimmer Fredette.

Working in CU’s favor could be location. Albuquerque is situated at roughly a mile above sea level. The Buffs are comfortable playing in such conditions, while UNLV has struggled against teams at high altitude, losing to Wyoming, Colorado State and New Mexico.

The Colorado athletic department plans to bring 100 students down at a low cost, in an attempt to extend home-court advantage to neutral site games, which worked well in the Pac-12 tournament. Many members of the Boulder community plan to make the trip to watch CU play in their first NCAA tournament game since 2003.

Albuquerque holds a strong basketball tradition. The Pit arena is one of the premier college basketball venues in the nation. Located 37 feet under the ground, The Pit holds 18,000 fans and was home to the infamous 1983 national championship game, where North Carolina State upset Houston.

CU assistant coach Tom Abatemarco was part of that memorable game, as an assistant to the late NC State coach Jim Valvano.

Colorado arrived in Albuquerque Tuesday night. The CU game will follow the Baylor-South Dakota State game, which starts at 5:27 p.m.

If the Buffs survive and advance, they’ll face the winner of #3 Baylor vs. the 14th-seeded South Dakota State Jackrabbits for a trip to the Sweet 16.