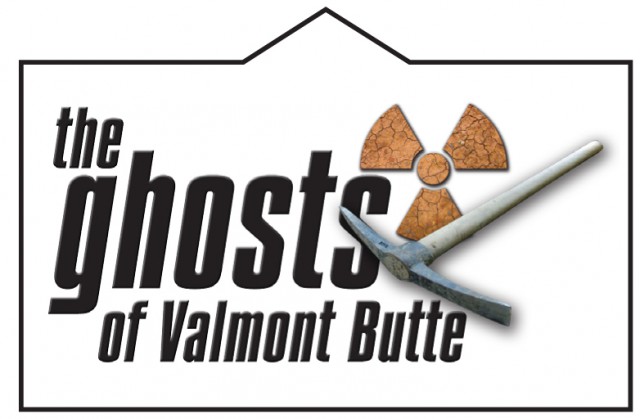 City of Boulder officials have denied a request from several local organizations, including Boulder Weekly, to meet with the city archeologist and tribal monitor who are working on the Valmont Butte cleanup.

Some have concerns about the disturbance of archeological and cultural resources at the site, from possible graves outside Valmont Cemetery to the Native American burials and artifacts that have been identified at the property.

Several groups requested meetings with the archeological and tribal monitors to discuss preserving such resources during the city’s earthmoving operations to clean up the contaminated site. Those concerns were exacerbated last month when, apparently on the advice of those two monitors, the city removed rocks that appeared to be a grave marker just outside the Valmont Cemetery. City Attorney Tom Carr and other city officials later alleged that the marker had been planted there as a hoax.

The Valmont Butte Heritage Alliance, Native American Rights Fund and Valmont School District No. 4 Cemetery Association asked weeks ago to meet with tribal monitor Gary Brown and archeologist Marilyn Martorano of RMC Consultants, who were hired by the city to keep tabs on what was unearthed during the project.

In the case of the cemetery association, which asked that work in its parking lot be postponed until a meeting with the monitors could be arranged, Alison Thayer of the city’s outside law firm Temkin Wielga and Hardt denied the request for a delay, saying it would cause “unnecessary expense to the project.” She also wrote in an April 13 email to Carol Affleck of the cemetery association that Brown and Martorano were “busy with other commitments, including the onsite monitoring at Valmont Butte,” but that other staff could meet with association representatives. Thayer asked for a list of attendees and an “agenda for consideration. We want to ensure that the meeting is focused on issues that have not already been discussed with the Cemetery Association.

Once we have your proposed agenda, we will determine the appropriate attendees from the city and their near-term availability for a meeting.”

The city also denied a similar request from the Valmont Butte Heritage Alliance (VBHA) and Native American Rights Fund (NARF). “We were not able to speak with the monitors,” says Lori Windle of the VBHA. “Apparently they had no interest in speaking with us.”

“It never got beyond the city’s attorney,” adds Steve Moore, senior staff attorney for NARF.

“We had asked to be able to go up on site and visit with the monitors, have a chance to have them describe to us what protocols they’re following, what they’ve come across, and how they’re dealing with things. It never got beyond Alison Thayer.”

He notes that Thayer, as she did with Affleck, offered to have other city staff meet with the groups off-site.

“We didn’t see the utility in meeting with [city facilities officials] Bill Boyes or Joe Castro for the millionth time,” Moore says.

Moore says Thayer told him that “with all the dust-up over the stone marker, all the allegations that were being thrown around, the monitors just didn’t want to get into the middle of that and end up being part of the story.”

In a May 4 email, Thayer offered assurances that culturally sensitive areas had been fenced off, and that Brown had monitored all activities within a 100-foot boundary of those areas.

One oft-mentioned concern is that artifacts just under the surface could be accidentally scraped up when heavy equipment is scooping up piles of clean fill dirt. Even Peter Gleichman, who performed an archeological study of the Valmont Butte property for the city in 2004, is worried about that.

“The problem is, we don’t know what’s under the surface in that area,” he says. “Artifacts have been found there, so I’ve been told. … If they’re using bulldozers to scoop up dirt, it’s pretty easy to gouge down.”

Thayer said in the May 4 email that when working with such stockpiles, “the contractor is under instruction to use survey information to ensure that native surface soils is not picked up, along with fill dirt,” and that a monitor will observe the process when the bottom of the stockpile is neared.

“We have no reason to believe that we cannot trust the monitors,” Windle adds, “but we have plenty of reason to not trust the city, based on the history we’ve had with them.”

After asking city officials for a similar meeting with Brown and/or Martorano, on May 18 Boulder Weekly spoke briefly by phone with Brown, who said he had returned to his home in Wyoming because his work at Valmont was done.

But city officials say the project is only 25 percent complete and won’t be finished until December. When asked why Brown was sent home so early, city spokesperson Jody Jacobson said via email: “All of the excavation work is not completed, but the areas of concerns for Mr. Brown, the designated Native American monitor, have been completed. RMC Consultants (Ms. Martorano) will monitor the remaining areas that will be disturbed.”

Patrick von Keyserling, the city’s communication manager, denied BW’s request for an interview with a monitor. His March 22 email reused the line about Martorano being “busy with other commitments, including the onsite monitoring at Valmont Butte” and said city contractors cannot be expected to “provide media relations support.”

As for BW’s request for a tour of the property, which had been granted to the Media News-owned Daily Camera in recent weeks, von Keyserling also declined, citing the inordinate amount of time the city has spent dealing with BW regarding the paper’s ongoing series on Valmont in recent months.

When told later that it appeared as if the Weekly was being singled out for doing a critical, in-depth investigation on the property, von Keyserling replied, “I think it’s more a matter of staff resources.”