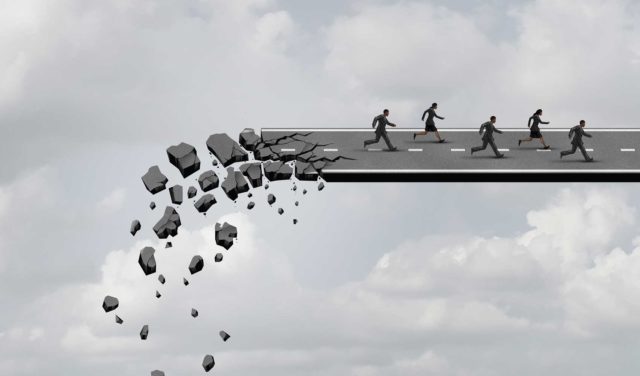 About 4.2% of bridges on the northern Front Range are deemed “structurally deficient” by the American Road and Transportation Builders Association (ARTBA). That’s 76 oft-traversed bridges, including several in Boulder County, that are still safe to cross, but are in urgent need of repair.

Many of those structurally deficient bridges — there are about 47,000 nationwide — have been identified and tagged for renovation, even if it takes decades and billions of dollars to get the work done. The work to fix just the bridges in the most dire situations in Boulder, Larimer, Jefferson, Eagle and Summit counties will cost $121.9 million, according to ARTBA, and the Colorado Department of Transportation predicts $1.95 billion will be needed over 10 years to keep 95% of bridges as “not structurally deficient.” There is currently a $419 million funding gap for that work.

Now, new research from Colorado State University suggests that climate change may further imperil thousands of these bridges and others that are currently in good shape.

Hussam Mahmoud and Susan Palu took a survey of 80,000 simply supported steel girder bridges -— a design comprised of two or more longitudinal beams supported by piers across the country — across the country. It is by far the most common design type of bridges built in the U.S. since World War II. About 60% of the nation’s interstate highway bridges are in this girder category.

This type of bridge has expansion joints that allow the structure to expand or contract as air heats or cools. It’s been known for a while that these expansion joints can get gummed up with debris, which prevents the bridge from expanding normally in hotter temperatures.

So Mahmoud and Palu looked at forecast data over the next 100 years and figured that higher average temperatures that were not accounted for when the bridges were built could lead to additional, potentially catastrophic, stress. The study, which was published Oct. 23 in the journal PLOS ONE, was the first to look at the impact of climate change induced temperature changes on bridges with expansion joints.

In short, the warmer the weather, the more these bridges need to expand. If expansion joints are jammed with debris and average temperatures continue to rise due to climate change, more bridges are at risk of failing.

Complicating matters is the fact that the season during which and the region where the bridges were built impacts how future temperature rises might affect their integrity. If a bridge was built in a cold climate in winter, when joints were most constricted, it will be stressed by more in future hot summer than a bridge that was built in a warm climate. So Mahmoud and Palu determined best- and worst-case scenarios for each bridge they studied, supposing a bridge was built in winter (worst-case), spring, fall and summer (best-case).

What they determined is that girder bridges in the northern U.S., including the northern Rockies and Plains, Pacific Northwest and Midwest are at the greatest risk of failure. In areas like the Dakotas, predicted temperature rises of 2.5 to 10 degrees Fahrenheit over the next 100 years (according to the International Panel on Climate Change) would already impact bridge integrity regardless of their design structure.

As the first study of its kind, the researchers point out that more work needs to be done to determine how to mitigate climate change’s effect on bridges. With so many structurally deficient bridges already (not to mention failing highways, dams and other pieces of key infrastructure) the concern is that lawmakers are not prioritizing mitigation efforts for these bridges because they’re not crumbling.  The researchers suggest “efficient maintenance” to ensure the expansion joints remain functional.

“We as engineers must start to look beyond what we have initially been taught on how to analyze systems and start to think about what climate change is going to do to our understanding of component-level behavior and system-level performance,” Mahmoud said in a statement.

The hope, now, is to develop a list of bridges that are most at risk from climate change and to redefine what constitutes a bridge in need of urgent repair.

Complicating matters further is research from the Environmental Protection Agency (EPA) that suggests climate change may wreak havoc on our nation’s bridges regardless of their structure type.

According to the EPA, most bridges in the U.S. are more than 40 years old, and when they fail, they fail because of scour — increased flooding removes sediment from the bridges’ supports, which destroys their foundations.

The EPA estimates that 190,000 bridges “will be structurally vulnerable because of climate change by the end of the century.” About 26% of bridges along the Front Range and in eastern Colorado have been identified as being vulnerable to climate change impacts if greenhouse gas emissions continue at their current rate.

Of course addressing the issues presented by the CSU researchers and the EPA would come at a cost, but the latter group suggests that the cost to repair bridges that succumb to climate change-induced damage would reach close to $200 billion over the next 90 years. Alternatively, taxpayers — who largely front the bill for infrastructure — could shed $57 billion from that bill if expansive greenhouse gas emission reductions are enforced.

Recent efforts to create funding mechanisms for transportation in Colorado have failed. For example, if voters had passed Prop CC in November, it would have given $200 million in extra tax revenue to transportation projects.

CSU is working with the U.S. Army Corps of Engineers to develop carbon fiber reinforced polymer to bolster some cracked bridges, which could eliminate the need to tear down and rebuild them. CSU is also helping develop a system that would allow engineers to determine priority in repairing cracks and other impediments. Such a system doesn’t currently exist, leaving engineers, researchers and the governments that oversee them, guessing at how best to address these growing infrastructure needs.