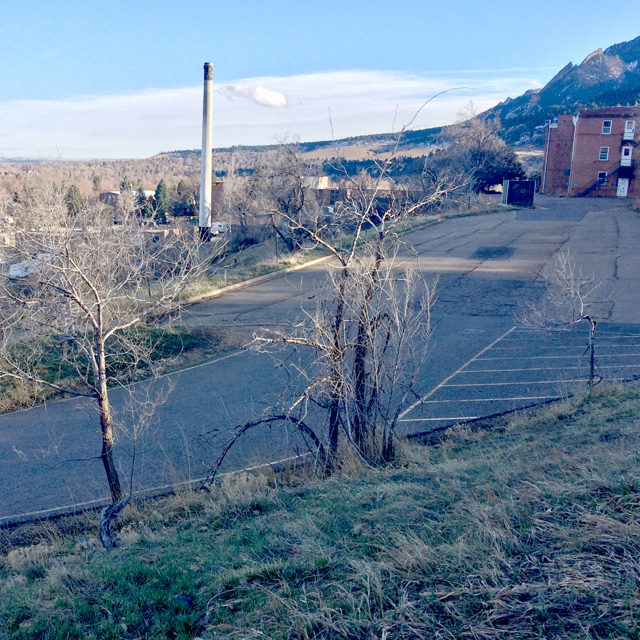 When the Mapleton Hill Investment Group submitted plans to the City of Boulder to build a 93-unit senior housing facility on the old Boulder Community Hospital site at the base of Mount Sanitas, the City’s Planning Department noticed that four of the property’s 16 acres were designated open space. Considering the four acres had held a parking lot and a building for decades, Planning Department staff called the designation an “anomaly” and set about the task of going through Boulder history to determine what happened.

After pulling old newspaper clippings and minutes from City meetings from the 1970s, and after overlaying maps drawn over the years with current maps, staff determined that, indeed, the four acres shouldn’t be open space.

“What we think happened in this case was that the City was interested in preserving everything west of the Silver Lake Ditch. The Silver Lake Ditch was placed in the wrong location, which then led to an incorrect designation on this 311 Mapleton site. That’s what we believe happened,” said Philip Kleisler, planner II with the City of Boulder, at a recent meeting.

That “wrong location” for Silver Lake Ditch was a few hundred feet east of its actual location, City staff found, or about the width of the open space parcel.

But at least 800 residents who live near or visit the site disagree with the City staff’s findings. Their argument — as expressed in a written petition, verbal statements at public meetings and a protest website — is that the Boulder Valley Comprehensive Plan (BVCP), which lists the land as open space, is the definitive guide for land use designations, and that it’s inaccurate to go back and use historical maps to draw boundaries for open space. They claim there were never any disputes about the area’s open space designation until this development project showed up. Too, the four acres share a western border with a huge swath of open space, and the parking lot provides access to that area, so it’s not like it’s plopped down in the middle of an industrial or residential area.

Amid all the evidence City staff produced, critics of their research also say the maps are non-verified and contrast with other historical maps.

“Is it an anomaly?” wrote Citizens for Sanitas, the advocacy group against the 311 Mapleton development, to the city. “We believe that the unidentified map copy provided by staff does not meet the criteria of submissible evidence by any governing body.”

Nonetheless, City staff has taken steps to fix what they believe is an error. The BVCP states that if “a discrepancy is found to exist within the BVCP that is clearly a drafting error, mapping discrepancy or a clerical mistake, either the City or the County, after a referral request to the other agency, may correct such error.”

Now, as the issues over the designation of open space for these four acres moves to its last stand — the Boulder City Council on April 3 — the argument for whether to keep or remove the designation may come down to semantics. The operative word in the BVCP jargon regarding removing open space designations is “clearly.” Is there enough evidence for the Council to determine there was clearly an error in designating the four acres open space?

As part of necessary procedures, City staff sent their findings to the Boulder County Land Use department in December for its thoughts and comments. The County office found the City’s claim that the area was erroneously marked open space to be “plausible … however, County staff has not found evidence that the incorrect ditch mapping is the definitive cause of the [open space] map designation. Therefore, County staff does not conclude that the [open space] designation is clearly a map error.”

Because the area lies in BVCP Area I, decisions regarding land use are solely up to the City, not the County. 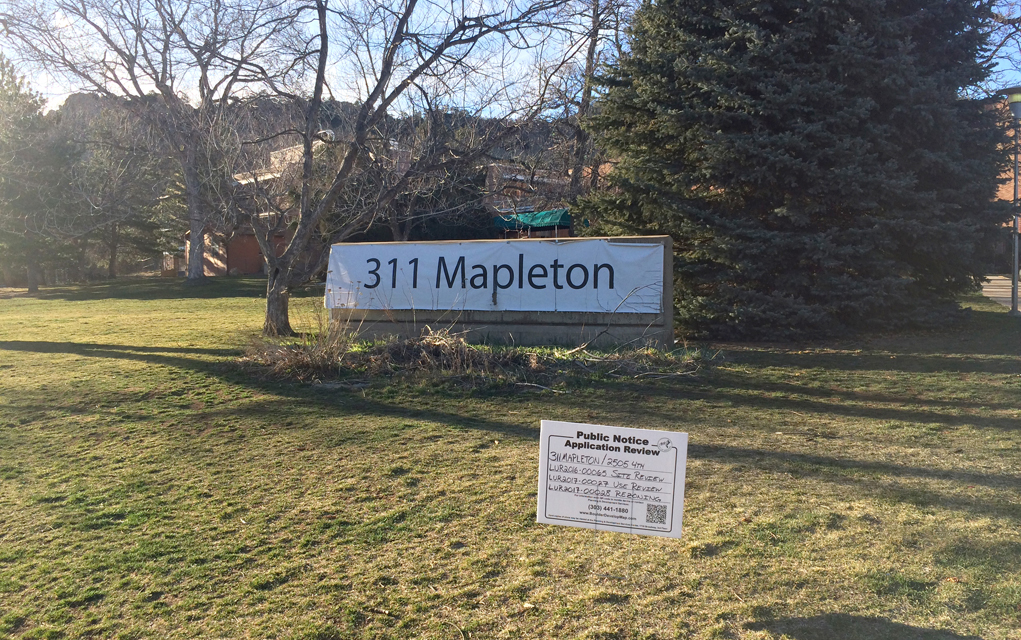 So then it went to the City of Boulder’s Open Space Board of Trustees, an organization whose members are appointed by the Council and which makes recommendations to the Council regarding open space issues. It found the open space designation “probably, but not clearly a mapping error.”

Part of what muddied the waters for these two entities is the specific type of designation the four acres currently possess — Open Space-Other (OS-O).

The OS-O designation, Kleisler says, is “intended to be an aspirational designation, to indicate lands designated prior to 1981 that the City and County are interested in protecting in some way. It doesn’t mean that it’s protected open space or that the city necessarily wants to purchase it or protect it, but it does provide a substantial community benefit in that when we receive a development application or annexation petitions, it does prompt, particularly the Open Space staff, to do a pretty thorough analysis around how the property can provide open space services.”

Indeed, the Open Space Board of Trustees (OSBT) ruled unanimously that it doesn’t recommend the City acquire the open space parcel in question, which is owned by the developers, Mapleton Hill Investment Group. They also recommended (as did several Planning Board members) to use the site review process to guarantee things like access to Dakota Ridge Trail and unobstructed sightlines.

Claiming they felt uncomfortable making the decision, the OSBT bumped the issue to the Planning Board, which agreed in a 4-to-2 vote that, yes, City staff was right and it was likely a drafting error that caused the designation.

“I think it’s strange to apply an open space designation to an area that’s been developed and … [is] over a building and a road and a parking area that has little-to-no open space value whatsoever,” said Planning Board member Harmon Zuckerman at the decisive meeting.

Planning Board Chair Jon Putnam said if the designation was meant to protect something like Dakota Ridge, the area would’ve been drawn differently to better do that.

In order to change a land use designation, two bodies in the City need to approve of such a measure, which is why it now falls to City Council.

There’s another twist in this story to complicate matters further, and which Council discussed at its March 5 meeting:

There is a minor zoning change (separate from the open space land use designation) proposed for part of the property. Citing that, some City Council members expressed a desire to consider that change and the open space designation separately in order to eliminate the appearance of impropriety should both approvals be granted — what Councilwoman Mary Young thought might appear as a “rubber stamp.”

“This’ll be a real test of people having some trust in us,” added Councilwoman Lisa Morzel, “and being able to separate the issues, look at them [on] their own … and then come to a decision.”

Council members Bob Yates and Jill Adler Grano asked whether changing the OS-O designation will affect the proposed project at all. To this, Director of Planning, Housing and Sustainability Jim Robertson had a round-about answer.

“If it remains designated as OS-O, I think both the way the [BVCP] and our regulations are set up would give you [the Council] the discretion to evaluate the project whether it is providing elements or features consistent with the OS-O designation,” Robertson said.

“I believe staff had said it would not,” Councilwoman Mirabai Nagle says. “However I sat down with the maps and some really knowledgeable people on the project, [and] I believe it would change the project.”

Michael Bosma, who represents the development group, also did not directly answer whether or not the designation will affect the project, but did write in an email: “The claims that this project is building on open space or damaging the fragile ecosystem are categorically false and intentionally misleading.”

Bosma added that the project started four years ago, sought community input about the type and scale of development desired and made “three dozen significant material changes to the [developments] designs and plans.”

Councilman Aaron Brockett says although it remains to be seen if an open space designation will change the developer’s plans, it will certainly be used as “one of the factors in the [Council and Planning Board’s] decision about whether to approve the project, deny it, or approve it with conditions.”

open space designation should play a factor in the Council’s decision.

Nagle says though it’s hard at this point to gauge which way the Council is leaning, the process to consider the OS-O designation will include revisiting the maps and hearing the vast amount of public comments.

Kleisler says easements will be implemented to preserve access to the Dakota Ridge Trail, and the developer may preserve the historic nurse’s building on-site.