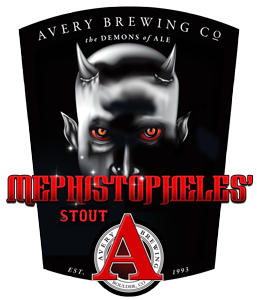 The FDA recently announced guidelines for one of the long-awaited provisions in the Affordable Health Care Act (Obamacare): menu labeling.

Any food establishment with 20 or more locations will have to include calorie counts of its offerings on menus, including movie theater snack bars, grocery store delis and more. Even many alcoholic beverages will be covered, making the guidelines far stricter than most health advocates expected.

“This is one of the most important public health nutrition policies ever to be passed nationally,” Margo Wootan, director of nutrition policy at the Center for Science in the Public Interest, told The New York Times. “Right now, you are totally guessing at what you are getting. This rule will change that.”

The guidelines are likely to face legal challenge before they kick in a year from now, and were already held up for some time due to heavy opposition from pizza chains and movie theaters, which is understandable. Turns out a medium popcorn with butter from Regal Cinemas is rocking 1,610 calories by its lonesome. Holy extra belt notch, Batman!

What does that all translate to?

According to one line-item in the FDA’s report: lost pleasure. According to an article in Reuters, “U.S. health regulators estimate that consumers will suffer up to $5.27 billion in ‘lost pleasure’ over 20 years when calorie counts on restaurant menus discourage people from ordering french fries, brownies and other high-calorie favorites.”

But who needs pleasure when we’re eating, right gang? Certainly no one who will ever have cake at their birthday party. Sigh…

The Southern Sun is hosting a toy drive on Saturday, Dec. 13 in which toys can be donated to the YMCA. Well, that’s only partially accurate. The drive will be at the Southern Sun, but will be hosted (or emceed, if you prefer) by a jolly gentleman you good kids may be familiar with (but you naughty ones might be a bit fuzzy on): one Santa “Tiberius” Claus. The fat man in chief will be posing for photos and taking requests. (Just don’t ask for “Free Bird.” He’s heard that joke a thousand times already). The drive runs from 11 a.m. to 1 p.m.

If you’re too busy trying to do some last-second character scrubbing to avoid the ol’ naughty list, don’t worry. Claus will be making subsequent appearances at the Mountain Sun (so you parents can drink your way through the experience). He’ll be at the Long’s Peak Pub and Taphouse in Longmont from 4–6 p.m. on Saturday, Dec. 13, and then at the downtown Boulder Pearl Street location from 5–7 p.m on Monday, Dec. 22.

One of Boulder Weekly’s favorite seasonal beers is being poured again at Avery:

Mephistopheles Stout, a beer so strong, we just got over the hangover from the sample bottle Avery sent to BW last year. It’s a rocking 15-18 percent ABV and a sweet flavor similar to a barley wine, with notes of espresso and anise. It pairs well with all things made of chocolate, or that you’d prefer to black out. Head down to Avery and get some. But make sure to bring a buddy so you don’t get lost.