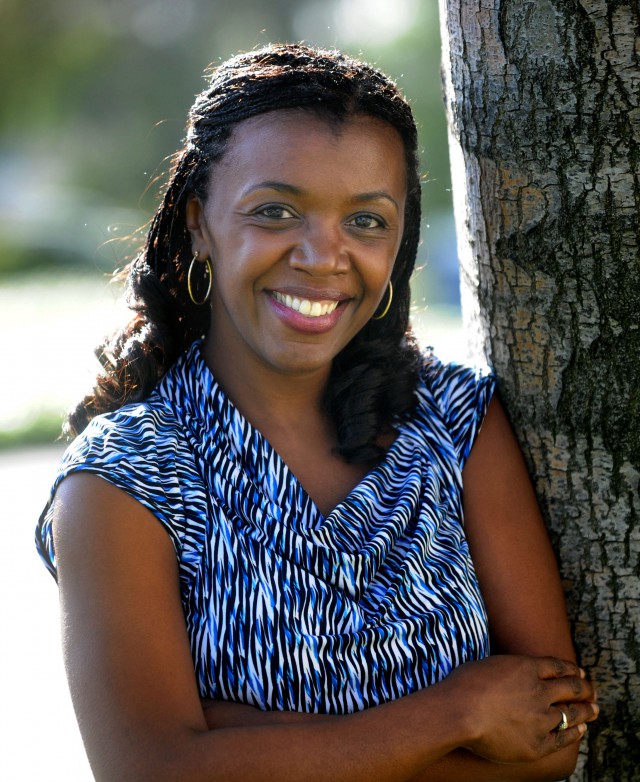 — When the current season of “Survivor: Heroes vs. Villains” launched,
its cast featured nine contestants making their third appearance on the
popular reality show. But nowhere to be found was Vecepia Robinson.

In fact, Robinson, who earned a niche in reality TV
history as the show’s first black winner in 2002, never has returned to
“Survivor” since capturing the prize in the
Season 4 Marquesas edition. When producers initially sent out their
wide casting net for “Heroes vs. Villains,” the resident didn’t get an invite. Not even a casual inquiry.

Just call her the forgotten “Survivor.”

“I don’t know if there’s any rhyme or reason to it.
I don’t know if it’s a political thing, or what,” Robinson says. “But
it does get a little frustrating. It would be nice to play again.”

Robinson, 44, who works as the guest relations manager for St. Rose Hospital in , says she constantly hears from “Survivor” fans asking why she hasn’t been back on the show. Her supervisor, , a die-hard “Survivor” devotee, wants to initiate a campaign imploring producers to give her another shot.

“I’m just so surprised (by her exclusion). I would
think she would definitely be on their list,” Russo says. “I see things
about her every day that show why she was a winner — her strategies,
her mindfulness and resourcefulness. She has incredible energy. Vee can
walk in a room and change the dynamic. She’s an all-star in everything
she does.”

Perhaps part of the problem is that not enough of
those qualities were on display during the Marquesas season. Robinson,
then Towery, was your quintessential “under-the-radar” winner, taking a
strategic, laid-back approach to capture the prize in a final 4-3 vote over .

A Web site has ranked her No. 2 among the “worst winners” in reality TV history, behind of “American Idol.” Another placed her in its reality TV “Hall of Shame,” calling her “boring and lazy.”

Even “Survivor” host doesn’t seem to be a big fan. Before “Heroes vs. Villains” launched,
Probst was asked by Entertainment Weekly to rank the previous nine
“Survivor” seasons in terms of memorable drama. He placed Marquesas
next to last, calling it the “worst location ever” and saying it never
built any momentum.

As for Robinson, Probst described her as a good player, but a “snoozer” in terms of casting.

Like many reality TV personalities, Robinson defends her honor by finding fault with the way she was portrayed on the show.

“I’ve learned that editing plays a huge factor in
how you’re perceived,” she says. “They (editors) have in their power to
make certain people shine and they have their favorites who they can
market in the way they see fit. There were aspects of my personality
that never got any screen time. When people meet me today, they
invariably say that I’m so different from the person they saw on the
show.”

Robinson also believes that her status as a history-making winner might have carried more weight.

“I thought they would put more stock in that. I thought it would be enough,” she says. “But it didn’t really fly.”

Still, those disappointments haven’t weakened
Robinson’s love for “Survivor.” She continues to follow the show on a
weekly basis and recently attended the 10th anniversary “Survivor”
reunion party in , where she had a blast reconnecting with former castaways. She even holds no ill will toward Probst.

“He’s cool. I have no qualms with him,” she says. “When we see each other, we chat and it’s very cordial.”

And Robinson insists that her post-Marquesas exclusion from “Survivor” has not turned her into a bitter woman.

When asked about Robinson’s absence from the show, “Survivor” casting director says, “We appreciate Vecepia and all her contributions to ‘Survivor.’ We think she’s amazing.

“There are so many former contestants such as her
who we would have loved to include. Narrowing it down to just 20 was
extremely difficult.”

In the years since winning “Survivor,” she married her longtime boyfriend, , and the couple used a chunk of the
prize to remodel their home. Six years ago, they became first-time
parents, as she gave birth to their only son, Jordan. Robinson’s
pregnancy was the subject of a documentary on the TLC cable channel.

These days, in addition to her home and work life,
Robinson works out at the gym at least four days a week and enjoys
playing basketball. Her competitive nature has her thinking of trying
out with Russo for “The Amazing Race.”

But you get the feeling that what she really wants is another chance to outwit, outlast and outplay the castaways on “Survivor.”

“I’d go back for the thrill of the game and I’d go
in with a totally different perspective,” she says. “I think I’d shake
things up.”

Visit the Contra Costa Times on the Web at http://www.contracostatimes.com.

Time runs out for Fox’s ’24’ , but a film version beckons