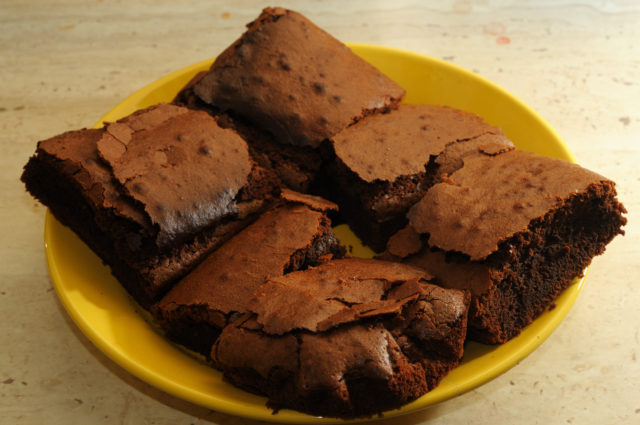 Here’s something you’ve probably already figured out for yourself: eating weed has a very different effect on you than smoking it. Not that we think one of these effects is better than the other, they’re just different.

That said, it is true that more people who claim to have had a bad experience were using edible marijuana products when it occurred. And there’s other evidence of this as well.

In a recent article by Atlantic magazine staff writer Olga Khazan, Colorado emergency rooms reported that edibles are responsible for a disproportionate share of emergency-room visits, relative to sales. So, what can account for this disparity?

There are a few theories out there. Some blame the way our bodies actually process the differing intake methods.

In writing for the website Leafly, writer Baily Rahn points out that when we eat pot, we absorb THC differently than when we smoke it. “When you consume Cannibis in an ingestible form, its THC is metabolized by the liver, which converts it to 11-hydroxy-THC.” This form of THC is thought to result in a more intense high than when you just smoke weed.

When you do smoke weed, the THC travels directly to the brain without passing Go. This tends to result in a faster, shorter lived high.

And that additional speed brings up perhaps the biggest reason people eating weed products tend to get too messed up to enjoy themselves: namely, they lack patience.

We’ve all heard the jokes and stories about the out-of-state idiot (we prefer to make them Texans as if it hasn’t happened to thousands of us locals) who ate a quarter cookie waited a half hour, ate another quarter, waited another half hour and then, utterly frustrated at still being straight, ate three whole cookies. The story usually ends with a naked Texan walking down a crowded street singing a country song as tears roll down his face. Actually, it always ends with the cops walking away with that guy, but you get the point.

In the research for her article, Khazan spoke to researchers who confirmed the idea that eating and smoking pot create two distinctively different substances in the body based on intake method. Eating creates the previously mentioned 11-hydroxy-THC, while smoking your bud sends delta-9 THC coursing through your body.

Almost all the literature everywhere agrees that 11-hydroxy-THC is thought to cause the more intense high of the two. But chances are you likely know people who only eat edibles because they find it to be a mellower experience than smoking.

Maybe the best advice is to know your own body. Do what works for you and avoid what makes you drool and become paranoid.

We’re only sorry we weren’t around to offer that advice to New York Times columnist Maureen Dowd, who — as you may recall from her column describing it — had a spectacularly bad experience with edibles when she flew to Colorado to experience legal pot for the first time. She bought a marijuana-infused chocolate bar that contained multiple doses, returned to her room at the Brown Palace Hotel, and ate the whole thing when she didn’t get an immediate reaction. When the full effect kicked in, she wrote that she “became convinced that I had died and no one was telling me.”

We can’t be sure, but Maureen was likely born in Texas.

Happily, marijuana is one of the safest drugs known, and she survived the experience and resumed her career of writing snarky columns with no noticeable deterioration or improvement in her work.