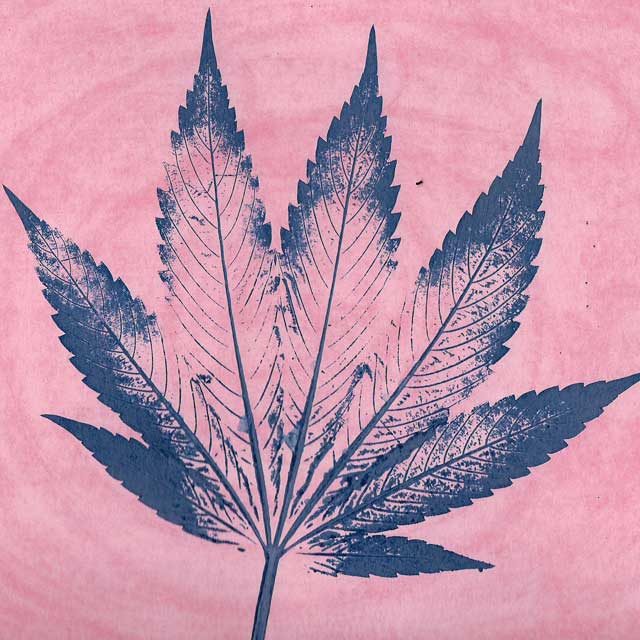 When I was 16, my friends and I were arrested after a police officer caught us hot-boxing my grandmother’s Camry in what we thought was an empty church parking lot. Because I was a minor, all the charges would be expunged from my record if I completed 90 days of probation. I passed my final drug test the same day I took the SATs. Even though I was sober, being forced to sit and concentrate for hours on end left me with a burned-out feeling similar to smoking too much weed, like I had exhausted all my brain cells at once.

As soon as I finished my test, I rushed over to a friend’s house to celebrate the end of probation by sparking a fat blunt. After three months of abstaining, that initial sesh felt like I was smoking weed for the first time ever all over again. I could barely keep my eyes open or stop laughing long enough to eat the gigantic bowl of cereal I had poured myself. I still felt stoned when I woke up the next morning.

This time around, I wasn’t expecting such dramatic results since two weeks is a much shorter time frame. I ended my tolerance break on Sunday night by watching the sunset on my back porch with a joint of Critical Mass, one of my favorite strains for relaxing because it’s indica-dominant with a 1:1 CBD to THC ratio. I can typically smoke joints back-to-back because I have an oral fixation and a history of chain-smoking cigarettes throughout my formative years, so I was completely shook when I realized I couldn’t finish my joint.

After just a few puffs, I was on a level of stoned that I forgot existed. Time seemed to slow down as I started to feel giggly and euphoric. I anticipated that I would feel buzzed from the psychoactive effects, but I was most surprised by the strong body high I experienced. I melted into the chair as my body was overcome with heavy, calming sensations, as if I was being sedated with one of those weighted anxiety blankets. A half hour later, I got the munchies for the first time in years.

I accomplished everything I wanted with my tolerance break. As I adjust back to consuming cannabis daily, I’m realizing how much less I need to experience the same effects. It made me wonder how I reached the point of being able to endlessly consume top shelf strains all day in the first place. If I want to keep my tolerance low, then it would make sense to stick to smaller amounts of less potent strains, but those are increasingly harder to come across in a market where consumers are demanding the most powerful strains.

My dad, who has been a recreational marijuana user on and off since he was a teen, always jokes about how much stronger weed is these days. In the 1990s, when we were all listening to Sublime and smoking bags of seeds and stems, the ratio of THC (the psychoactive compound) to CBD (the medicinal compound) in the plant was about 11:1. Today, thanks to modern agricultural engineering, we have THC to CBD ratios of 250:1. The demand for increased potency is being driven by stoners, not tourists or casual consumers.

It’s estimated that in Colorado’s legal marijuana market, daily or near-daily users account for the biggest share of the demand, almost 67 percent. As legalization spreads, the percentage of people in the U.S. who use marijuana at least 300 days a year continues to rise. Because those heavy users have a greater tolerance and are constantly pursuing a better high, the market has become saturated with high-potency products. The people who want the mellow, less potent stuff don’t buy enough to matter.

I’ll continue a lower-dosing regime, but in a culture obsessed with potency, it seems inevitable that I’ll eventually return to a high tolerance. But it’s not fun to roll a joint, take three hits and then put it out. The act of smoking weed should be social and relaxing. I would so much rather take my time on a strain with 10 percent THC, rolled into a joint that I can finish in its entirety. I wish more growers would realize there’s a market for mellow strains that you can casually smoke all day or share with your boomer parents.