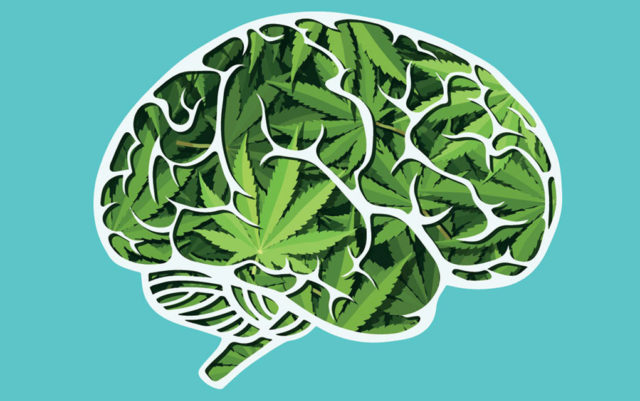 Those who suffer from obsessive compulsive disorder (OCD), know that it’s far more than just a random impulse to organize pencils or color code laundry. For many, OCD is an overwhelming anxiety; a fearful, distressing and paranoid experience that disrupts every day.

It’s a mental health condition that affects roughly 2.2 million adults of all ages and genders in the U.S. (or 1% of the population), according to the Anxiety and Depression Association of America. Traditionally, it’s treated with antidepressants and a specific form of therapy known as exposure and response prevention therapy.

However, a recent study from Washington State University (WSU) suggests there may be another treatment option, a natural alternative that could dramatically reduce OCD symptoms among users: cannabis.

The study, recently published in the Journal of Affective Disorders, is titled “Acute Effects of Cannabis on Symptoms of Obsessive-Compulsive Disorder.” In it, the researchers conclude that, “Patients reported a 60% reduction in compulsions, a 49% reduction in intrusions [and unwanted thoughts], and a 52% reduction in anxiety from before to after inhaling cannabis.”

Which is a significant reduction by almost any measure — if a temporary one.

Carrie Cuttler is the study’s corresponding author and an assistant professor of psychology at WSU. While she remains excited by these results, she points out that the observed benefits were short-lived and seem to dissipate with the high.

“The results overall indicate that cannabis may have some beneficial short-term but not really long-term effects on obsessive-compulsive disorder,” Cuttler said in a press release on the findings. “To me, the CBD findings are really promising because it is not intoxicating. This is an area of research that would really benefit from clinical trials looking at changes in compulsions, intrusions and anxiety with pure CBD.”

That is exciting. Because while cannabis is still illegal federally, CBD is legally available all over the country. In 2018, Congress removed hemp from the definition of marijuana in the Controlled Substance Act, essentially de-scheduling CBD.

Today, that medicine is available in every state. Anyone who suffers from OCD anywhere in the U.S. can try CBD worry-free: because it’s safe to use, it’s naturally derived, doesn’t produce the psychoactive effects and doesn’t require any kind of prescription to obtain. The research also found that higher doses and concentrations of CBD equated to larger reductions in compulsive behaviors — meaning the more, and the more potent, the better.

This research spanned 31 months and drew from 87 people with OCD who logged more than 1,800 cannabis sessions. That length of study offered the researchers a long-term data set to draw from and enabled test subjects to experiment with and reflect on the side-effects of cannabis. Test subjects were also permitted to use commercial cannabis products from the comfort of their own homes instead of government-provided cannabis in a lab setting.

The researchers did note that this isn’t a perfect data set: They didn’t have a means of using a placebo control in this study, which may have skewed the results.

That’s why Cuttler says this observation deserves a much deeper investigation. Her team found one other similar study that explored this thesis, but it was a small clinical trial of just 12 people. Confoundingly, that trial found that while there were notable reductions in OCD behavior with cannabis use, those reductions weren’t much better than those produced by the placebo — raising questions about whether “expectancy effect” played a role in the dramatic success of WSU’s study.

At best, this research suggests that scientists may have stumbled onto a powerful, natural new treatment for a mental health condition that affects millions of people across the country. At worst, it means that far more research needs to be done in this area. Because of the Schedule 1 status of cannabis in the U.S., medical research cannot easily be done on THC or even CBD products. That has hampered the medical adoption of these substances and has barred our scientific community from exploring all their possible uses.

Add OCD abatement to that list of potential uses, which grows the more we learn about this superflower.