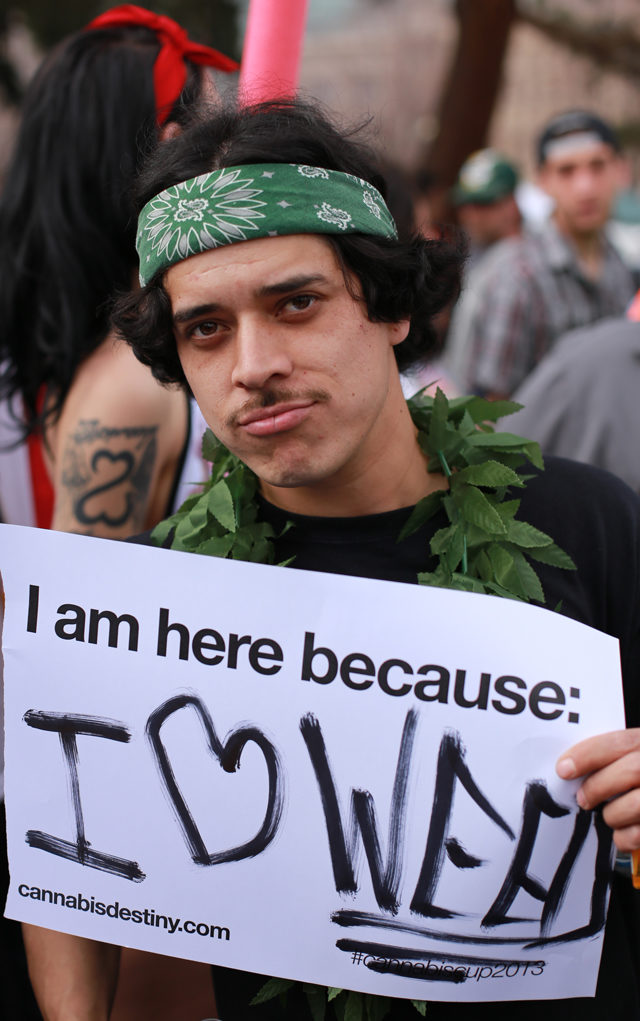 Another April 20 is upon us, aka 420 aka the day for getting baked out of your mind and eating approximately 10,000 bowls of Cap’n Crunch. Each year, marijuana enthusiasts light up all over the world to celebrate the unofficial holiday for cannabis culture. But why do we celebrate weed on Hitler’s birthday? Does it have something to do with a police code for smoking or numbers in that one Bob Dylan song? Why is 420 associated with pot at all? And what’s the point of celebrating a holiday when you don’t know the history behind it?

You’re right, there is no point. All you need to know is that it started in the ’70s as an inside joke between a group of teenage stoners from a bougie-ass suburb outside of San Francisco. I could launch into the whole story about how the friend group, known as “The Waldos,” would meet up every day after school at 4:20 p.m. to hotbox a Chevy Impala and apparently they were super tight with the Grateful Dead, but it’s pretty irrelevant at this point. No one cares about a bunch of hippies wearing bell bottoms and smoking reefer 50 years ago.

No one really cares how the date got chosen. The hazy history of 420 remains obscure for a reason. The only thing that matters is that it’s a special day for stoners. People from all walks of life come together to celebrate a shared philosophy: marijuana is dope.

Let’s talk about the true glory days of 420: high school or college or whatever stage of your life that involved less responsibilities than you have now. Prohibition was still a thing when I was younger, which made 420, like, the funnest thing ever. My best friends and I would stock up on snacks like we were preparing for the apocalypse. Mixed CDs burned with our favorite stoner music, like Sublime and Rebelution, played the soundtrack of our lives as we spent the entire day packing whatever strain of shake our dealer sold us that week into an assortment of bowls and blunts and homemade gravity bongs. Friends would drop by between classes, and you could barely tell who you were talking to through the dense cloud of smoke hanging over the living room. It didn’t matter if we had actual shit to do because celebrating our beliefs was more important than being sober.

But how you celebrate today probably looks a lot different than how you celebrated when your parents were still paying your cellphone bill. If you’re casual about it and only smoke on special occasions, you might partake in an after work sesh with your more stoner-y friends. Or maybe you just plan on liking whatever they post on Instagram instead of actually participating because weed turns you into a messy, paranoid weirdo. If you are a total pot head, though, you will probably be coasting along, high all day because you’re not going to let little things like going to work or school get in the way of celebrating the holiest of high holidays. True enthusiasts have no limits on how they spend 420, no matter what week-day commitments they are expected to fulfill. Many people even clear their schedule altogether to join the thousands of others who gather for the annual 420 rally in Denver.

The intentions behind the rally have become controversial in recent years. Some believe the tradition no longer bears any political significance since everyday is 420 when you live in a legalized-marijuana state, making a massive crowd of people smoking weed together in Civic Park seem more like a party and less like a noble act of rebellion. The real activists (and the side of history that you definitely want to be on) see it as a way to stand together to fight against the biased laws that have disenfranchised entire communities and resulted in the mass incarceration of people of color.

Sorry to be a buzzkill, but while legalizing marijuana sounds revolutionary and all, it’s really just benefiting the same class of rich white people that control all the other industries. It doesn’t feel right to post artsy weed photos on social media for doing the same thing that others have literally died in prison over.

So while 420 may not hold the same place in your heart as it did when you were 19, the holiday is important for remembering where we’ve come from and the work that still needs to be done today. While so many of us have the privilege to get stoned in broad daylight with zero consequences, there are thousands of others who might never be able to make the transition from imprisonment to empowerment. So join a rally, spark a jay and initiate uncomfortable conversations with your white friends about how weed isn’t legal for everyone quite yet.