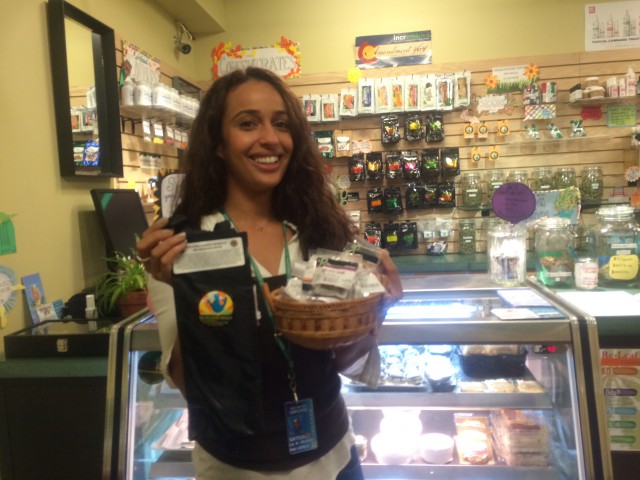 Ah, trick or treating. Remember when your parents let you eat any unwrapped treat you were handed by strangers?

If you’re under 30, probably not. Parents have long been wary that unpackaged treats could contain razor blades. Or shards of glass. Or anthrax.

But this Halloween, Colorado kids are facing a new threat, according to numerous national headlines: candy laced with marijuana.

That’s not accurate, says CB Scientific co-founder Derek Lebahn. His company actually developed these testkits for medical patients and plant breeders. They released them in September. Lebahn contacted a local CBS reporter, but he wasn’t interested.

“Then I mentioned the Halloween scare, because I’d seen the headlines,” Lebahn says.

CBS instantly changed its tune, he says. Fox and ABC interviewed Lebahn, too. They never mentioned the product’s original intent. They all ran similar headlines.

“I have a problem with the ‘to,’” Lebahn says. “It wasn’t developed ‘to’ test Halloween candy.”

Lebahn, a father of three, doesn’t think anyone will be slipping pot candy to kids this Halloween. Edibles are expensive.

The alarming headlines started when the Denver Police Department (DPD) released a video about the danger. On previous Halloweens, there was no such warning — even back when dispensaries were still selling edibles in unmarked plastic bags. But this year, the recreational stores have made edibles more available, explains DPD Public Information Officer Sonny Jackson.

Nonprofit Smart Colorado has also “done a lot of press” on the Halloween issue, says founding member Gina Carbone, who previously fought against Amendment 64’s implementation. Her organization recently posted billboards in Denver showing common candy with the slogan, “Can you spot the pot?” It also says “trick or treat” in that wiggly lettered font typically reserved for haunted house ads.

The comparison is comical at best. GMOs remain unlabeled, despite years of public outcry. Any marijuana in food, however, is mentioned about seven times on the package, thanks to rigorous labeling laws.

“… community members have no way of knowing which products contain pot,” a Smart Colorado member testified in September. Her testimony is provided on their website in a post urging people to speak at a recent rule-making meeting. But if you couldn’t make it, they said, you could contact the governor “in support of marijuana regulation like H.B. 14-1266.” But 1266 is actually a Colorado law on value-based offenses. They meant 1366, which they sponsored, according to their press release, to protect developing brains.

“The legislators ate this thing up,” Carbone says. “It passed overwhelmingly.”

So edibles must soon be recognizable outside of their packaging, she says. Carbone, who serves on an edibles rulemaking committee, is coming up with ideas.

“It could have little sprinkly type things in it that would indicate marijuana,” she says.

Right. Because sprinkles send a clear message: Adults only.

Pot sodas could be colored, she says. (Kids hate colored drinks — that’s why Kool-Aid was such a flop.)

“Baked goods could use edible frosting [to add a symbol like a pot leaf ],” Carbone says. “I think a child could learn not to eat something if they see that.”

Well, it could be a tool for parents, explains Carbone, who has a teenage son.

“You might not know your kid is a daily marijuana user,” she says.

She also worries about youth playing pranks with edibles, or hearing that marijuana could help their ADHD or anxiety. She’s concerned about marijuana’s growing social acceptance.

“Its not just a small group of potheads anymore,” she says. “It’s the top students, the captains of the soccer team… They come from really good families, so kids don’t see anything wrong with it.”

Brooke Wise, owner of local edibles company The Growing Kitchen, says honest dialogue and responsible parenting are key. She isn’t too concerned about the sprinkles-and-frosting suggestions.

“The law says ‘when practicable,’” she explains.

The Growing Kitchen already uses the opaque or certified child-resistant packaging required by law. When their product is sold in stores, it gets placed in another opaque “exit bag” with childresistant locking zippers.

Wise believes the two sides of this debate actually have a lot in common.

“We all want the same thing,” she says, “to keep these out of the wrong hands. But if you start with hyperbole and fear-based rhetoric, you curtail the dialogue.”