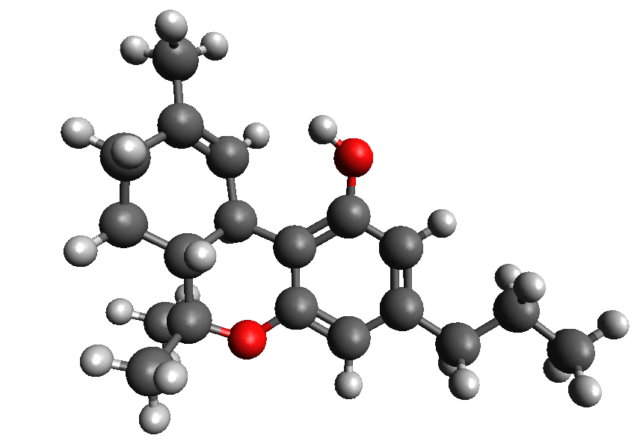 Did you know that cannabis doesn’t actually make THC or CBD? More accurately, it doesn’t make those compounds directly. Heat or light applied to cannabis activates cannabinoid acids that become neutral (decarboxylate, if we’re getting scientific) and, boom, you have THC and CBD, the most famous of the major cannabinoids, and the ones getting all the glory and research.

But there are approximately 140 minor cannabinoids, and you can expect to see some of them popping up in products in the near future — if you haven’t already.

Just like CBD and THC, THCV comes from a precursor acid, tetrahydrocannabivarin acid (THCVA), which itself comes from cannabigerovarinic acid (CBGV).

As for whether THCV gets you high, current science — scant as it is — says that depends on how much you consume.

A quick biology lesson: All cannabinoids interact with the human endocannabinoid system, attaching to receptors that help regulate functions like appetite, mood, sleep, pain and memory. Humans have at least two types of cannabinoid receptors: CB1, which is in the central nervous system (brain and spinal cord), and CB2, which is in the peripheral nervous system, the digestive system and some specialized cells in the immune system.

Lower doses of THCV act as a CB1 antagonist, producing no psychoactive effects, i.e., you don’t get high. But at high doses, the molecule changes behavior and activates CB1, giving you a buzz.

But it’s not a buzz like the kind from good ol’ THC. It’s a lucid and energizing high, with only about half the duration of THC.

There is plenty of buzz, however, around the possible medicinal uses of THCV.

Because low doses of the molecule block CB1 receptors, some research suggests THCV could be used as an appetite suppressant without undesirable side effects such as anxiety and insomnia. In mice, THCV has regulated blood sugar levels and reduced insulin resistance; in vitro models have shown the molecule to have anti-epileptic properties; and British researchers found that it strengthened serotonin receptors and produced antipsychotic effects in rats. THCV may also help with panic attacks, bone growth and Alzheimer’s.

Some people call CBN a sedative cannabinoid, but emerging research suggests the synergistic effect of THC and CBN actually produces intense drowsiness, not just CBN on its own.

Further, lab tests have shown CBN might be capable of fighting off bacterial infections that have developed resistance to traditional treatments, like Methicillin-resistant Staphylococcus aureus (MRSA), a scourge of hospitals and prisons.

Various research has shown CBN is capable of delaying the development of Amyotrophic lateral sclerosis (ALS), a motor neuron disease, in rats and reduces intraocular pressure in rabbits.

So while research is preliminary and meager, it’s clear that minor cannabinoids provide interesting new avenues for medicinal cannabis.

But, as minor cannabinoids, both THCV and CBN are found only in trace amounts in most flower. There are, however, some THCV-heavy cultivars hitting the market, like California-based brand Flow Kana’s Pink Boost Goddess, with 18.7% THC and 4.24% THCV. The strain is marketed to those looking to reduce anxiety and avoid the munchies. Doug’s Varin is also selling concentrates, tinctures and flower with an emphasis on THCV.

Mary’s Medicinals, found at dispensaries all along the Front Range, offers CBN capsules.

With the Drug Enforcement Agency announcing its plan to “facilitate and expand scientific and medical research for marijuana in the United States” in late August, there’s hope that the body of research on minor cannabinoids can grow.