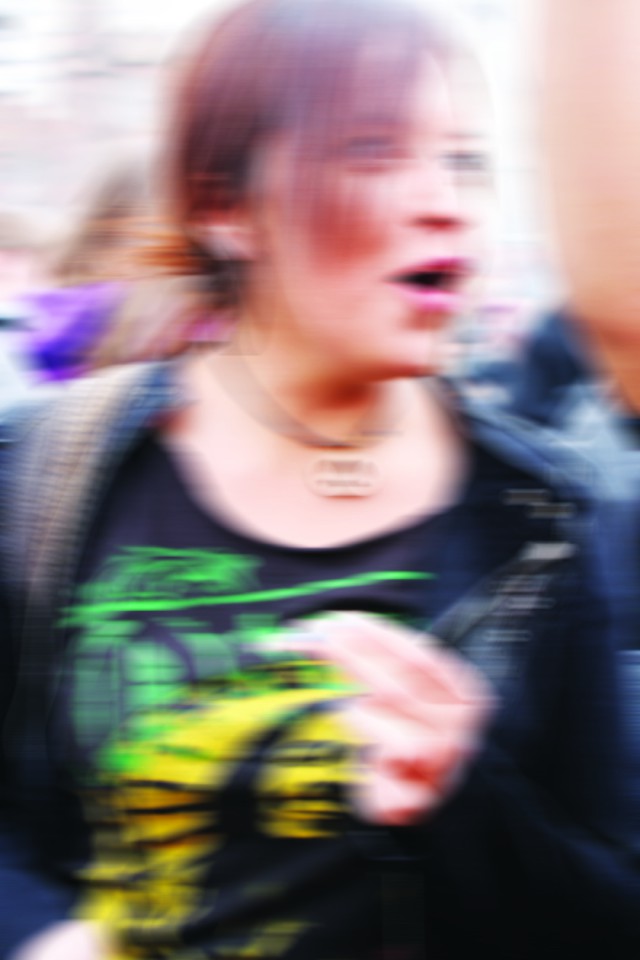 Although I’m generally encouraged about the rules and regulations passed by the Colorado Legislature to regulate marijuana like alcohol this month, the rule that still bothers me allows a jury to infer that someone whose blood level shows five nanograms of tetrahydrocannabinol (THC) per milliliter to be impaired or intoxicated.

Nobody is arguing that there shouldn’t be some way to determine impairment. Nobody wants intoxicated drivers on the road. The rub is in this particular method. The law-and-order contingency says blood-level tests are necessary tools to help identify intoxicated drivers.

What can be wrong with that? In a column a couple of weeks ago I discussed studies that many lawmakers seemed to have overlooked while preparing this regulation, and a Boulder Weekly reader asked a couple of pertinent questions in response. 1) Can someone tell me exactly how much cannabis would it take to register 5 nanograms of THC per milliliter of blood? Even just a range would help, e.g.: one puff, five, 10, 15 puffs off of a plain glass pipe? 2) Is there any correlation between amount smoked vs. height/weight vs. time of initial use of user?

The simple answer is that there is no way to tell exactly how many puffs are going to put you one toke over the 5 ng/ml line. THC concentrations are vastly different for each particular strain, so height or weight won’t make much difference.

The standard study on THC blood levels was done by Skopp and Potsch, who found that when marijuana is smoked, THC levels peak rapidly and immediately in the first few minutes after inhaling, often to levels above 100 ng/ml in blood plasma, but then decline quickly to single-digit levels, usually within an hour.

“High THC levels are therefore a good indication that the subject has smoked marijuana recently,” the researchers conclude, adding that THC can remain at low but detectable levels of 1-2 ng/ml for eight hours or more without any measurable signs of impairment in one-time users. For oral ingestion, they found that “instead of peaking sharply, THC rises gradually over a couple of hours to a plateau of around 2.5-5 ng/ml in blood.”

So you can probably expect to have a blood level of more than 5 ng/ml if you take a few puffs of marijuana and then get in your car and start driving.

But are you impaired at that point? And will law enforcement be able to prove it? Here’s where it gets tricky.

Dr. Don Misch is assistant vice chancellor for health and wellness at the University of Colorado Boulder. As he explains it, alcohol metabolizes in the body in a pretty linear, detectable way, enough so that you can look backwards and determine that if your blood is at a certain level when the test is taken, it would have been higher a couple of hours earlier.

Many people assume that there must be a similar blood level that would determine marijuana impairment. But THC metabolizes in a completely different way from alcohol. “It’s not linear, and it’s often stored in fat, so the numbers are not as meaningful as with alcohol,” Misch says. Someone who smokes medical marijuana might not be impaired at all at 5 ng/ml, but an occasional or new user might be seriously impaired even at a lower level.

Paul Armentano, deputy director of NORML, takes it a step further, explaining that, again unlike alcohol, the peak effects of THC lag well behind the time when your blood levels are highest. So the period of highest concen tration of THC in the bloodstream comes immediately after you smoke, but the highest level of impairment comes 20-40 minutes after using — and as THC blood levels are dropping precipitously. And since blood tests would be done later, the blood-test levels won’t remotely resemble those at the time of the incident.

“This would be the equivalent of lining up three tequila shots, and after the first shot a person would have their BAC be .15 then after three shots it would be 0.02,” Armentano says.

Given those properties, a higher nanogram per milliliter standard probably won’t work, either. And let’s not forget that the U.S. Department of Transportation National Highway Traffic Safety Administration, the same that last week asked for a lower standard for alcohol intoxication, warns clearly and absolutely that “it is not advisable to try and predict effects based on blood THC concentrations alone.”

Perhaps it can be argued that some law needed to be in place in order to regulate marijuana like alcohol. Meanwhile, we can certainly expect challenges to this one from medical marijuana patients who are already driving but are not necessarily impaired, and probably many others, too.

Perhaps it can be argued that some law needed to be in place in order to regulate marijuana like alcohol.

Meanwhile, we can certainly expect challenges to this one from medical marijuana patients who are already driving but are not necessarily impaired, and probably many others, too. (At press time, Colorado resident Brandon Baker is suing to block the bill. “I don’t feel they’re about getting impaired drivers off the road,” he told the Associated Press. “I feel it’s more of a law to infringe on a selected group of people.”)

The real answer is that we need to keep searching for a better way to measure marijuana driving impairment. Just because this one doesn’t appear to work doesn’t mean it can’t be done. Responsible cannabis use means you shouldn’t drive impaired. In Colorado, especially with this new law coming into effect soon, the only safe thing, if you’re smoking, is not to drive afterwards.