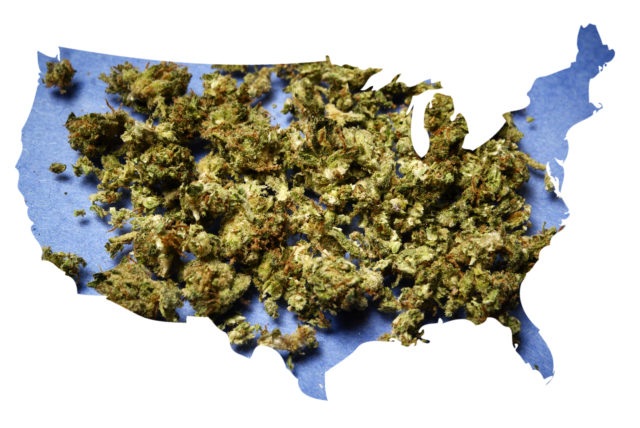 Fall is fast approaching. The days are getting shorter, the nights are getting cooler, gardens are being harvested, and in no time at all the colors of Colorado’s leaves will start to change. Which means one thing: election season is almost upon us. Midterm elections, to be precise. Raising annual question: Are you registered to vote?

It’s a question that the League of Women’s Voters (LWV) has teamed up with edible company Wana Brands and the Wana Brands Foundation to ask cannabis users. If they aren’t registered in Colorado, LWV can help. And even if they already are, LWV has resources they (you, me, and we) could all use.

This year was a politically tumultuous one (particularly for women). And Wana Brands wanted to find a way to support informed voting and promote voting rights. So the edible company and its foundation teamed up with LWV to do exactly that.

“So often we can feel really disenchanted or powerless to have a voice,” says Karla Rodriguez, senior director of corporate social responsibility and human resources at Wana Brands. “And the reality is, we all do have a voice. We all have power through our vote.”

But only if you’re registered. And even then, only if you know what you’re voting for.

That was why the Wana Brands Foundation recently donated $25,000 to LWV’s Vote411.org platform. Vote411 makes voter registration extremely easy. It allows voters to check their registration status, change their address, find polling locations, and discover upcoming debates on local issues. It also compiles nonpartisan election information on ballot initiatives and candidates all in one place, making it a powerful tool for voters in every state, for every election. And best of all, it’s totally free.

“I think it’s just great that Wana Brands [Foundation] is sponsoring Vote411. It’s really a useful website,” says Anne Duncan, one of LWV’s voter service co-chairs. “It’s not slanted in any direction. It’s neutral, it’s easy to use. And we’d like people to take advantage of it.”

Not only has Wana donated to LWV’s Vote411 platform, but the business and the nonprofit are partnering up to drive voter registration at dispensaries across Colorado. There are over four million eligible voters in the state of Colorado, and together Wana and LWV aim to register as many of them as they can. To accomplish that, they’re posting up at select dispensaries and using Vote411 to make sure voters’ addresses and registrations are up to date.

“Historically, only 40% of people vote in midterm elections, whereas we had around 66% for the 2020 elections,” Rodriguez says. “We need to bridge that gap . . . our hope is to reach as many people as possible and to show them that it’s not an intimidating process [to register].”

LWV erupted out of the women’s suffrage movement 102 years ago. It’s one of the oldest voter rights organizations in the country. Anne Duncan’s grandmother was one of the first members of the LWV, and like her grandmother, Duncan is still working hard to be a force for change through LWV. Only now, LWV is teaming up with a cannabis company for the first time in history to accomplish the same goals they’ve been striving toward for over a century. Something Duncan says she couldn’t have imagined even 10 years ago.

But the times, they are a’changing.

“It just seems like a natural partnership because of the way . . . marijuana was legalized in the first place,” Duncan says. “Think about Colorado, marijuana became legal because of citizens voting.”

“We’re the most trusted edible company, and I see [LWV] as the most trusted voter education resource that we have out here,” Rodriguez says. “We both have the same goals. We all are just fighting for our civic rights and an equitable world, and we should partner together on that.”

And, she adds, there’s something to be said for destigmatizing the cannabis industry by working with such a reputable and time-honored non-profit as LWV.

“Ultimately, our hope is that by being one of those companies that can go out on a limb and start doing partnerships [like this], that it creates a domino effect and that we start to see other companies and organizations opening up to these ideas,” she says.

Online and mail-in voter registration deadline is eight days prior to the Nov. 8 election. If you need to register or change your address, and don’t run into an LWV/Wana Brands pop-up at your local dispensary between now and then, Vote411.org is a resource that makes it easy. And it accomplishes everything LWV intended to from its inception over a century ago.

“If we can reach one or two new people through this partnership, then it’s a success at the end of the day,” Rodriguez says.