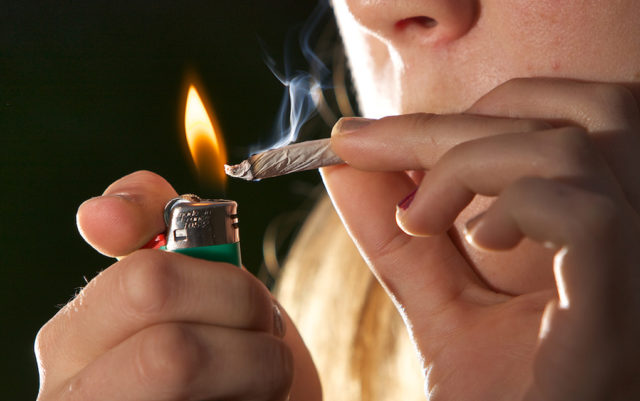 Well before Denver’s Initiative 300 passed — a measure to allow public consumption of marijuana — the Colorado Department of Revenue’s (CDOR) Liquor Enforcement Division was well on the way to issuing rules to amend it.

What voters passed on Nov. 8 was an initiative creating a four-year pilot program allowing for certain businesses, like bars, cafes or music venues, to seek permits for consumption of bring-your-own marijuana for adults over 21 years old, given the licensee met several qualifications, including approval from their neighborhood.

But on Nov. 18, CDOR approved new regulations, including Rule 47-900, prohibiting liquor licenses from allowing the consumption of marijuana on their licensed premises, significantly augmenting the practical application and spirit of Initiative 300.

In a CDOR press release, the department justified Rule 47-900 by citing their obligation to protect the public safety and health of general society: “After carefully considering all impacts to Coloradans and industry, this rule is in the best interests of public health and safety resulting from public and dual consumption.”

To arrive at this decision, CDOR brought various stakeholders together in working groups in the months prior to the vote, just in case it passed. During this time the Retail Marijuana Public Health Advisory Committee, made up of scientists and doctors, found “substantial evidence” that dual or poly consumption (being intoxicated by two or more substances at one time) increases impairment and the risk of a motor vehicle crash.

In a statement, Dr. Larry Wolk, executive director and chief medical officer at Colorado Department of Public Health and Environment said, “If marijuana use is allowed in establishments that hold a liquor license, dual use certainly would occur regularly and present a danger to public health and safety.”

In light of these findings, several often opposing stakeholder groups came to the same side of the table in support of regulations curtailing Initiative 300, including Mothers Against Drunk Driving (MADD), the Colorado Restaurant Association (CRA) and several groups from the liquor industry.

But the question of dual-consumption is not new — it arrived in a big way on the day Amendment 64 was implemented and adults in Colorado could legally consume marijuana. The associated risks have existed all along without specific objection from many of the stakeholder groups involved in the working process that led to Rule 47-900.

MADD Colorado Executive Director Fran Lanzer explains that they did not take a position on Amendment 64, or Initiative 300 for that matter, because they are not a prohibitionist organization, but rather one that prioritizes public safety.

“We prioritized the enforcement of marijuana impaired driving and did what we could to keep our roads safe,” Lanzer says. “Now, this [Initiative 300] smaller subset where we do have some concern around having marijuana consumption in bars and restaurants, [it may] potentially increase impaired driving on our roads.”

The Colorado Restaurant Association lists liability as its foremost concern and as rationale behind their support of the rule, stating in a press release that “allowing the consumption of marijuana in a liquor-licensed establishment puts the owner and employees in a difficult situation with both law enforcement and customers.”

The economics operating just beneath the surface are not to be overlooked, says Mason Tvert, a marijuana legalization activist who was part of the Initiative 300 campaign. The initiative would have created the first occasion in which marijuana would have been introduced in direct competition to alcohol in bars, venues and restaurants.

Whether viewed as a complement to or substitute for alcohol, marijuana could deplete liquor sales if allowed in bars. While smaller bars and restaurants may be amenable to the change, establishments and industries that solely or heavily rely on revenue of alcohol sales could be motivated to protect profit.

“It just seems kind of sketchy, quite frankly,” Tvert says about how blatantly the press release acknowledged the liquor industry’s backing of the rule. “Think of all the different ways you could approach this if your concern was truly about public health and public safety? If [public safety was their concern,] why would they necessarily want to prevent adults from choosing to use a less harmful substance? Why jump to banning marijuana use in these venues?”

In the name of treating marijuana like alcohol, he offers several alternative approaches, like allowing patrons a choice of which substance to consume, or limiting the amount of drinks an adult could consume if they were also consuming marijuana. Or, a restaurant could choose to not sell alcohol for a specific occasion, like a private party, and allow patrons to bring marijuana instead.

To this the CRA says such systems would put bars and restaurants in “awkward” situations, as servers would be thrust into the front lines of an emerging public health challenge.

Tvert doesn’t buy it. “There is only one reason [they are seeking to prohibit co-consumption],” he says. “Why else would it be other than to ensure others that the people of age who are there to get intoxicated are only there getting intoxicated on alcohol?”

Initiative 300 passed with only 53 percent of the vote. Still, it is the government’s responsibility to uphold the spirit the law as well as to ensure public safety, an assuredly difficult task. It is laudable to have so many disparate groups working together to protect roadways from preventable deaths. But we must ask the tough questions about what lies behind good intentions, and uphold the integrity of our democracy by ensuring that it is not for sale to special interests.