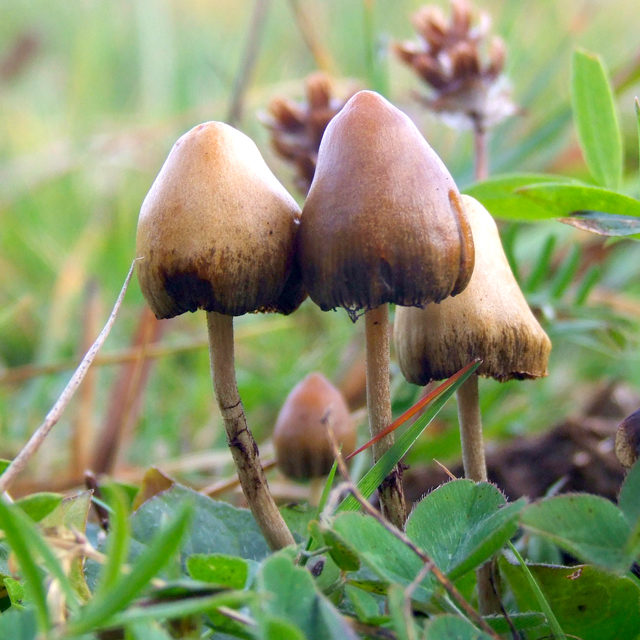 Just when everyone was starting to chill out now that weed is legal and the laws surrounding it are becoming more progressive, some Coloradans have set their sights on a higher target: psychedelic mushrooms.

Earlier this month, representatives of Colorado Psilocybin met with Denver city officials to kick off a city-wide initiative that aims to have a decriminalization measure on the ballot this November.

Decriminalization means eliminating the penalty for small amounts of possession of psilocybin mushrooms. This would allow Denverites the ability to grow, possess, use and give away mushrooms without fear of consequences from city police. You wouldn’t be allowed to sell or buy them from a dispensary quite yet, but it would make room for people who want to experiment with using them for spiritual, therapeutic, medical and recreational use. Colorado decriminalized marijuana long before the drug became legal for medicinal or

Similar to marijuana, mushrooms are a natural product that can impair your perception, but they are generally considered safe since you cannot become physically addicted or have a fatal overdose from taking too much.

In high school, I thought experimenting with mind-altering drugs was the best shortcut to being a happier and more interesting person and you know what? I was right.

Mushrooms aren’t as popular as other vices like alcohol and weed, but according to research by the National Institutes of Health, about 20 million Americans have experimented with mushrooms in their lifetime. In fact, millenials are enjoying them at about the same rates as the Baby Boomers did in the ’60s.

Getting the measure on the Denver ballot will require collecting 5,000 valid signatures. Another group, the Colorado Psilocybin Initiative, is aiming at a vote from all Coloradans — not just Denverites — in 2019 or 2020. They’re looking to legalize not mushrooms themselves but psilocybin, the active ingredient in mushrooms, which can be synthesized.

As of now, the U.S. Drug Enforcement Agency still considers magic mushrooms a Schedule 1 drug. While legalizing any drug besides marijuana is pretty low on our national to-do list, magic mushroom legalization efforts have already been in the works in two other states. Oregon hopes to legalize them for medicinal use, and California for all adults. Some countries are already way ahead of the U.S. game. For example, in the Netherlands, you can purchase the psychoactive mushroom species in the form of truffles.

Just in my short lifetime, I’ve seen marijuana rebranded from a super illegal, black market, highly stigmatized substance to one of the most celebrated alternative health and wellness treatments out there. Will legalizing magic mushrooms and other psychedelic drugs be the next big fight? The next big industry for our state?