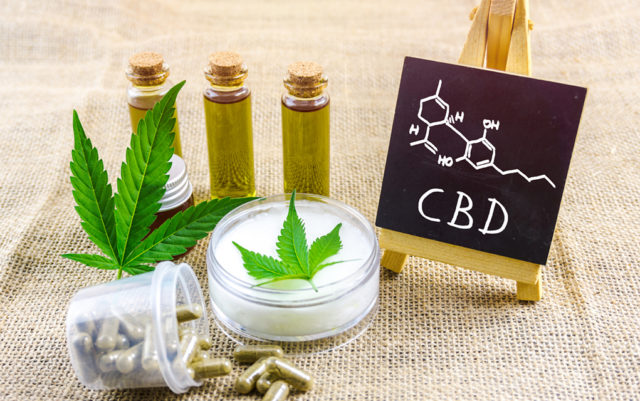 If there’s any product or substance that has benefitted from the ongoing relaxation of cannabis laws across the county — outside of medical and recreational marijuana itself — it’s cannabidiol, or CBD.
CBD, a derivative of the hemp plant, may very well be a part of your wellness routine. People used it to help reduce everything from seizures to sleeplessness to inflammation, and it shows up in salves, ointments, beverages, foodstuffs and much more.

But the marketing around what it can do has maybe gone too far, at least according to the Federal Trade Commission (FTC). On Dec. 17, the FTC announced it was cracking down, for the first time, on CBD sellers who have made claims the agency says they can’t fully back up.
The FTC is now taking action against six CBD sellers who have claimed their products can do things they haven’t supported with science. The sellers in question have purportedly made a wide range of claims about their CBD products, saying they can treat cancer, heart disease, high blood pressure, Alzheimer’s and other serious diseases.

These complaints lobbied by the FTC will result in de facto settlements with the companies, and will require them to cease their allegedly dubious marketing and prevent them from making similar claims in the future — unless they have the science to support their assertions.

“The six settlements announced today send a clear message to the burgeoning CBD industry: Don’t make spurious health claims that are unsupported by medical science,” said Andrew Smith, director of the FTC’s Bureau of Consumer Protection, in a statement. “Otherwise, don’t be surprised if you hear from the FTC.”
The companies include Utah’s Bionatrol Health (which the FTC says made claims that its products were “medically proven” to treat certain diseases, and which the agency alleges changed orders of one CBD product to five products without the orderer’s consent); Epichouse LLC (which the FTC says claimed that its products could stop cognitive decline); and CBD Meds Inc (which the FTC says claimed that its products could treat, prevent or mitigate disorders like autism and schizophrenia).

HempmeCBD, Reef Industries Inc. and Steves Distributing LLC were also on the FTC’s list of violators, with the agency claiming each had made similar health claims it found dubious.
The FTC only issues complaints when it has “reason to believe” a law is being violated, and that it’d be in the public interest for the agency to intervene. Subsequent violations of this enforcement could result in hefty fines for these companies.

CBD is legal in all 50 states, with varying levels of regulation. There has been a growing movement from governmental agencies and lawmakers to better monitor the booming industry. Sen. Chuck Schumer (D-New York) called on federal agencies last year to enact stricter laws so the good actors in the CBD sphere have a level playing field with those that might be taking liberties in their marketing materials.3