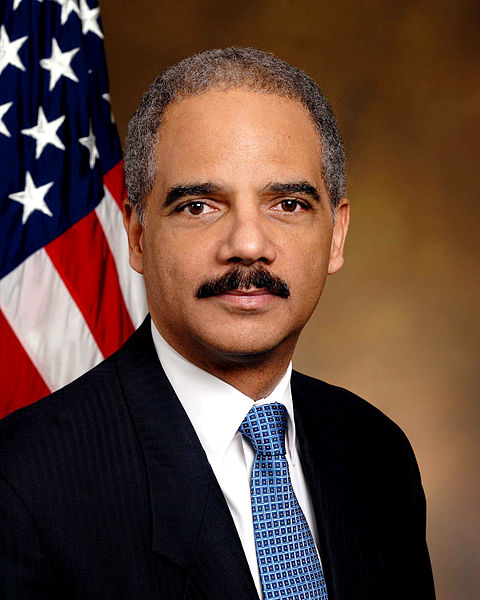 Eric Holder tendered his resignation last week, though he will stay in office until a successor is chosen for the attorney general position. Given congressional inertia on presidential nominees, he could still fill out Obama’s term, so I’m not holding my breath.

I’ll leave his ultimate legacy to others, but on the subject of cannabis, Holder has a mixed record. While he has never advocated for legalization or decriminalization, he is the first attorney general to publicly question whether the federal government should reevaluate its cannabis laws.

Holder has changed his tune over the years. Along with the Drug Enforcement Agency, he was involved in the crackdown on dozens of medical dispensaries in Colorado and California during the administration’s first term. But over time, his tactics changed, and he has worked to reduce the number of Americans in prison, especially for nonviolent offenses (which include cannabis possession or minor sales), to reduce punitive and mandatory minimum sentencing policies (some of those for cannabis-related crimes) and sought to emphasize drug education over school no-tolerance policies, allow early release of elderly inmates and to find ways to reintegrate ex-convicts back into the workforce.

You can argue, and many have already, that he and the administration haven’t done enough. But even though cannabis is illegal at the federal level, an attorney general who guarantees no federal interference in businesses that operate in states that allow medical or retail cannabis as long as they are “within state laws and don’t violate other federal law enforcement priorities” is a hell of an improvement from any previous administration dating back to Richard Nixon’s. And at least so far, he’s kept his word on that one.

Holder says he is open to talk of rescheduling cannabis from its designation as a Schedule 1 drug, defined as one that has a high potential for abuse, no currently accepted medical use in treatment and cannot be prescribed by a doctor.

Cannabis activists have pushed the administration to bypass Congress and reschedule cannabis into a less onerous category on its own. Some arguments are persuasive. Law-enforcement money could certainly be saved by not arresting cannabis users, and taxes from cannabis sales would help in tough economic times. It would almost certainly improve things for Colorado and Washington and other states that have approved retail cannabis or possibly will in this election cycle. (Florida and Guam will decide on medical marijuana, Alaska and Oregon will be voting on retail sales and Washington, D.C. will decide whether to allow adults to grow and possess limited amounts.)

Under the Controlled Substances Act, the Department of Justice could do that through a rulemaking process, but it’s lengthy and tedious. A 1972 petition to allow doctors to prescribe cannabis wasn’t denied until 1994, after numerous court challenges. A rescheduling petition filed in 2002 was denied in 2011. Petitions filed in 2011 by governors Lincoln Chafee and Christine Gregoire to reclassify cannabis are still outstanding. Neither Holder nor the DEA, whose head, Michelle Leonhart, is a strict prohibitionist, have done much to expedite them, although in June it was reported that the DEA asked the FDA to evaluate cannabis’ potential for abuse for possible reclassification.

Holder and Obama have been reluctant to go that route, and I think Holder is correct in saying that it will be up to Congress to change its scheduling permanently. Given the divide, that sounds almost impossible, although at least in the House of Representatives, cannabis legalization/reform is becoming a more bipartisan issue.

Finally, kudos to the Jefferson County high schoolers who boycotted classes and marched in the streets to object to changes in the Jeffco history curriculum suggested by new schoolboard members.

I can’t help but note that the protesters on the streets, who masterfully manipulated the media into worldwide coverage, are the same people targeted by our governor and some state officials in the slickly produced $2 million post- Reefer Madness campaign to scare them into not using cannabis. As if we needed it, it’s just another reminder of how outof-touch some of our leaders really are.

When will they ever learn?

You can hear Leland discuss his most recent column and Colorado cannabis issues each Thursday morning on KGNU. http://news.kgnu.org/category/features/weed-between-the-lines/