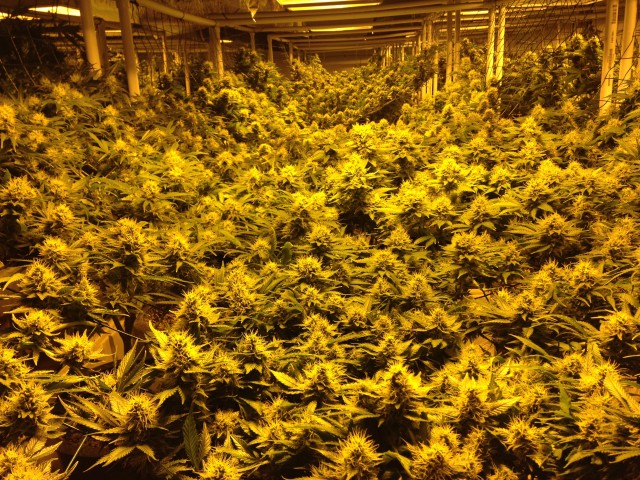 We are just past the six-month point in the state’s roll-out of commercial sales of cannabis, and from all indications, it’s been an unspectacular but successful half a year, especially for a state whose social experiment has been under local and international media scrutiny since Amendment 64 passed in November of 2012.

Half a year is hardly enough for a serious analysis, but as Department of Revenue Director Ron Kammerzell told Vox: “I would say that the rollout was extremely smooth, the sky hasn’t fallen like some had predicted, and we’re moving forward and trying to fine tune this regulatory model.”

A report issued last week by the Drug Policy Alliance, entitled Marijuana Regulation in Colorado After Six Months of Retail Sales and 18 Months of Decriminalization, backs up that contention.

The state collected $10.8 million in tax revenues through April, a number that will continue to climb as more shops open and people get comfortable with legal cannabis. And that’s not counting city and county excise and sales taxes collected and not yet reported.

In a possibly related development, the Colorado Department of Public Health and Environment reports that the number of people enrolled in the Marijuana Registry Program has risen to its highest number in three years. At the end of April there were 116,180 patients on the registry. That may indicate that people are obtaining medical cards to keep away from retail taxes, but there is no way of knowing if that is true or not.

The DPA report notes that since legalization, police haven’t been arresting anyone for criminal possession. Since the state averaged about 10,000 possession arrests per year through 2010, that should already be providing substantial savings, freeing law enforcement to do something else besides arrest cannabis users and saving endless hours of paperwork involved in processing those arrests.

Besides paying taxes to the state, cities and counties, industry businesses currently employ about 10,000 people, with more retail shops, testing and grow facilities opening around the state every month. Businesses that provide everything from hardware for grow operations to software for retail stores continue to proliferate and thrive.

There are no hard numbers here, either, but Gov. John Hickenlooper, who opposed Amendment 64, admits that the industry has helped keep the state more economically viable in tough economic times and that his worries about Colorado becoming known as the “stoner state” have so far been unwarranted.

The report also indicates that FBI statistics show a 10.1 percent decrease in overall crime from 2013 and a 5.2 percent drop in violent crime over the same period last year. Dispensary robberies are down in Denver from this time last year.

I’m still on the fence when it comes to saying that legal cannabis sales have anything to do with overall crime numbers, but one encouraging figure came when the state also released information about its efforts to keep retail cannabis stores from selling or marketing to underage kids. The state conducted 16 sting operations in which it tried to get minors to purchase cannabis at retail stores in Denver and Pueblo. None succeeded.

Which brings up an interesting point. At a recent Denver Post forum, a panelist said that among the unwanted effects of Amendment 64 is that it makes parenting more difficult. I can sympathize with that; parenting has never been easy. But young people aren’t getting cannabis or edibles from retail shops. Neither are companion animals. They’re getting it in their own from friends’ homes or the black market. Shouldn’t the money the state will be spending on education be aimed as much at adults and parents as young people and children?

News headlines have focused on tragedy, especially two distressing events, one in which a young man who came from out of state apparently consumed too much of an edible and wound up leaping from a hotel balcony to his death, the other a man who apparently had eaten a cannabis edible and taken prescription drugs before shooting and killing his wife.

The full stories, especially about the second case, haven’t come out yet. But another story, this one of a young man police said was too stoned and plowed into two police cars whose lights were flashing. We didn’t find out until sentencing that the man was seriously intoxicated, which probably better explains his actions that night.

There has also been an uptick of adults and children reported in emergency rooms due to accidental “overdose” of edibles. “Overdose” is really not the correct term, since nobody can die from cannabis ingestion, and an “overdose” is more just waiting for the drug to leave your system. What is often lost is that edibles are extremely popular among consumers and that millions of dollars worth have been eaten by people of all ages over the last six months without requiring hospitalization or any other problems. The legislature followed up last year’s first round of rules and regs with more complete ones about edibles packaging and consistency. But no matter how much information is on the label, some people are not going to read or heed it.

Given that this is a product whose businesses for the most part are not allowed access to banking or tax benefits and is still considered by more than half the states and the federal government as illegal and whose every move is being scrutinized, it’s been a pretty solid rollout.