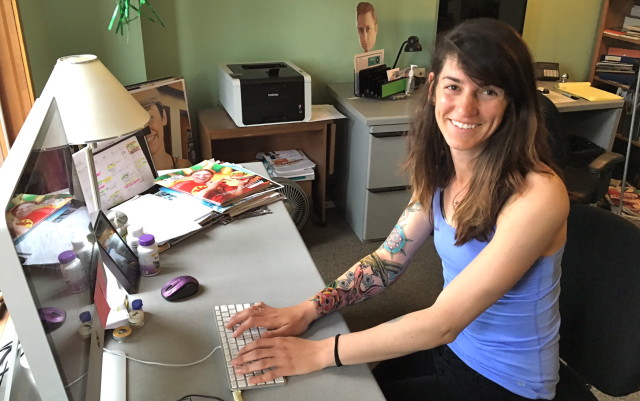 Colorado and Washington were the first states in the country, and the world for that matter, to legalize cannabis for adult use, almost simultaneously implementing unique systems for the legal production, sale and consumption of marijuana.

Although different, the regulatory systems shared a common goal — to make drug use safe and transparent while simultaneously reducing diversion from the legal cannabis market to minors and the black market.

Under that common goal, both states entered the national and international spotlight as each implemented distinct regulatory frameworks that would determine whether or not their efforts were successful, launching a competition of sorts.

A February article in the Economist titled “Reeferegulatory Challenges,” found that Colorado has been more successful in suppressing illicit activity, primarily attributing that to the state’s lower tax rate. Colorado taxes cannabis sales at 28 percent, lower than Washington which set its rate at 44 percent. Colorado generates an average retail price of $15/gram and Washington of $25/gram, both above the black market average of $10/gram.

“The effect on crime seems to have been as one would predict,” the article states. “Colorado’s authorities reckon licensed sales — about 90 metric tons a year — now meet 70 percent of total estimated demand … In Washington licensed sales accounted for only about 30 percent of the market in 2014 … most agree that Colorado’s lower prices have done more to make life harder for organized crime.”

The first is that Colorado made it is easier for businesses to be compliant by implementing a tracking system that is integrated with business needs as well as regulatory system portals.

Colorado Marijuana Enforcement Division Director Jim Burak said at a February meeting in Boulder that the agency is not only responsible for preventing diversion, but is increasingly looked at to provide data and analysis on the cannabis markets. This is because the department is accountable to the public to prove that it is ensuring their safety and to the state government which is playing a crucial role in broader legalization considerations across the country and world.

“If we are going to legalize cannabis in the United States, then we better do this responsibly,” says Kyle Sherman, CEO of Flowhub, a seed-to-sale tracking company deeply ingrained in Colorado’s industry and increasingly endorsed by regulators. “If we are going to legalize it and convince regulators and the federal government that this is a good idea we need to show that we are tracking things and that there is transparency. Not to mention that they need to be able to tax it properly.”

Sherman says that Washington state “is failing” in comparison. He says the system in place there, BioTrackTHC, is tasked with even more rigorous tracking requirements than those in Colorado, but the system lacks the integrity of Colorado’s tracking system, METRC, in both design and implementation.

This opens the possibility of inversion, in which illegal growers push their product into the legal retail market without being taxed, negatively affecting prices and surpassing the intention and methods of regulation.

“Colorado had a very well established and regulated medical market [prior to legalization]. We had nothing. We had no rules,” Hollnagel says. “I was in the medical market before all of this and all you had to do was basically throw a license up and you could grow it and sell it pretty much whenever, wherever. …

“There are so many people right now that used to be medical that weren’t given a path to transition into recreational. They are, like, ‘screw it.’ I’ve got my medical card, and I will just keep it and keep growing, but sell it on the black market.”

Proponents of legalization argue that regulation is the only way to make drug use safe and transparent, while simultaneously reducing diversion to illegal markets. In order for this to be successful, the industry and regulators must strike a difficult balance — to share that goal and to work together towards it.

“The people who run cannabis businesses want to be compliant,” Sherman says. “They want to push things forward. There is no partnership between the industry and the government or anything, but it needs to be a phenomenal cooperation in order to be effective.”