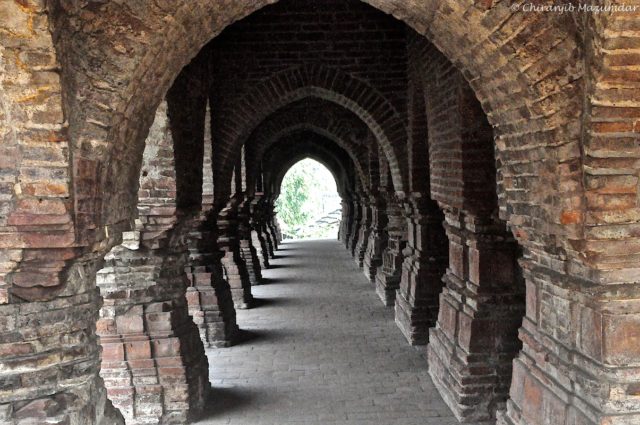 For generations of Americans, marijuana’s description as a gateway drug was embedded into drug prevention education lessons. The federally endorsed D.A.R.E. program that ran from 1983 to 2009 demonized the substance itself, and often the users in the process, because the use of marijuana was believed to lead to harder and more dangerous drugs.

The term “gateway drug” was consistent with the ideology of Ronald Reagan’s administration’s War on Drugs that sought total elimination of drug use and trade.

The research of the day suggested that marijuana consumption was directly linked to the subsequent use of other licit and illicit substances and played a role in the development of addiction.

Studies of the time, from the likes of the National Epidemiological Study of Alcohol Use and Related Disorders, found that adults who reported marijuana use were more likely than non-users to develop an alcohol- or nicotine-use disorder.

Eventually, the correlation between cannabis, alcohol and nicotine developed into curricula that taught a causal relationship between marijuana and other Schedule 1 drugs like heroin and cocaine.

But changes in public opinion are prompting a shift in drug education. Sixty-one percent of Americans now support legalization, 25 states have enacted laws legalizing medical marijuana and four states and the District of Columbia have legalized recreational marijuana.

As marijuana’s “medical” and “recreational” associations strengthen, it is no longer practical to continue to describe it as a gateway drug in order to curb use or highlight its negative health effects.

To position marijuana as a gateway drug relies on the idea of a hierarchy of consequences that depend on the inevitability of severe danger, like overdose or death. While this may be effective in creating an association between a drug and a consequence, it does little to address what causes someone to use drugs in the first place.

In 2009, after the D.A.R.E. program was found to be ineffective, the U.S. Department of Education and D.A.R.E. programs changed their approach, moving toward curricula that sought to balance education on healthy decision making and the health risks associated with drug-taking.

In some instances, the change in positioning is almost diametric. Marijuana is now being used in some medical studies to treat opioid addiction and reduce the use of traditional pain killers in people with chronic pain.

“When we talk about heroin addiction we usually … are talking about individuals who start out with a prescription drug problem,” she said. “And then, because they need more and more, they turn to heroin. It isn’t so much that marijuana is the step right before. It’s not like we’re seeing that marijuana is a specific gateway.”

Emerging curricula seeks to change the notion that drugs are a pathway to self-destruction, but rather drug use as a symptom of underlying inabilities to cope with daily life. In the process, the language used teach kids about cannabis is coming under scrutiny. And it is emerging as a critical aspect of the efficacy of youth drug prevention education.

Furthermore, there is some evidence to suggest that adolescent cannabis use is detrimental to the development of brain function, which reinforces the need for drug prevention education in schools. But it also introduced an evolution in how the message is delivered.

As the standards and tactics changed at the national level they trickled down to state-level curricula, informing the Colorado Academic Standard drug prevention curriculum being used today.

Odette Edbrooke, director of Health and Culture for Boulder Valley School District (BVSD) says the district uses the state’s skill-based programs to set the baseline for BVSD’s curriculum, but also leaves room for each school to tailor its programs to the needs of its specific student populations.

She says that while “gateway” messaging is sometimes still used by teachers, it is not an official term, nor is it recommended.

“It is not as common [as it once was] to create a hierarchy of drugs where you start [at an entry level drug] and end up with something way worse,” Edbrooke says. “Because, in your attempt to make the drug seem worse, you are inherently making the gateway drug seem not as bad.”

The approach now being used by BVSD includes information about health consequences of specific drugs, but mostly seeks to empower students with coping strategies. These skills don’t just aim to prevent substance abuse, but to empower healthy decision making in everyday life.

BVSD is still trying to find ways to measure the effectiveness of this approach, but seems confident that the new era of drug education is more effective than its predecessor.