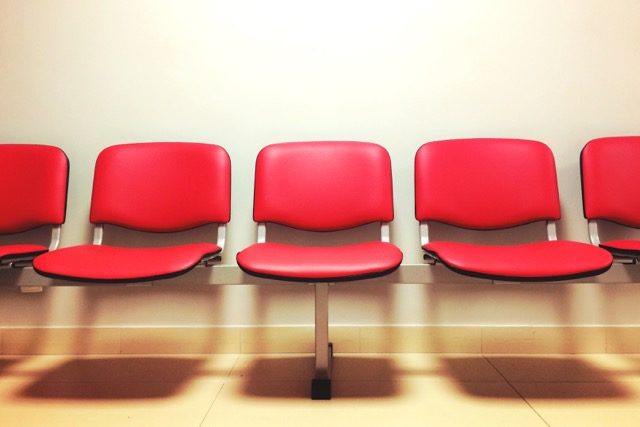 On the afternoon of March 11, I was sitting in the waiting room of my neighborhood dispensary watching people go in and out, occasionally staring blankly at a poster on the wall — a black and white drawing of a paradisiacal field of marijuana plants being harvested by a happy couple. Sitting in that waiting room has become a part of my weekly routine, an errand that had worked its way into my life with a casualness I’d been taking for granted.

While in the dispensary that day I heard fellow customers in waiting talking about the day’s news. Not more than an hour earlier, U.S. Attorney General Jeff Sessions had issued a directive to the Department of Justice to enforce and prosecute the letter of drug law. In the context of the administration’s law and order rhetoric, it seemed an inevitable move to return to zero-tolerance prosecution and mandatory minimum sentencing. But, in that it was a 180-degree reversal of the Obama administration’s criminal reform agenda, it was shocking nonetheless.

In just one moment of eavesdropping, my upcoming transaction was turned on its head. Just like that, $16 for a gram of weed was back to being a federal misdemeanor punishable by a minimum of a year in prison, a $1,000 fine and my name in the public record. It felt appropriate to be in that waiting room and having that thought, on the verge of making the most controversial of purchases, as if my existential crisis was part and parcel of one we, as a nation, are grappling with.

Not since early purchases made in Colorado’s legal market did the transaction seem so tenuous. Once again the discrepancy between state and federal law cloaked the whole endeavor. But this time around it promises to play out with the authoritarian fervor of the 1970s, a time before I was born when the war on drugs was first declared — when drugs were public enemy number one.

Maybe back then this scheme made sense. Maybe once upon a time the criminalization of drugs could have been considered a worthy experiment to see if drugs really could be extinguished in favor of a sober society. But we tried it and it didn’t work, not for its stated goals at least. Drug use remained constant, prison populations skyrocketed and communities across the country struggled to survive the financial and human costs.

Former Attorney General Eric Holder made a statement in direct response to Session’s directive saying as much, and bluntly too, calling his tough-on-crime policies “dumb” and characterizing those instituting them as “voices who have not only been discredited, but until now have been relegated to the fringes of this debate.”

He is not exaggerating. More than 70 percent of Americans are in favor of the legalization of marijuana and more than 52 percent admit to using it. Maybe from where Sessions sits, this is what a major drug problem looks like: one that is spreading like a contagion through the country, one that only law and order can stop. But from where I’m sitting in the waiting room of my neighborhood dispensary, things look quite different.

I see a bunch of people who have all, made the decision to buy some pot. In that process, I’m sure they reflected, just like I have, asking intimate and private questions about the implications of whatever choice they make, wondering about the politics of their own use, the science of how these substances affect the function of their bodies and minds and whether the use of drugs compromises one’s moral standing.

From where I sit, this all seems very democratic, as if it were our modern drug crisis that Alexander Hamilton had in mind when he was penning the introduction to the Federalist Papers, his plea to the people of New York to ratify the new United States Constitution, in which he wrote:

“It has been frequently remarked that it seems to have been reserved to the people of this country, by their conduct and example, to decide the important question, whether societies of men are really capable or not of establishing good government from reflection and choice, or whether they are forever destined to depend for their political constitutions on accident and force.”

I don’t care who you are — whether you put essential oils in your water, take a Tylenol for your headaches, smoke cigarettes or shoot heroin, if you don’t eat gluten or you rub aluminum dioxide in your armpits so you don’t sweat — each and every one of us uses some form of a drug. This is not to invoke or set up a judgment, but merely to point out just how personal the subject matter of drugs really is.

It’s more intimate than love, than sex even, because we cannot share what it’s like for us to experience an altered state with another person. It’s a truly individual experience and yes, sometimes I need or want someone to tell me what to do and what not to do. But, sitting in the waiting room watching people go in and out, sometimes spotting that bucolic poster on the wall — I just want to say no to law and order and seek instead the order that is springing naturally from our ongoing cultural evolution.