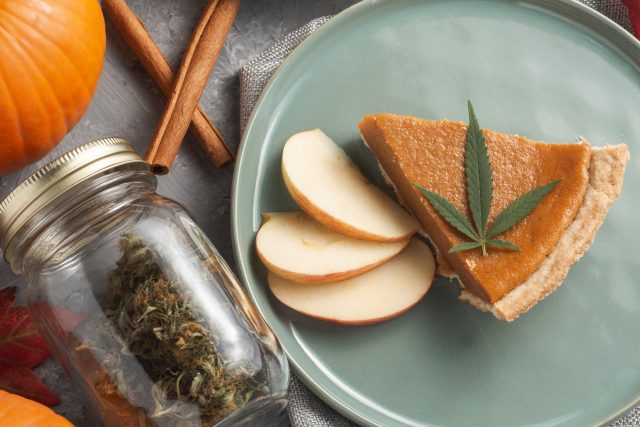 Food prices are higher than ever, and the holidays are here. The supply chain is snarled and kinked, severe droughts desiccated Europe all summer, war has broken out between one of the world’s largest grain and cooking oil suppliers and the world’s largest fertilizer producer, there is a natural nitrogen shortage due to climate change, and inflation in the U.S. continues to rise.

All of that has driven grocery store prices up over 13% from last year. It’s getting expensive to eat in this country. And with the holidays at our doorstep, food drives are more important than ever.

“Food insecurity is such a prevalent issue right now,” Liz Zukowski, policy and public affairs manager at Native Roots, says. “Food banks are serving more people now than they did during the pandemic.”

According to Hunger Free Colorado, 33% of Coloradans lack access to nutritious food; 20% of Colorado adults regularly skip meals or cut back because they don’t have enough money to buy food; 16% of children are not getting adequate nutrition because of family financial problems; and 7.5% of older adults often have to make the difficult choice between purchasing medication and food — and that all compounds around the holidays.

To the folks at Native Roots, that meant stepping up and organizing an event to help. As one of the largest cannabis companies in the state (and the nation), Native Roots has the means to help.

“This inspired us to create the Danksgiving campaign, which celebrates what we are ‘dankful’ for,” Zukowski says.

Native Roots will collect non-perishable donations like canned vegetables, canned fruit, canned soup, canned fish, peanut butter, pasta, canned beans and brown or white rice. Drop them off at any of Native Roots’ 20 dispensaries throughout the state when you swing by to stock up on bud before the holiday.

Native Roots hopes to raise at least 5,000 pounds of food, to be distributed to Coloradans in need.

“The average person eats roughly three to five pounds of food per day, which ends up at about 1.33 pounds per meal,” Zukowski says. “Based on those numbers, the Danksgiving food drive will provide one meal to 3,759 people.”

But the real hope is to provide more than one meal to the families this food drive serves, she adds The goal is to stock these families’ and individuals’ pantries up, and secure food for them from November through December.

To pull off a food drive of this size, Native Roots needed help. The company researched nonprofits, Zukowski explains, and chose four they wanted to partner with: Emergency Family Assistance Association (a Boulder-based nonprofit working to ensure Boulder County families have access to food, housing and other resources), We Don’t Waste (a Denver-based nonprofit collecting unused food and distributing it to the city’s most vulnerable), The K.I.M. Foundation (a nonprofit assisting cancer survivors and supporting local communities with food), and Care & Share Food Bank for Southern Colorado (a food bank distributing donations to 282 food pantry partners across 31 counties).

“Each of the four nonprofits will receive donations that come in from [Native Roots’] locations in their area, which will then be distributed by the nonprofit partner to their local community,” Zukowski says. “Native Roots team members will also help hand out food on Dec. 6 at a We Don’t Waste Mobile Food Bank.”

Native Roots is also doing a fundraiser, on top of the food drive. On Tuesday, Nov. 29 they’ll be donating $1 from every transaction to We Don’t Waste, a nonprofit working to reduce hunger and food waste in Denver by recovering unused food from the food industry and delivering it to other nonprofit partners (i.e., food pantries, soup kitchens, shelters, schools, daycare programs, etc.).

“Rising food costs have made it a challenge for Coloradans to get the nutritious food they need to grow, thrive, and stay healthy,” Zukowski says. “Now, more than ever, we want to support our communities by hosting food drives and boosting resources where they are needed most. Everyone should enjoy a special meal surrounded by loved ones during the holidays.”