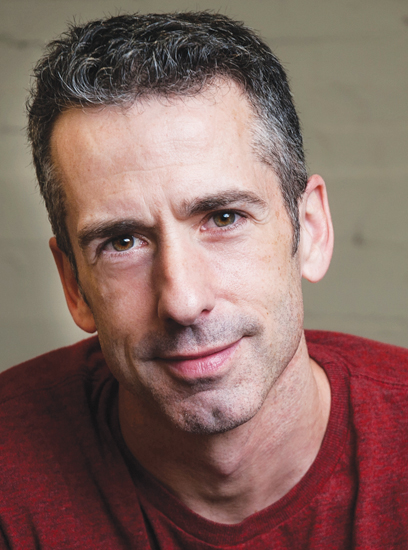 From the end of Roe to the assault on democracy to the climate crisis to the war on Ukraine, it’s all bad news, all the time, for everyone. But the monkeypox outbreak is an extra little helping of bad news specifically for gay and bi men. (More than 96% of monkeypox cases have been in gay and bisexual men.) Hey, faggots? If you have a rash or feel like you have swollen glands, stay home. And if you’re sexually active or hope to be soon, get the monkeypox vaccine at your earliest opportunity. In the meantime, here’s a column featuring all gay questions to remind us that gay life isn’t just freaking out about ingrown hairs.

Dear Dan: I’m a mid 50s gay man, married to a man. We’ve been together 30 years. We love each other and have built a great life together, but our sex life is so lackluster it’s nearly extinct. After years of trying to get my spouse to talk about our likes, wants, needs, and differences, and after years making suggestions about how or what we could do either together or apart to improve our sex life, I finally had enough and began having dalliances here and there. I encouraged him to pursue sexual satisfaction where he likes, but his response is always, “I couldn’t do that.”

So, what’s the problem? I’ve always been drawn to Daddy/boy scenarios—it plays into my submissive tendencies—and I recently met a hot Daddy. We’ve been meeting up for six months, we’re both GGG, and the sex is awesome! But my spouse does not know about my relationship with Daddy. I would love for the two to meet, as I think they would enjoy each other’s sense of humor and personality, as they are both wonderful men. Is it possible to introduce them so that the three of us could be friends and maybe ease my spouse into opening things up? My spouse and I are both sub bottoms and my Daddy is a gentle Daddy Dom. Do I bring them together or do I keep these two relationships separate?

Now, assuming your husband isn’t an idiot, LAD, he knows you’ve been having sex with other men. When you told him to pursue sexual satisfaction elsewhere, he must’ve known you planned to do (or were already doing) the same. But there’s a difference between knowing something because you kindasortafigured, LAD, and knowing something because you were literally fucking told. And there’s a difference between having sex with other men—one-offs, one at a time—and having sex again and again with one man. (Which, during this monkeypox outbreak, is a far safer option for you and your husband than one-offs.) Sexual infidelity is one thing, emotional infidelity is another.

But the odds your husband will leave you—after 30 years—seem slim. And even if he’s upset at first, who knows? If he’s open to meeting your boyfriend/daddyfriend once his anger dissipates, and if he’s attracted to your Daddy Dom and your Daddy Dom is attracted to him, a series of hot threesomes might revive your sexual connection with your husband. Things could also go from not great to truly terrible—you could wind up getting divorced—but things aren’t going to get better on the sexual front without a shakeup, LAD, and telling the truth is a pretty good way to shake things up.

All that said, LAD, telling your husband, “I have a boyfriend, I’d like you to meet him, I think you two might click,” is a big risk and there are no backsies.