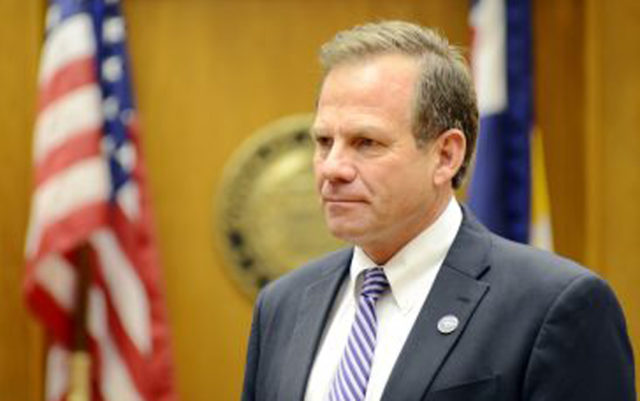 Last Tuesday’s Daily Camera reported that the National District Attorneys Association (NDAA) had formed a 14-member committee to Advise the Trump administration on marijuana policy, and that Boulder District Attorney Stan Garnett was a member of it.

That’s good news. Not as good news as the Camera made it out to be, but good news nonetheless.

The Camera story left the impression that the committee would serve as an official advisory committee to the administration, which unfortunately isn’t accurate.

After the story appeared, Nelson Bunn, director of policy and government affairs for the DAs, sent out an email to several publications that said the NDAA had “formed an internal working group made up of prosecutors from around the country to develop association policy on the subject of marijuana.”

“Contrary to other reporting, the working group is not affiliated with any other organization or entity, including the incoming administration,” the email said.

Still, the formation of the committee is a welcome development, especially given Garnett’s presence on it.

The opinions of the National District Attorneys Association on pot will carry some weight with the Trump administration, whether they are officially sanctioned or not.

The committee’s 14 members include two representatives from Colorado — Garnett and Tom Raynes, executive director of the Colorado District Attorneys Council — and DAs from California and Oregon, two other states that have legalized.

That’s important because professional organizations from the criminal justice community have, with a few exceptions, been infamously bad when it comes to marijuana. Police and sheriffs associations in Massachusetts and California opposed the marijuana initiatives that passed in those states last November, and a sheriffs’ group in Arizona was part of the successful effort to kill the legalization initiative in that state.

The newly formed DAs committee has its share of prohibitionists and re-criminalizers on it, according to Garnett.

At the first meeting, some of the DAs wanted to send a letter to the governor of any state with recreational or medical marijuana telling them to shut those businesses down within 90 days.

“I thought that was a particularly unrealistic and ill-conceived idea, and I was not shy about saying that,” Garnett told the Camera.

“For somebody from Missouri or South Carolina to tell Colorado how to handle an issue of its own choice like legalization of marijuana is not only bad policy, but fails to respect the importance of local control and states’ rights,” he said.

Bunn wrote that the NDAA will release policy positions on cannabis in general “upon completion of the working group discussions,” although he didn’t say when that will be.

That could be a big deal, especially if the committee comes out against a marijuana crackdown at the state level, which is not improbable given the number of states that have legalized or are moving toward legalization.

A DAs association’s stand in favor of leaving marijuana legalization to the states, either officially or informally as is now the case, would go a long way toward preventing a new federal anti-pot jihad. If the prosecutors tell Attorney General-designate Jeff Sessions he’s wasting his time, he’s more likely to pay attention than if the stoners tell him.

And Garnett said it is a near-certainty that Sessions will see his group’s work product.

“Assuming he gets confirmed, he would definitely be the recipient of whatever we come up with,” Garnett said.

The late media critic A. J. Liebling once remarked that if you wanted to know how things worked in America, you had to understand that there were tens of thousands of special interest groups in the country, and that when an issue came along that affected them they would start popping off on it. And when enough of them had popped off, it turned into the vox pop, and politicians ignored it at their peril.

Marijuana legalization is an issue on which a lot of groups who have been silent are now popping off, and what DAs have to say about it will have a significant impact on the emerging vox populi. It’s good to know that Garnett is involved in the conversation.