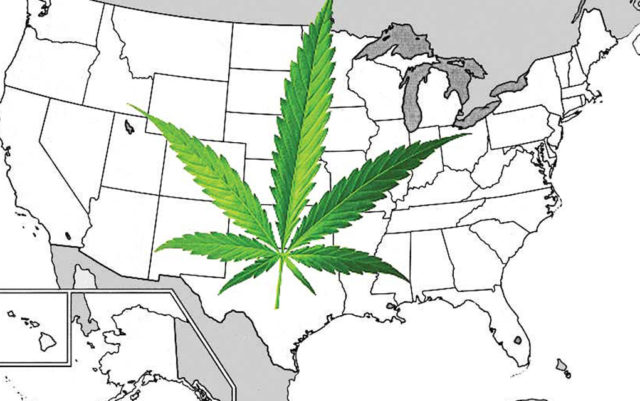 The next battle in the war to end the war on marijuana will be fought on June 26 in Oklahoma.

June 26 is the date of Oklahoma’s primary election. It’s also the date on which Oklahomans vote on State Question 788, an initiative to legalize medical marijuana in the state.

Supporters of the initiative collected their signatures in 2016 — they needed 66,000 valid ones — and had hoped to be on the ballot that year. They had enough, but they couldn’t get their petition certified in time for the 2016 ballot. Under Oklahoma law, that meant the governor would decide when the vote on the initiative would take place. Last January, Governor Mary Fallin decided it would take place during the June 26 primary.

Primaries usually are relatively low turnout affairs, especially among younger voters, who nationally are overwhelmingly in favor of legalization.

However, the initiative’s supporters seem OK with the date.

“I would say the sooner the better,” said Chip Paul, a co-founder of Oklahomans for Health, the group that sponsored the petition.

One reason that he seems cool with the date may be that a Sooner Poll taken in January showed that the initiative had 62 percent support. That may be low by national standards, where support for medical marijuana typically clocks in at 80 to 90 percent, but for a state as socially conservative as Oklahoma (Oklahoma was one of the last three states to end alcohol prohibition within its borders if memory serves) it seems pretty solid.

The Oklahoma initiative goes farther than other medical marijuana initiatives in a couple of ways. For one thing, it doesn’t include a laundry list of conditions for which medical marijuana can be prescribed. The decision to write a patient a prescription for a particular condition is left entirely up to the patient’s doctor. (A doctor’s recommendation would also be necessary for obtaining a state-issued medical marijuana license.)

A license holder would have to be at least 18 years old and would be allowed to legally possess up to 3 ounces of pot on their person or 8 ounces at home, six mature plants, and six seedlings. The limits can be increased by individual counties or cities.

A person who is caught with up to 1.5 ounces and doesn’t have a license but can state a medical condition is subject to a $400 fine.

This last provision appears to have prompted one member of the state legislature to claim the initiative would legalize recreational marijuana in the state. It wouldn’t do that, but it would effectively decriminalize possession in Oklahoma.

Supporters of the Missouri Patient Care Act, which would change state statutes, were also collecting signatures. They needed just under 100,000 to make ballot. No word on how they’re doing yet.

And just to make things even more interesting, the Missouri House of Representatives recently passed its own medical marijuana legalization bill by a 112 to 44 vote. Senate action is still needed.

Then there’s Maine. Maine voters passed a recreational legalization initiative in 2016, over the objections of Maine’s pot prohibitionist dead-ender governor Paul LePage. But LePage isn’t into that will-of-the-people stuff. So when the state legislature passed the enabling legislation for commercial production and sale, he vetoed the bill.

So the legislature passed a second bill that addressed some of the (disingenuous) objections LePage raised to the first bill. Then LePage vetoed that one as well.

With that, the legislature had its fill of LePage’s obstructionism. On May 2, both houses of the legislature voted to override his veto — by 109-39 in the House and 28-6 in the Senate.