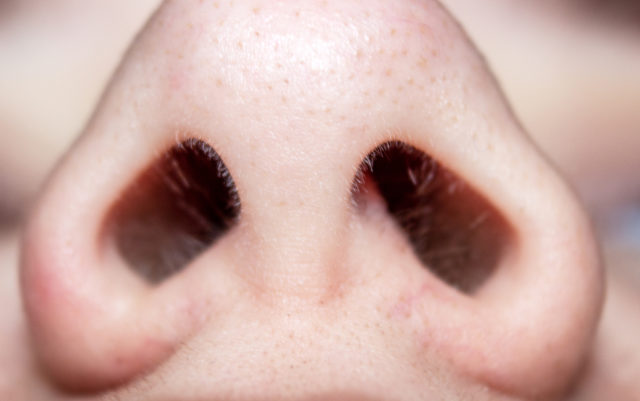 President Trump last Friday said aloud what every U.S. president since Harding has known about prohibition but has rarely been willing to say — that it doesn’t work.

The occasion was a White House meeting on whether to ban vaping products, or at least the flavored ones.

“When you watch prohibition, when you look at the alcohol, you look at cigarettes, you look at it all, if you don’t give it to them, it’s going to come here illegally,” Trump said.

“How do you solve the fact that it’s going to be shipped in from Mexico? That’s a problem. You have the same problem with drugs and everything else.”

(The quotes come from a story by Marijuana Moment writer Kyle Jaeger.)

You might hope for a more grammatically polished statement of the case against prohibition, but you couldn’t ask for a more direct one. (Whatever other sins Trump might be accused of, nuanced speech isn’t one of them.)

U.S. presidents have known for decades that prohibition doesn’t work, but the only one who took on the prohibitionists and won was FDR, who made repealing the Eighteenth Amendment a major plank in his 1932 campaign platform.

Roosevelt’s successors pretended that alcohol prohibition was unique and bore no relation to any other form of prohibition — including marijuana prohibition, which started in 1937. They wouldn’t take a stand against any of the country’s other prohibitionist proclivities, and, starting with Nixon, they signed the bills that started and sustained the war on drugs.

Trump’s remarks are a real departure from what other presidents, both Democrat and Republican, have been willing to say about the country’s prohibitionist impulses, so it’s reasonable to wonder whether he’s serious or whether he’s just shooting off his mouth.

It’s probably a little of both. Trump isn’t bashful about thinking out loud, and he commented after sitting through a meeting in which a lot of prohibitionist bullshit was spoken about the need to ban flavored vapes in order to protect “the children,” including by Mitt Romney, not one of Trump’s favorite people. It’s possible Trump spoke the truth about prohibition just because Mitt pissed him off. He does things like that.

But according to Reuters, Trump had been peppering both advocates and opponents of vaping bans with questions during the meeting, so his remarks about prohibition not working didn’t just come out of thin air.

Trump may have surprised himself by going public with misgivings about prohibition, but now that his views are out, he may be more inclined to embrace them and double down on them when they are attacked. He does things like that too. Especially since a number of nanny-statist prigs in the coastal media are already beating him up for abandoning a proposed ban on flavored vapes.

Update: Forbes is reporting that a Trump campaign internal poll found a big majority of Trump supporters would be less likely to vote for him if he supported vaping bans.

May the pot of paradise fly up your nose…

Doctors in Sydney, Australia, recently reported the strange case of a 48-year-old man who showed up at their hospital with a 3/4-by-1/2-inch “rhinolith” — the nasal equivalent of a kidney stone — lodged up his right nostril.

It turned out that 18 years earlier the guy had been doing time, and that during a prison visit his girlfriend had slipped him a small balloon filled with pot — which he shoved up his nose and forgot about.

OK, it’s not as nutty as it sounds. It turned out the guy had gotten the pot past the guards, but when he tried to get it out he pushed it farther up his nostril and eventually thought he had sucked it out the back and swallowed it. That’s when he forgot about it.

But the balloon had gotten stuck in his nostril, where it calcified.

The docs discovered it after giving the guy a head scan to find the cause of the headaches and nasal infections he had been complaining about. The latter went away after the rhinolith was removed endoscopically.

“To the best of our knowledge, our case represents the first report of a prison-acquired marijuana-based rhinolith,” they reported.

Yet, inexplicably, their report appeared in the journal BMJ Case Reports rather than the Guinness Book of Records.