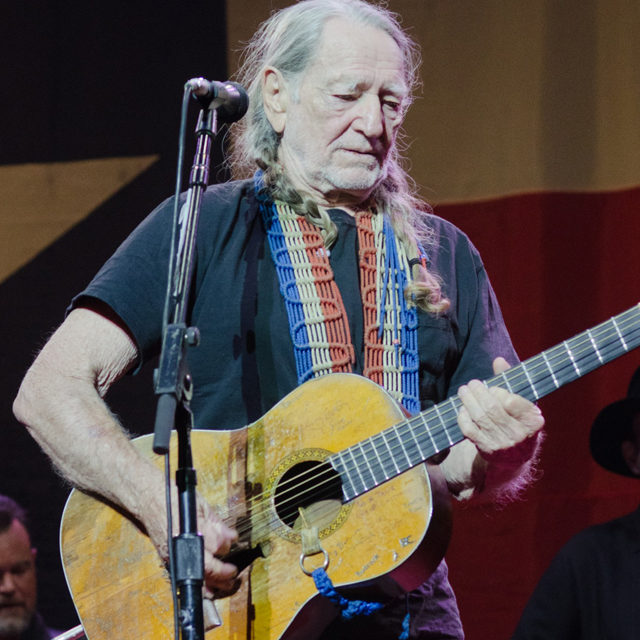 He came to play.

O’Rourke, who represents El Paso in Congress, is running for the U.S. Senate against incumbent Texas Senator Ted Cruz.

O’Rourke is exuberantly in favor of marijuana legalization, and he has not been bashful about making it a big issue in his campaign. Like, the central issue.

If there was any lingering doubt on this point, O’Rourke ended it on July 4, when he appeared at Stoner Laureate Willie Nelson’s 45th annual Fourth of July picnic in Austin.

O’Rourke spoke, of course — he’s a trained politician for God’s sake, what do you expect? — but he also brought his guitar along and played a set with Willie.

The set consisted entirely of weed-themed songs. According to the Dallas Morning News, they performed “Roll Me Up and Smoke Me When I Die” and “It’s All Going to Pot.”

So how is organizing a campaign for the U.S. Senate in Texas around legalizing marijuana working out for him? Not badly, it seems. A poll taken a couple of months ago showed him tied with Cruz. Subsequent polls have shown Cruz ahead by single digits.

Cruz isn’t a pot-prohibitionist knuckle-dragger. During the 2016 presidential campaign he favored leaving marijuana legalization to the states and has stuck with that position. That aligns him with the approach taken in the bill sponsored by Colorado Republican Senator Cory Gardner and Massachusetts Democratic Senator Elizabeth Warren, which calls for suspending marijuana enforcement under the Controlled Substances Act in those states that have legalized it.

O’Rourke’s platform is that of a liberal Democrat with the Bernie Sanders hard socialist edge filed off. For the most part he has avoided stands that would alienate the state’s conservative leaning moderates, who this year may decide the election.

Until a couple of days ago, that is. Following the Helsinki summit press conference, O’Rourke quickly called for Trump’s impeachment.

That may be more than a lot of Texans who have misgivings about Trump are ready to swallow. Cruz immediately pounced, accusing O’Rourke of “partisan extremism” that “may resonate great in Hollywood, but doesn’t reflect the views of the vast majority of Texans.”

If O’Rourke beats Cruz, or even plays him close, by running a marijuana-centric campaign, it will be a huge victory for the legalization movement. On the other hand, if Cruz wins, it will show that a states’ rights Republican can walk away from the Republican Party’s zero-tolerance, just-say-no tradition on marijuana and live to tell about it.

Cruz-O’Rourke will be one of the most interesting contests this election cycle.

Willie Nelson also made a bit of news on the Fourth as well. Both he and O’Rourke made pro-immigrant remarks, but then Willie used his wife’s Twitter account to send President Trump a message: “Let’s go down to a border detention center together to better understand what’s happening down there?! Let’s talk!”

If Trump has a lick of sense, he’ll jump at the invite. A Willie Nelson-Donald Trump Summit. A Texan and a New Yorker actually talking to each other. They could even meet on Willie’s tour bus, the Honeysuckle Rose, with only translators present. (One speaks Texan and the other speaks New York, so translators would be necessary.)

A variety of issues would be discussed, naturally, and, who knows, if they hit it off, maybe even a “Weed with Willie” moment could happen. Hey, if Trump could hit it off with Little Rocket Man, anything is possible.

Eat your heart out, Vlad.