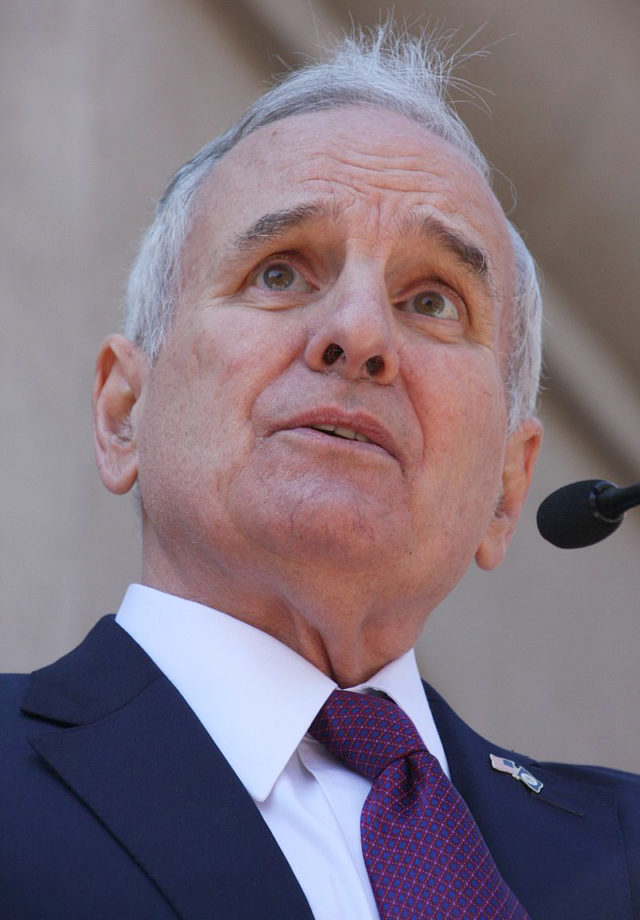 And you thought only Republican pols were marijuana prohibitionists… When it comes to legalizing recreational marijuana, two-term Minnesota Governor Mark Dayton, a Democrat, is channeling two-term Republican New Jersey Governor Chris Christie; he says it ain’t gonna happen on his watch… Responding to an audience question during an appearance at the Minnesota state fair, he said legalizing pot would send a bad signal… “If somebody wants to use marijuana, go visit California or Colorado,” he says, “but don’t bring it back here. I don’t see it improving the quality of life in those societies…” Maybe that’s because he hasn’t been paying attention. In July, the unemployment rate in Colorado was 2.4 percent; Minnesota’s was 3.7 percent. And between 2010 and 2016, Colorado was the fourth fastest growing state in the nation. Minnesota was number 25… People usually don’t pour into states whose quality of life is dropping.

Legalization 2018 — red state storm rising… Petition drives to put medical and/or recreational legalization initiatives on the 2018 ballot are already underway in five states, and they all have something in common — they all voted for Trump… In Michigan, the Coalition to Regulate Marijuana Like Alcohol has already collected more than 200,000 of the 252,523 signatures it needs by November 22 to put its initiative on the ballot; it wants to have 350,000 on hand by the end of October… The Michigan Regulation and Taxation of Marijuana Act is patterned after Colorado Amendment 64, but better in some ways… It would allow possession of 2.5 ounces of pot and, for home growers, 12 plants… A poll released in February found 57 percent support for legal recreational marijuana in Michigan… In South Dakota, New Approach South Dakota is trying to petition two separate initiatives, one for medical and one for recreational pot, onto the 2018 ballot. Each proposal needs 13,871 valid signatures; supporters say they are already three-quarters of the way there on each petition… There’s been no polling on either one… In Missouri, New Approach Missouri is collecting signatures on a petition to put a constitutional amendment legalizing medical marijuana on the ballot… Supporters need 160,199 signatures by May 6, 2018; so far they’ve collected 50,000 with a volunteer effort… They say they’ll start using paid circulators in the fall… A July 2016 poll found 62 percent support for medical pot in the Show Me state… In Utah, the Utah Patients Coalition started circulating a petition for medical marijuana legalization a couple weeks ago… Supporters need 113,143 signatures by April 15… Two surveys earlier this year found more than 75 percent support for medical marijuana… Oklahoma voters will vote on a medical marijuana initiative in 2018… A petition was submitted with enough valid signatures to put it on the ballot in 2016, but it was held up by a legal challenge that supporters won, but not in time for the 2016 election… Polling in 2015 found 59 percent support for medical pot… Utah, Oklahoma and South Dakota are three of the reddest states in the county; Missouri is the arch-typical swing state, and Michigan is the poster child of a blue state defecting from the Democratic Party… Getting a legalization proposal on the ballot doesn’t ensure passage, of course, but the fact that five states that voted for Trump in 2016 are likely to be voting on legalization in 2018 speaks volumes about how the times are changing, even if Jeff Sessions isn’t.

A coming Colorado marijuana glut?… According to a story in Marijuana Business Daily, Colorado may be looking at a marijuana glut in the next few weeks as the big outdoor grows in Pueblo County harvest this year’s crop, but it might not cause a price collapse for flower… It turns out most of the outdoor crop has already been contracted as trim to marijuana-infused product companies and won’t affect the wholesale flower market… However it could affect the price of edibles if the bumper crop creates a glut of the extracts used to infuse pot cookies, candy, etc.