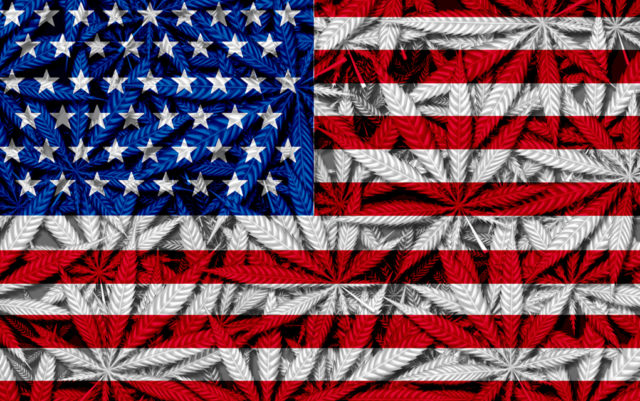 On Nov. 20, the House Judiciary Committee was due to take up a bill that would legalize marijuana at the federal level.

The legislation, which is sponsored by Judiciary Committee Chairman Jerrold Nadler (D-New York), would remove marijuana from the federal Controlled Substances Act, where it is currently listed as a Schedule I controlled substance, along with heroin. It would also levy a 5% federal tax on marijuana sales and use the revenue to fund programs like job training and legal aid in communities that have been hit hardest by pot prohibition, many of which are black and Hispanic.

The bill would also expunge the records of many of those with federal pot convictions, provide for resentencing of others, block federal agencies from denying public benefits or security clearances as a result of marijuana use, and protect immigrants from being denied citizenship over pot.

A committee press release quotes Nadler as saying: “Our marijuana laws disproportionately harm individuals and communities of color, leading to convictions that damage job prospects, access to housing, and the ability to vote.  Recognizing this, many states have legalized marijuana. It’s now time for us to remove the criminal prohibitions against marijuana at the federal level. That’s why I introduced the MORE Act, legislation which would assist communities disproportionately impacted by the enforcement of these laws.”

Nadler also said he’s optimistic about the bill passing in the committee and ultimately moving to the House floor. One reason for his optimism is that he’s been talking with other committee chairs and requesting that they waive jurisdiction of the reform legislation to expedite the process.

He said he “didn’t anticipate that to be a big problem” despite the fact that the bill, dubbed the MORE Act (or Marijuana Opportunity Reinvestment and Expungement Act), has been referred to seven additional committees.

“We are looking forward to moving this to the floor at an appropriate time when we’ve done some more educational work and have the votes,” he said.

A number of cosponsors of the bill weighed in with comments as well, including this gem by Rep. Steve Cohen (D-Tennessee): “The MORE Act is the Acapulco Gold of marijuana law reform legislation.”

Acapulco Gold was one of the first marijuana varieties to be singled out by users in the 1960s from just plain pot, and it acquired legendary status. And, yeah, Cohen is old enough to remember the ’60s. Barely.

He also said the MORE Act “will remove a stain on people’s records but really a stain on the United States of America.”

“More than 650K people are arrested for marijuana offenses ever year,” he tweeted. “The failed War on Drugs is a stain on our country, and we must work to undo the damage it caused. The#MoreAct would legalize #marijuana & require resentencing and expungement of old convictions. #WeDeserveMORE.”

The MORE Act is expected to pass out of the committee and ultimately pass on the House floor; a Pew Research poll taken earlier this year found two-thirds of Americans and 78 percent of Democrats believe marijuana should be legalized, so there isn’t much political downside for most House members in voting for the bill.

The bill’s prospects in the Republican-controlled Senate are another matter. Senate Majority Leader Mitch McConnell has indicated in the past that he does not favor legalization and could block consideration if he chooses to. On the other hand, passage of the bill in the House would put pressure on the Senate to do something, if for no other reason than to keep marijuana legalization from becoming an issue in the 2020 congressional elections.

In that case the most likely “something” to do would be to take up Sen. Cory Gardner’s STATES Act (Strengthening the Tenth Amendment Through Entrusting States Act) that would exempt states that legalize marijuana from existing federal anti-pot laws.

Politics is the art of the possible. The MORE Act would be the better solution, because it rids federal law of marijuana prohibition, but the STATES Act is probably the more possible one.